After a careful analysis all the tubercles result made of bone and are not constituted by metallic incrustations. As first element, it is possible to check the histological section of a rib of Alierasaurus, presented and described by Lambertz et al. (2016, figure 5, p. 11); in the section also the raised portions, forming the typical tubercles, are entirely made of bony cortex.

To be sure, a phalanx and a rib rich in surface tubercles have been scanned at micro CT-scan. The specimens were scanned at the Museum für Naturkunde Berlin using x-ray computed tomography (phoenix|x-ray nanotom s) at 110kV, 190µA for 1400 / 360° projections / segment of the multiscan, and an exposition timing of 750 ms / projection. The specimen was scanned at a magnification ratio of x 1.54100859, and an effective voxel size of 0.03244628 mm as well as an additional calibration value of 1.313.

The smaller rib fragment was scanned using x-ray computed tomography at 120kV, 200µA for 1400 / 360° projections / segment of the multiscan, and an exposition timing of 750 ms / projection. The specimen was scanned at the same settings for magnification and effective voxel size, with an additional calibration value of 0.795. No filter was used. Cone beam reconstruction for all specimenswas performed using datos|x-reconstruction software (GE Sensing & Inspection Technologies GmbH phoenix|x-ray) The volume was reconstructed out of 1400 saved 16bit - tagged image files (TIF) for each scan.

With this method, metal crusts are clearly identifiable, being represented by a shiny silver patina. As shown in Appendix 1.1 some tubercles (in the bottom right of the phalanx) have a thin metal coating that superficially covers the raised structure. However, the tubercle is composed entirely of bone, without any contrast or composition change compared with the rest of the phalanx (and of the rib). In addition, in Appendix 1.2 is shown how the bones are characterized by transverse fractures, where a metallic coating is precipitated during diagenesis. Even at the macroscopic level, in two broken tubercles of the same phalanx the cortex bony tissue is very well visible.

APPENDIX 1.1. Micro CT-scan of Alierasaurus phalanx (in the right foreground) and rib (background on the left). Silver color indicates the thin metal plates. 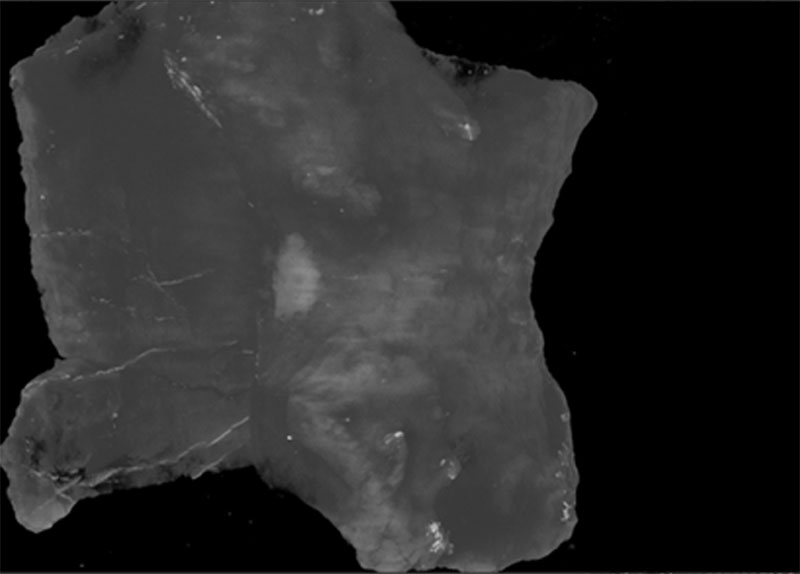 APPENDIX 1.2. Micro CT-scan of Alierasaurus phalanx (on the left) and rib (on the right); gray-light portions indicating the transverse fractures with a diagenetic metallic coating. 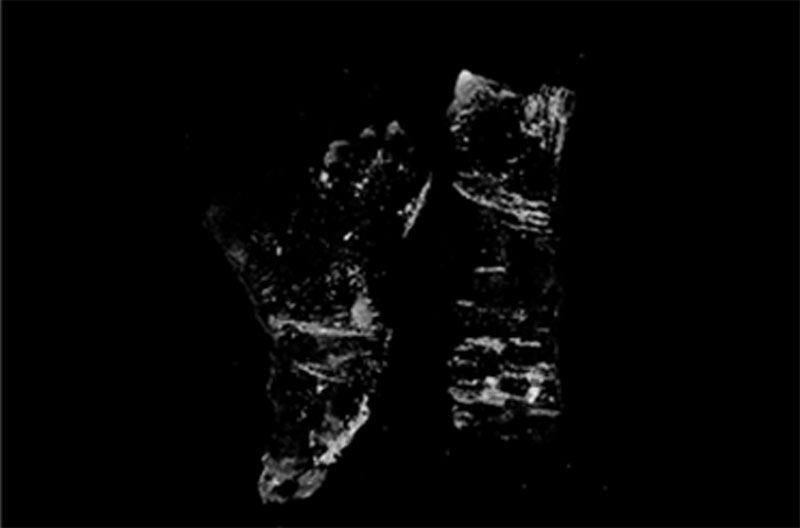 New morphometric characters considered in the analysis including Alierasaurus ronchii

In the case of Euromycter rutenus the foot is not preserved in the holotype, then the hand was used for the construction of ratios. This under the assumption that there are no major differences in metapodials and proximal phalanges between front and hind autopods in non-therapsid synapsids. 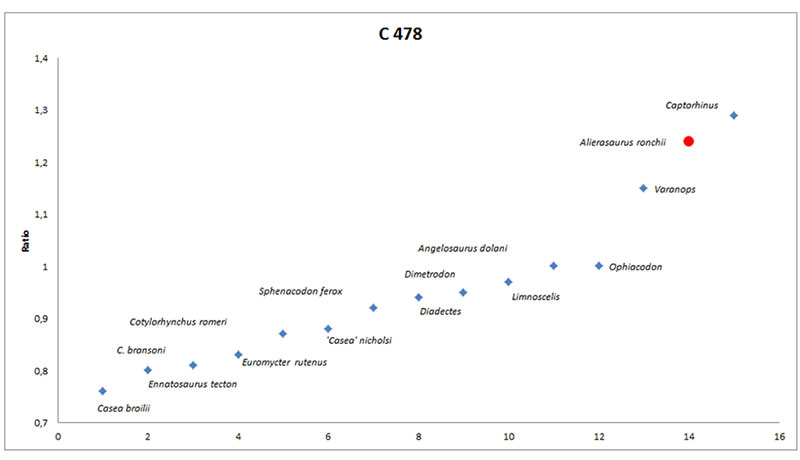 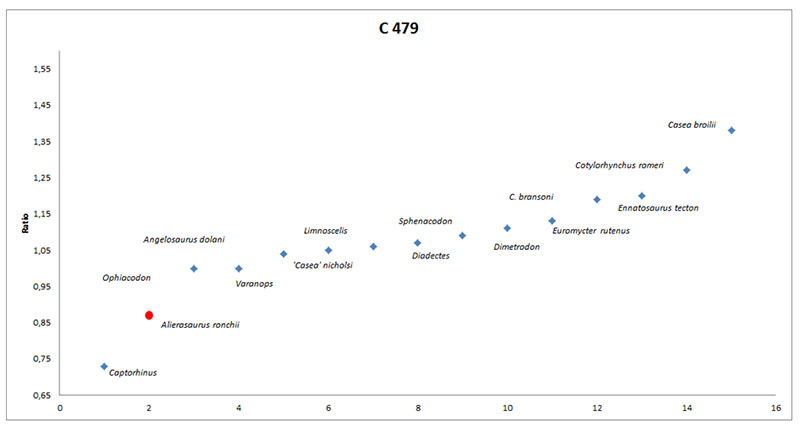 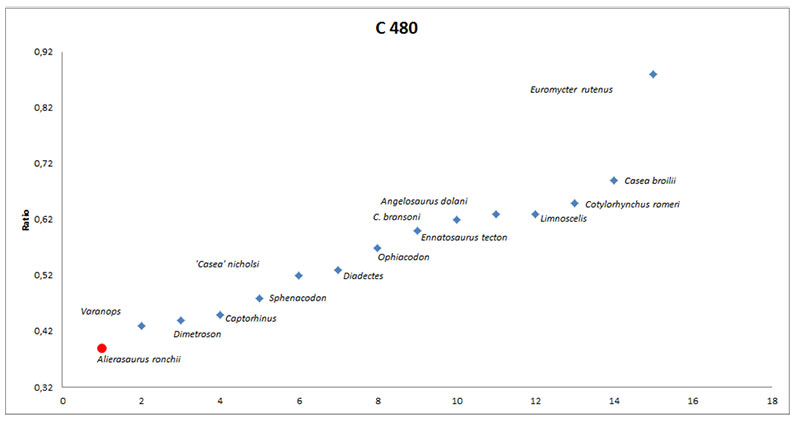 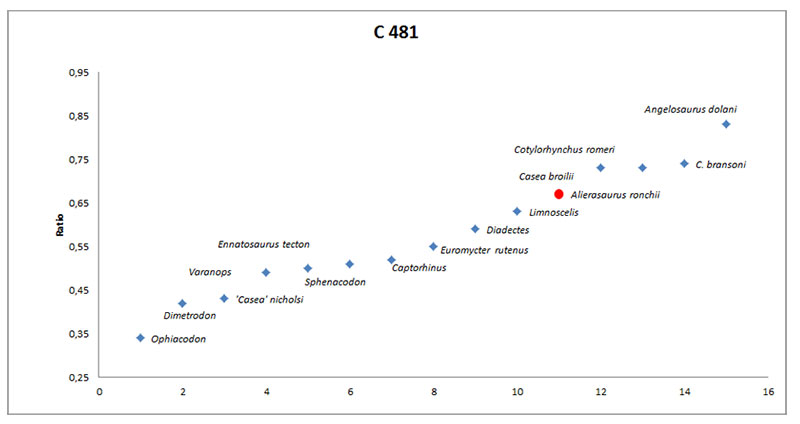 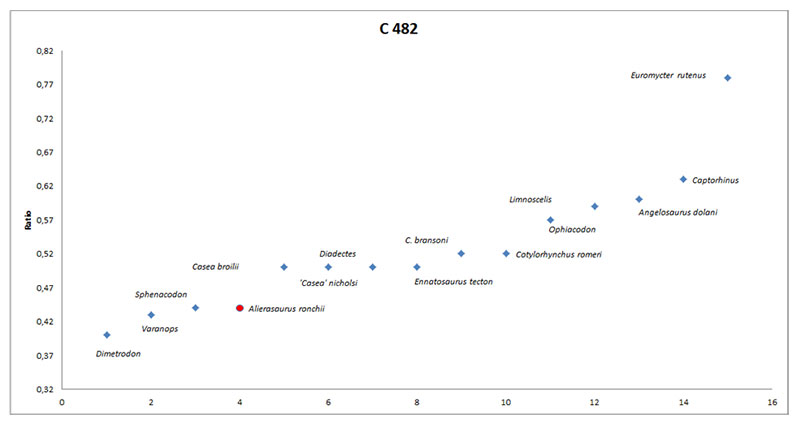