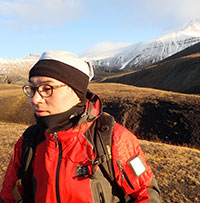 Sangmin Lee is a postdoctoral research fellow at the Deakin University (Melbourne, Australia). His research work focuses on the taxonomy, palaeobiogeography, and phylogeny of late Palaeozoic brachiopods. In particular, since 2012 he has performed geological/palaeontological field trips to Spitsbergen, Arctic Norway for reconstructing the palaeogeography, palaeoclimate, and palaeoecology in the northern margin of Pangea during the late Palaeozoic. In addition, he is developing a 3-D geometric morphometric methodology applied to brachiopod external shells, using X-ray microtomographic and laser-scanning techniques. 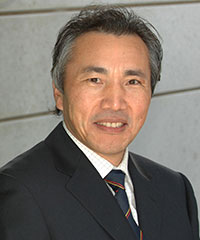 Guang R. Shi holds a Personal Chair in palaeontology at Deakin University, Melbourne, Australia, where he has been employed since 1992. His main research interests include Late Palaeozoic brachiopod taxonomy, biostratigraphy and global biogeography; and the applications of palaeontology to palaeogeographical, palaeoclimatic and plate tectonic reconstructions and macroevolution. 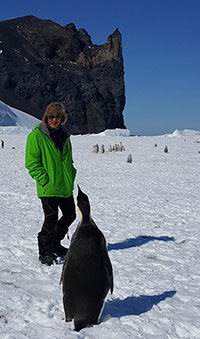 Tae-Yoon Park is a senior research scientist at Korea Polar Research Institute. He works on the Paleozoic invertebrates from Anatarctica and Greenland, with special focus on the Cambrian arthropod evolution. 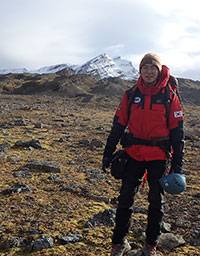 Jae-Ryong Oh is Ph.D students at the University of Science and Technology. He is a sedimentologist studying on the late Paleozoic sedimentary rocks of Svalbard, Arctic Norway. 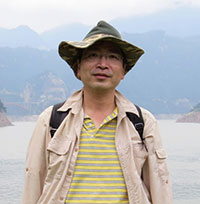 Horng-Sheng Mii is a professor of the National Taiwan Normal University. His research interest is mainly to reconstruct paleoenvironment by analyzing the stable carbon and oxygen isotope compositions and elemental concentration of carbonate fossil shells. He is collaborating in many paleoenvironmental projects including studying fossil brachiopods collected from Devonian to Permian, foraminifera obtained from Quaternary marine cores, and Holocene molluscs collected from archaeological sites. 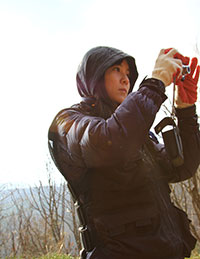 Mirinae Lee is now a Ph.D. candidate of the Andong National University in Korea; she will graduate Ph. D. course in August, 2017. Her research interest is focused on paleoecology, paleobiogeography and paleobiology of Early Paleozoic corals and coral-like organisms, especially from China.