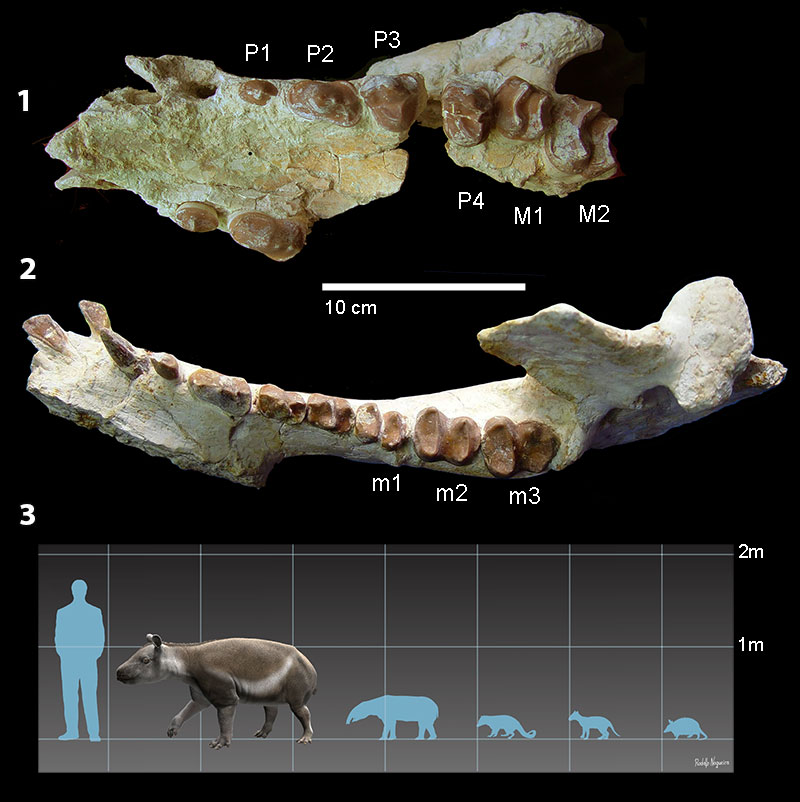 FIGURE 2. Carodnia vieirai (UFRJ-DG 315M), vertical (2.1-2) and transverse (2.3) sections of a left p1 in reflected light images (RLM). The grounded, etched and sputter coated sections were illuminated almost tangentially from different sides, indicated by the arrows framing the lamps. Areas of similar prisms orientation reflect in the light in the same intensity. The vertical section (2.1) is passing through the tip, whereas (2.2) shows the labial side, about the midpoint. All sections show the difference between the inner and the outer zone. The location of the light bulb in each photography shows where the illumination come from. 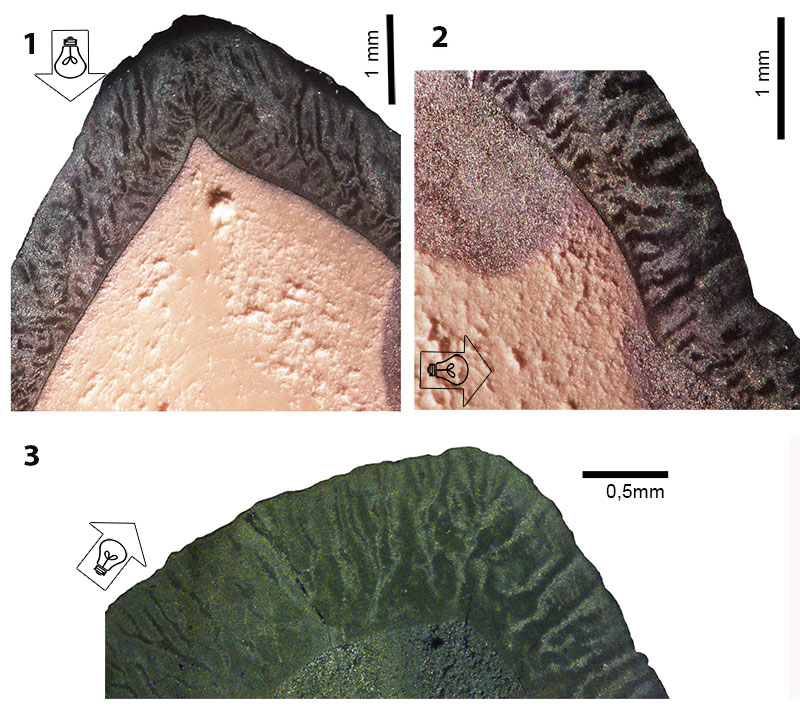 FIGURE 3. Crystallites and prisms in the enamel of Carodnia vieirai. SEM images. (3.1) Prisms in a tangential section (KOE 4122) with open prism sheaths. The crystallites are not visible. (3.2) Crystallites forming prisms and inter prismatic matrix in a tangential section (KOE 4212a). The rounded prisms have a closed prism sheath. (3.3) Transversal section of UFRJ-DG 315M showing prisms in cross-section with open prism sheaths etched away and appearing as a trench. (3.4) Prisms in HSB show different directions. One set occurs in cross-section the other more tangentially. Detail from the outer layer in a transverse section (KOE 4212e). (3.5) The enamel near the outer enamel surface in a transverse section (KOE 4121d). The prisms continue until the OES. IPM - interprismatic matrix, OES - outer enamel surface,.P - prisms, PS - prism sheath. 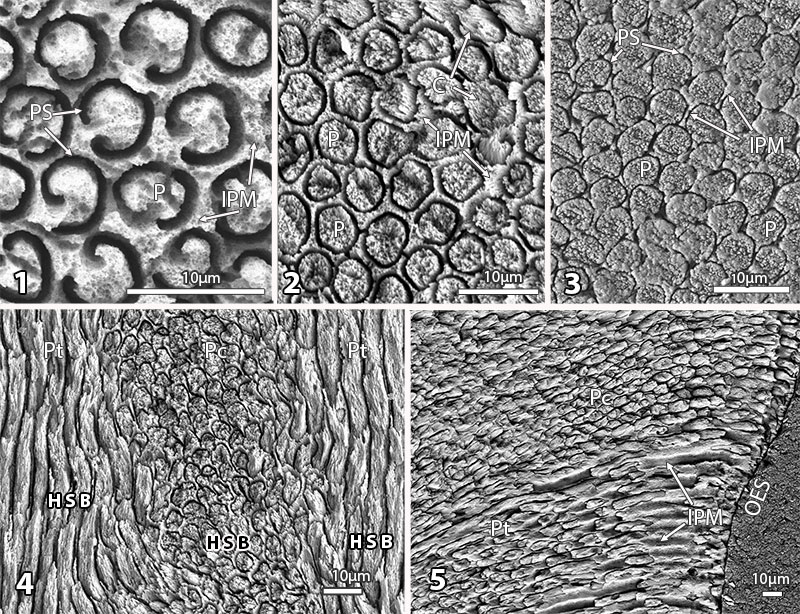 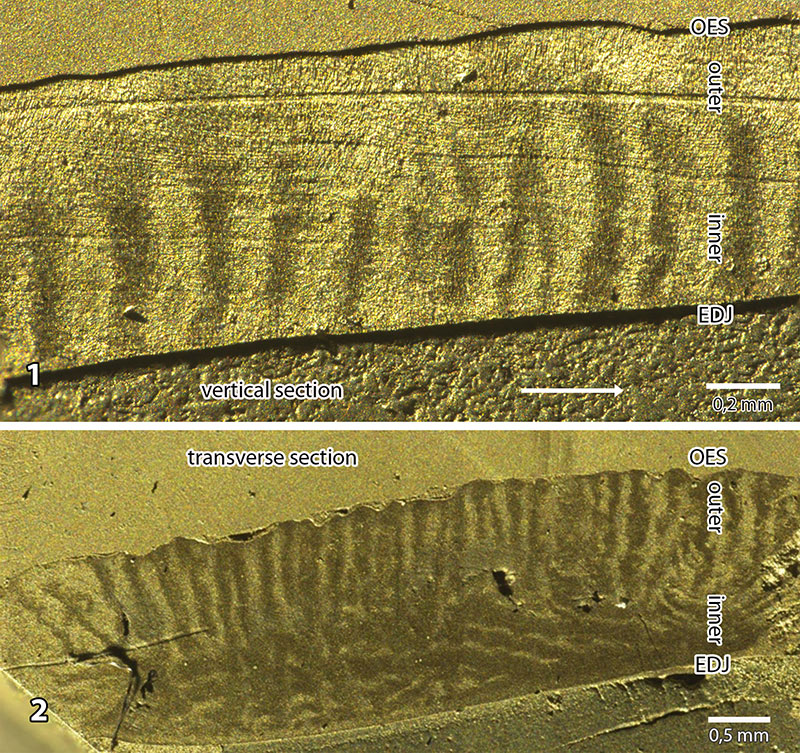 FIGURE 5. Transverse section of the enamel in Carodnia. Mosaic of two SEM images of KOE 4121, which shows the innermost zone of radial enamel, the inner zone of transverse HSB and the outer zone of vertical HSB. EDJ - enamel-dentine junction, OES - outer enamel surface. 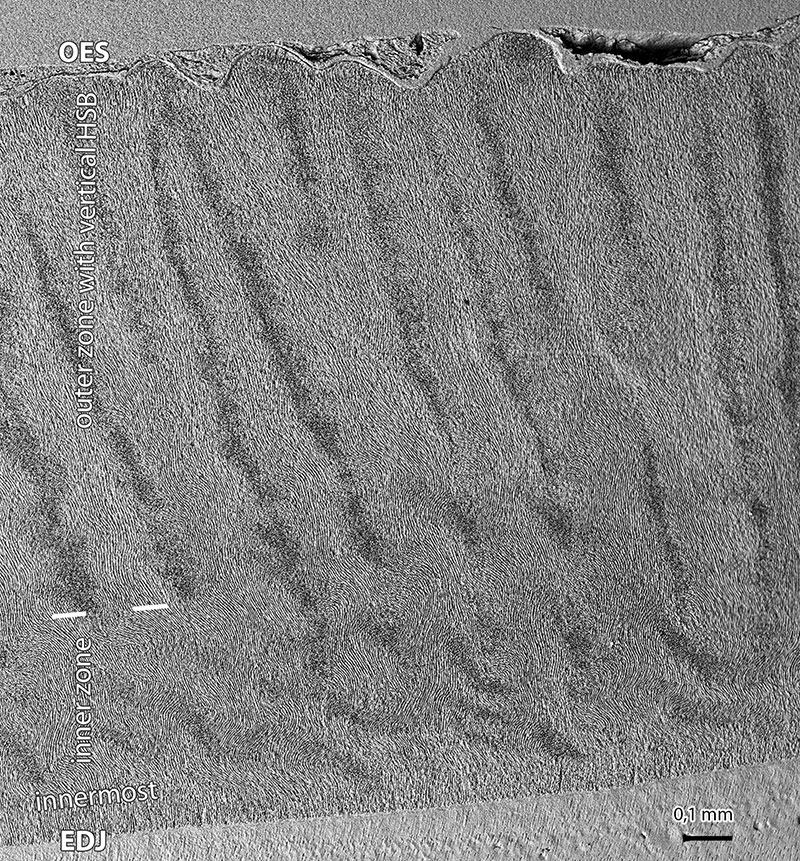 FIGURE 6. Vertical Hunter-Schreger bands in tangential sections of the enamel of Carodnia vieirai (KOE 4121). (6.1) and (6.2) show the orientation of the HSB illuminated in RLM. Note in (6.2) the changing direction towards the outer rim at the right. In higher magnification in the SEM image (6.3) the transitional zones appears somewhat darker. 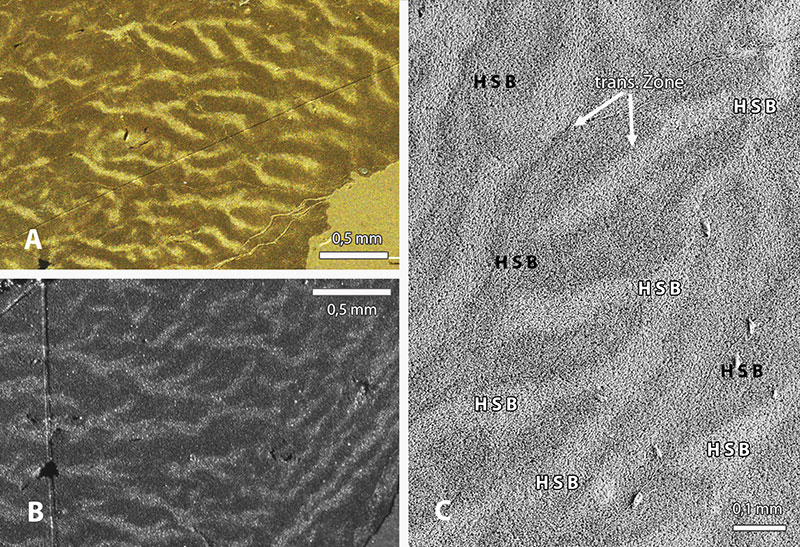 FIGURE 7. Tooth wear in the bilophodont molars of Carodnia vieirai. (7.1) Initial facets on the distal sides of the anterior loph of the left m2 (paratype, DGM 334M). (7.2) Planar wear facets on m2-m3 in a later stage of wear (holotype, DGM 333M). (7.3) Scheme for three stages of the interaction of lophs during phase I of the power stroke: cutting, compressing, central occlusion (modified from Koenigswald, 2014). (7.4) Mastication compass symbolizing the jaw moment in almost mesial direction with a high inclination. 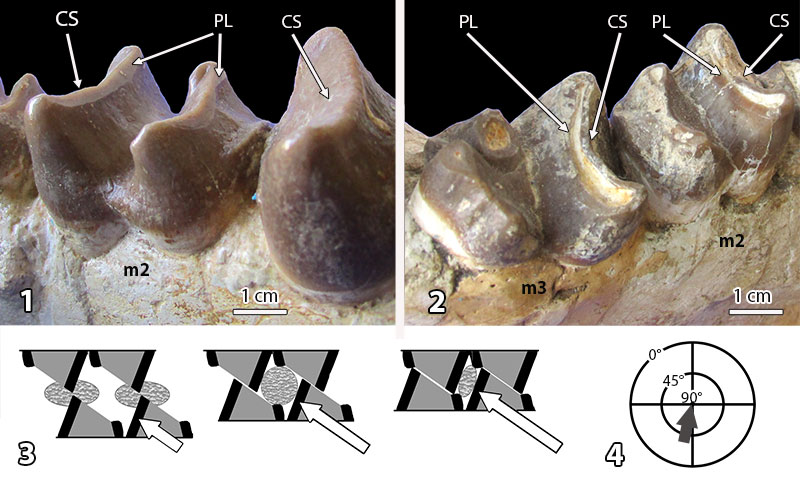