Belemnites around the KTB: Authors 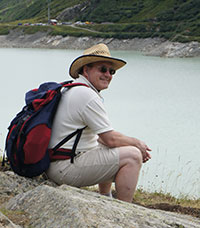 Norbert Keutgen is a palaeontologist with a special interest in belemnite research, especially of the genera Belemnella and Belemnitella. He received his doctoral degree in Natural Sciences in 1996 on biostratigraphy and paleoecology of the lower Maastrichtian invertebrate fauna in the Maastricht (The Netherlands) – Aachen (western Germany) region. This area has remained his main area of paleontological interest. His current research focuses on the bioclast approach of P.J. Sjeuf Felder and intends to interpret this data with respect to influences of orbital forcing in order to deduce Milankovitch cycles. 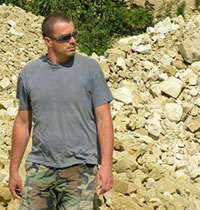 Zbyszek Remin completed his MSc and PhD theses at the Faculty of Geology of the University of Warsaw. His special interests concern the objectification of classification procedures in taxonomical study, as those of fundamental importance for the biostratigraphy and paleobiogeography, by the application of unsupervised Kohonen Neural Networks. He works mainly with upper Cretaceous cephalopod belemnites and ammonites from Europe and North America. Current studies are devoted to the Campanian and Maastrichtian belemnites form the US Atlantic Costal Plain (New Jersey) as well as selected aspects of sedimentological processes at the K-Pg boundary (Cretaceous-Paleogene boundary). Zbyszek is experimenter – he developed a new method of foraminifera extraction by the use of the liquid nitrogen [=LN2] as well as linked enigmatic Neoproterozoic structures with the impression of falling hailstones generated in his lab. 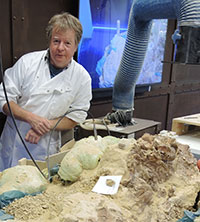 John Jagt has been curator of palaeontology at the (municipal) museum since 1991, specializing in Late Cretaceous (Santonian-Maastrichtian) and earliest Paleogene (Paleocene) invertebrates such as echinoderms, decapods crustaceans, ammonoid and coleoid cephalopods and some other smaller groups. From time to time, he is also in charge of projects revolving around the excavation, transportation and subsequent preparation of skeletal remains of mosasauroid reptiles from the Maastrichtian type area. A team of around 25 private collectors, from all walks of life, consider the Maastricht museum as their home turf where amassing data on Late Cretaceous and early Paleogene faunas and floras are concerned; John serves as a local co-ordinator of these activities.