Brachiopods of the Forteau Formation: Authors 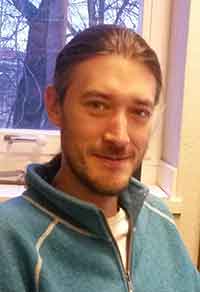 Christian B. Skovsted is Senior Curator of invertebrate palaeontology at the Swedish Museum of Natural History, Stockholm, Sweden. From 2014 he also serves as Editor of GFF, the scientific journal of the Geological Society of Sweden. He received his PhD from Uppsala University in 2004 with a thesis concerning the Early Cambrian fauna of Small Shelly Fossils (SSF) from North East Greenland. Since then he has expanded his work to include Cambrian SSF faunas from all parts of the globe. In recent years he has mainly concentrated on the scleritome structure and taxonomy of the problematic tommotiids and their close relatives, the brachiopods. 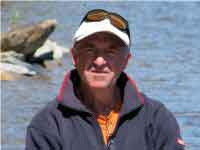 Ian Knight is a project geologist in the mapping section of the Geological Survey of Newfoundland and Labrador. He principally studies the stratigraphy of and maps the Lower Paleozoic shelf succession of the western Newfoundland. He also has worked on the Cambrian-Ordovician shelf succession in North-East Greenland with the Geological Survey of Greenland, the Carboniferous basins of western Newfoundland and the Proterozoic Ramah Group in northern Labrador. 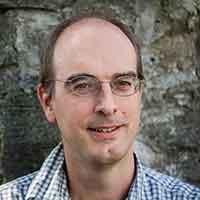 Uwe Balthasar did his undergraduate at the Philipps-Universität Marburg (Germany) before moving on to do a PhD at Cambridge on early Cambrian brachiopods and fossil preservation. After postdocs in Uppsala and Glasgow, he took up a lectureship in Palaeontology at Plymouth University in 2014. In addition to his interest in the early evolution of brachiopods and fossil preservation, he is interested in the nature of aragonite-calcite seas and how they impacted on the evolution of biomineralisation. 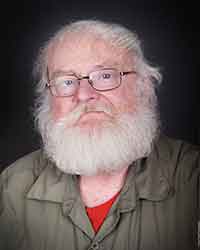 W. Douglas Boyce specializes in Cambrian to Silurian trilobite faunas, and sometimes molluscs, fish and plants. He has been the Paleontologist for the Government of Newfoundland and Labrador, Canada since mid-1984. He also serves as Associate Curator of Paleontology, Provincial Museum Division, The Rooms Corporation of Newfoundland & Labrador. He received his MSc from Memorial University in 1984 with a thesis documenting new Early Ordovician trilobite faunas from the Boat Harbour and Catoche formations of western Newfoundland. He is a Past Chair of the Geological Association of Canada’s Paleontology Division and a Past President of the GAC Newfoundland Labrador Section.