FIGURE 1. Map with fossil sites which are currently included in the database. The numbers indicate the sites, as provided in the leftmost column in Table 1. 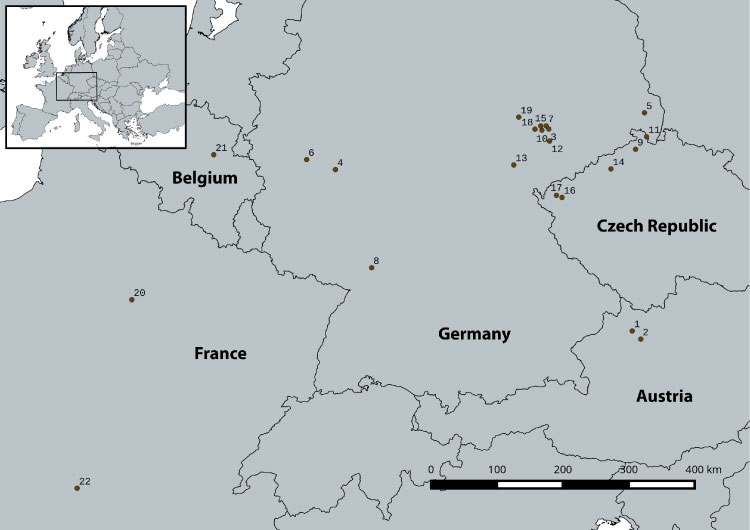 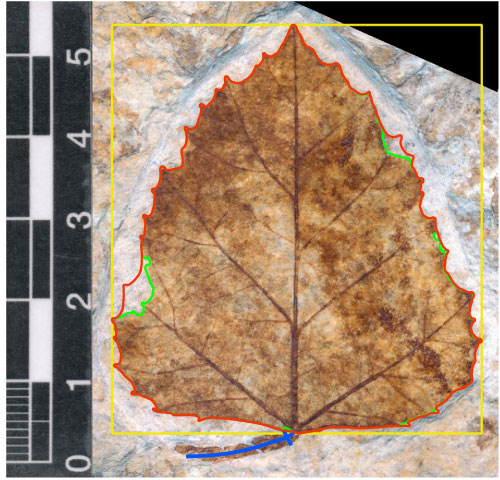 FIGURE 3. Frequency of toothed and untoothed leaf margins for the Paleocene, Eocene and Oligocene, obtained for 3214 specimens in MORPHYLL. Significance level (Pearson Chi-Square) < 0.001. 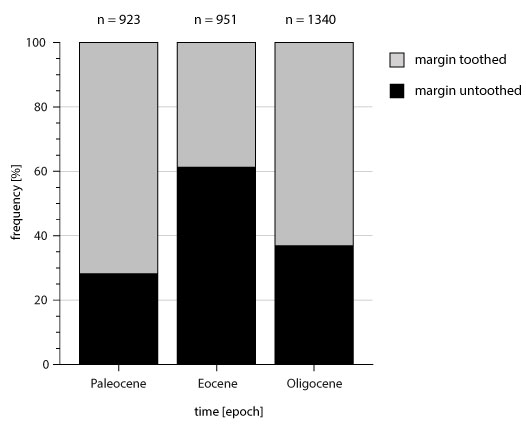 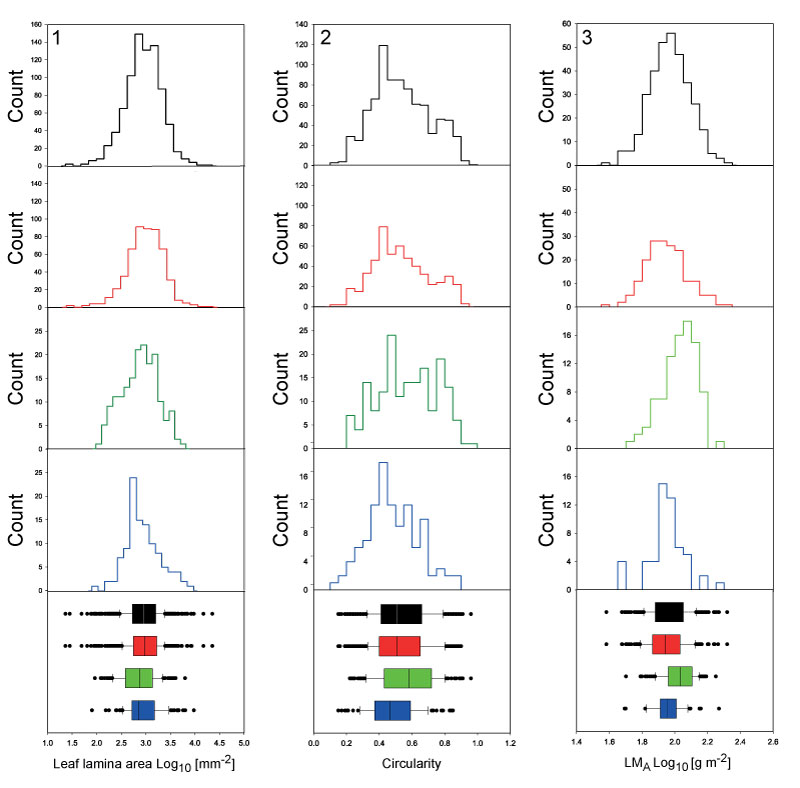 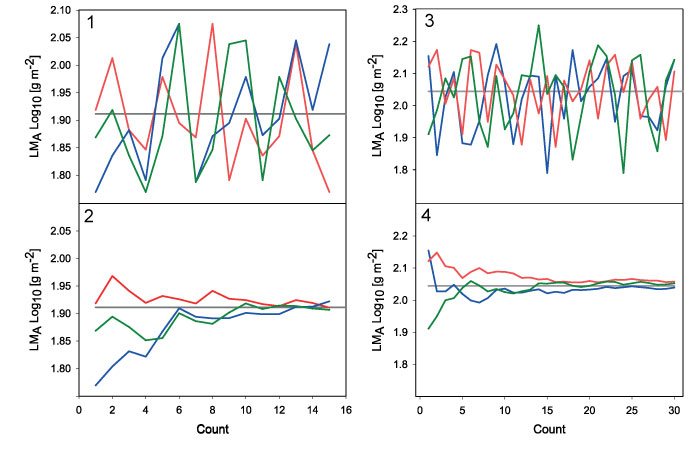