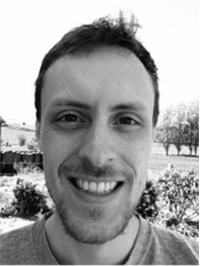 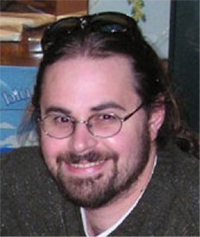 Mark Sutton is a Senior Lecturer in the Department of Earth Science & Engineering, Imperial College, London. He received his PhD on brachiopod taxonomy from the University of Cardiff in 1996, and his subsequent research centres around three-dimensional reconstruction and phylogenetic analysis of Palaeozoic invertebrates, including arthropods, molluscs, brachiopods, echinoderms and more besides. His research interests extend to other applications of three-dimensional reconstruction and computer modelling in Palaeontology, including evolutionary and phylogenetic modelling. He is best known for work on the Silurian-aged Herefordshire Lagerstätte. Mark is an editor for Palaeontologia Electronica. 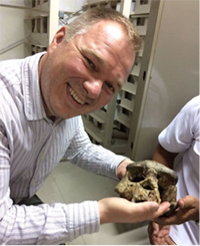 Samuel Turvey is a Senior Research Fellow at the Institute of Zoology, Zoological Society of London. He received his BA and D.Phil from the University of Oxford. His work encompasses both past and present human impacts on biodiversity, from research into the magnitude and dynamics of extinctions during the Late Pleistocene and Holocene, to science-based conservation management of some of the world's most highly threatened species.