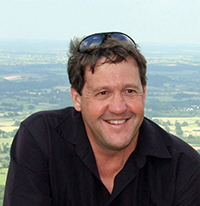 Paul Murphey received a doctorate in geological sciences with an emphasis in vertebrate paleontology from the University of Colorado at Boulder in 2001. His professional experience includes appointments as the Collections Manager of Paleontology, Geology and Osteology in the Geology Section of the University of Colorado Museum; instructor in the Museum and Field Studies Program at the University of Colorado Museum; and graduate faculty member in the Department of Geological Sciences at the University of Colorado. He was an Associate Curator in the Department of Paleontology and the Associate Director of the Department of PaleoServices at the San Diego Natural History Museum. Dr. Murphey has been working as a consultant and Principal Investigator for paleontological resource impact mitigation projects throughout the United States for approximately 20 years. He was the Principal Paleontologist of the Paleontological Resources Program at SWCA Environmental Consultants for 11 years. In 2014, he joined Los Angeles–based Paleo Solutions as a partner and Vice President, and expanded Paleo Solutions’ services to 14 western and midwestern states. Dr. Murphey is currently a research associate in the Department of Earth Sciences at the Denver Museum of Nature and Science and the Department of Paleontology at the San Diego Natural History Museum. His research is focused on the evolutionary history, stratigraphy, biochronology, and depositional environments of Paleogene fossil mammals and associated rock units in the Rocky Mountain region and southern California. 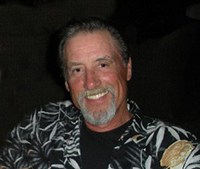 Thomas Kelly received his B.A. and M.S. degrees in Biology from the California State University at Northridge (1968 and 1969) and a doctorate in Veterinary Medicine (DVM) from the University of California at Davis (1973). He did postgraduate research concentrating on the phylogenetic systematics of heteromyid rodents at the University of California, Davis in 1973-74. Since 1988, he has been a Research Associate in the Vertebrate Paleontology Department at the Natural History Museum of Los Angeles County and has been working as a consultant for paleontological resource impact mitigation projects in California for the last 26 years. He has published 50 paleontological articles, 37 of which were in peer-reviewed scientific journals. He has been the author or co-author of a number of new taxa in the paleontological literature, including nine mammal genera, 33 mammal species and one fish species. His interests are primarily in mammalian systematics and biostratigraphy. 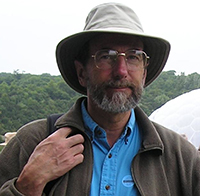 Kevin Chamberlain received a doctorate in geology from Washington University in St. Louis in 1990. He established a high-precision U-Pb geochronology lab at the University of Wyoming in 1990 and has held various research positions in the Department of Geology and Geophysics, including Research Professor from 2004 to the present. He is also adjunct faculty in Geology and Geography at Tomsk State University, Russia, starting in 2016. Chamberlain applies high-precision U-Pb geochronology to a wide variety of geologic investigations, ranging from meteoritics and Precambrian tectonics to fine-scale magmatic processes and volcanic ash dates for paleontology. He has developed methods to directly date high-grade deformation, and an in-situ technique for dating mafic rocks from polished thin sections, ideal for meteorites and precious terrestrial samples. Chamberlain is a long-standing member of the Earthtime inter-laboratory consortium (www.earth-time.org) that is designed to calibrate U-Pb and Ar-Ar dating methods, achieve reproducible age precisions of better than 0.1% and to apply these high precision dates to timescale and paleontological questions. He has adopted the chemical abrasion TIMS technique for dating single zircon crystals and routinely produces age precisions of 0.05% or better. He is also a member of the Supercontinent Reconstruction project using the record of Large Igneous Provinces to test pre-Pangea reconstructions back to 2.7 Ga (www.supercontinent.org). Chamberlain has over 75 publications including ones in Nature, Nature Geosciences, and Proceedings of the National Academy of Sciences. 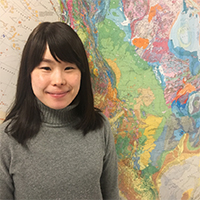 Kaori Tsukui is currently a postdoctoral associate in the Radiogenic Isotope Lab at MIT. She has a Ph.D from Columbia University in New York. Her research focus is high-precision U-Pb geochronology as well as bio-and magnetostratigraphy applied to biological records. She has primarily worked on records from the Cambrian and Paleogene. 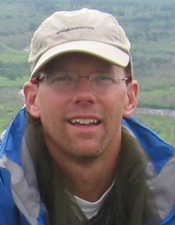 Will Clyde is the Carpenter Professor of Geology in the Department of Earth Sciences at University of New Hampshire. He is fundamentally interested in Earth history and especially in how climate change, tectonics, and other geological forces have influenced mammalian evolution and shaped the terrestrial sedimentary record. He oversees the UNH Paleomagnetism Lab where he and his students use magnetostratigraphy to help determine the age of terrestrial fossil assemblages so they can be compared across continents and to coeval marine assemblages.