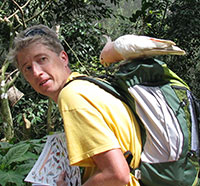 Zbigniew M. Bochenski graduated from the Jagiellonian University, Kraków, Poland in 1987 and received his PhD in 1994. He has been working at the Institute of Systematics and Evolution of Animals, Polish Academy of Sciences, Kraków, Poland since 1987. He divides his research activity between fossil and modern bird remains. He has published a number of papers on avian taphonomy, fossil and archaeological bird remains, and several works on the comparative osteology of modern birds. He was the recipient of three major one-year each scholarships, which helped him gain professional experience in other academic centers, including Germany, Switzerland and the USA. 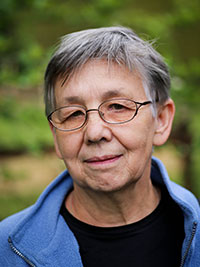 Teresa Tomek graduated from the Jagiellonian University, Kraków, Poland in 1967 and received her PhD in 1976. She worked at the Institute of Systematics and Evolution of Animals, Polish Academy of Sciences, Kraków in 1971-2017; currently she is a volunteer there. She published more than 60 scientific papers on various aspects of ornithology, paleontology and comparative osteology of birds. Teresa took part in eight ornithological expeditions to the Democratic People's Republic of Korea. 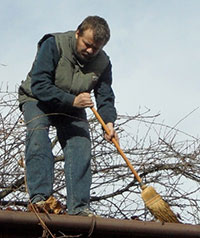 Krzysztof Wertz graduated from the Jagiellonian University with a degree in biology in 2006. He works at the Institute of Systematics and Evolution of Animals, Polish Academy of Sciences as a biologist and curator of the bird comparative collection. He has been participating in a number of scientific projects, including archaeological excavations and descriptions of new species. He often refers to himself in the third person. 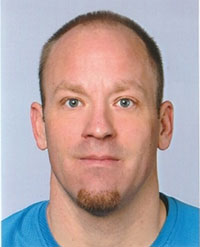 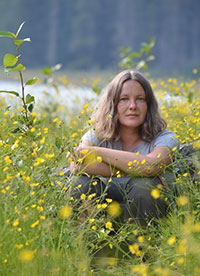 Małgorzata Bujoczek graduated from the University of Agriculture, Kraków, Poland in 2005 and received her PhD in 2011. Her research includes biology and ecology of modern birds, protection of bird habitats, especially forest habitats. Her specialization is identification of feathers and their application in research. Many of her works are based on information contained in feathers. As a ringer she is a co-worker of the Polish Ringing Centre. 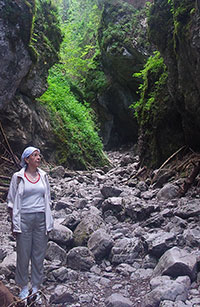 Ewa Swidnicka graduated from the Adam Mickiewicz University in Poznań with master’s studies degree in the field of Earth Sciences in 1978. She gained paleontological experience under the direction of a paleontologist Professor Anna Jerzmańska in the Department of Palaeozoology, University of Wrocław. She is a co-author of a number of scientific articles, mostly on fossil fishes, birds and also insects including a monographic work on fossil fishes from the Oligocene-Miocene deposits based on about 200 exposures from the Polish Flysch Carpathians. Although she has already retired, Ewa is still working on paleontological materials from the outcrops of Paleogene and Neogene sediments in the Polish Carpathians.