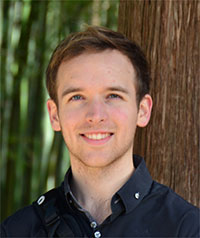 Stanislas Rigal is master student in Earth Sciences and Biology at the École Normale Supérieure de Lyon. His research internships conduct him to explore Palaeontology, Archaeology and Ecology. His current research activity focus on biological conservation through the study of biological community responses to climate change and anthropic pressures in particular for bird population in Europe. 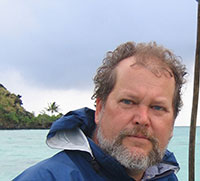 Patrick V. Kirch is Chancellor's Professor Emeritus at the University of California, Berkeley, and Curator of Oceanic Archaeology in the P. A. Hearst Museum of Anthropology at Berkeley. Kirch received his B.A. from the University of Pennsylvania and Ph.D. from Yale University. Before joining the Berkeley faculty in 1989 Kirch held positions at the Bernice P. Bishop Museum (Honolulu), the University of Hawai‘i, and the University of Washington. Kirch uses islands as “model systems” for understanding both cultural evolution and the complex dynamics between humans and their island ecosystems. He has carried out archaeological fieldwork in the Mussau Islands, Solomon Islands, Tonga, Samoa, Futuna, the Cook Islands, Society Islands, Mangareva Islands, and Hawaiian Islands. Kirch is a member of the U.S. National Academy of Sciences, American Academy of Arts and Sciences, and the American Philosophical Society. Among his honors are the John J. Carty Award for the Advancement of Science (NAS), the J. I. Staley Prize (School for Advanced Research), the Herbert E. Gregory Medal (Pacific Science Association), and the Nayacakalou Medal (The Polynesian Society). 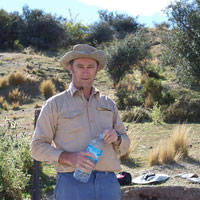 Associate Professor Trevor Worthy is an avian palaeontologist and has researched Australasian and Pacific avifaunas for many years. He studied at Waikato University, Hamilton, and Victoria University, Wellington, and thereafter researched the composition and palaeoecology of the New Zealand Pleistocene and Holocene avifaunas for 20 years. He then undertook a belated PhD in Adelaide University, graduating in 2008, then was awarded a DSc in 2011 for publications on New Zealand and Pacific faunas. Now a Vice Chancellor's Fellow at Flinders University, he studies the origin and composition of the Australasian Oligo-Miocene avifaunas through research in South Australia and on the St Bathans Fauna from New Zealand, but has continued to make contributions on Pacific faunas.