Mapping the past: Figures 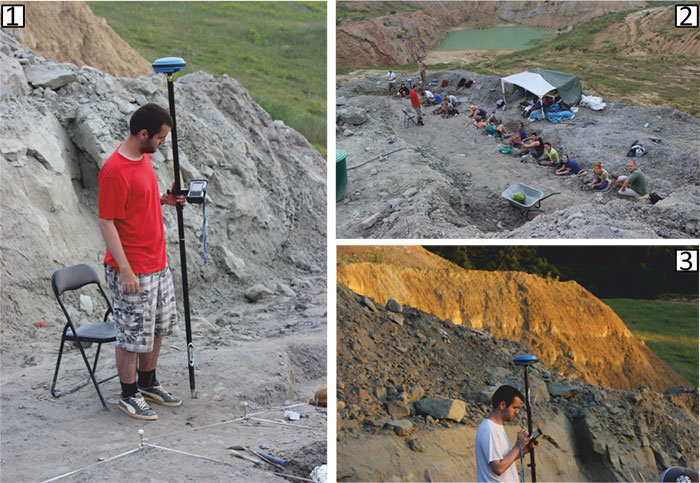 FIGURE 2. Data tables (worksheets) of the relational database reconstructed in Excel from the surveying file. The arrows indicate the linking fields between the tables. Note that the “geometry” table containing the base and top layer positions is not connected to the other data tables in Excel (see Supplementary 1). 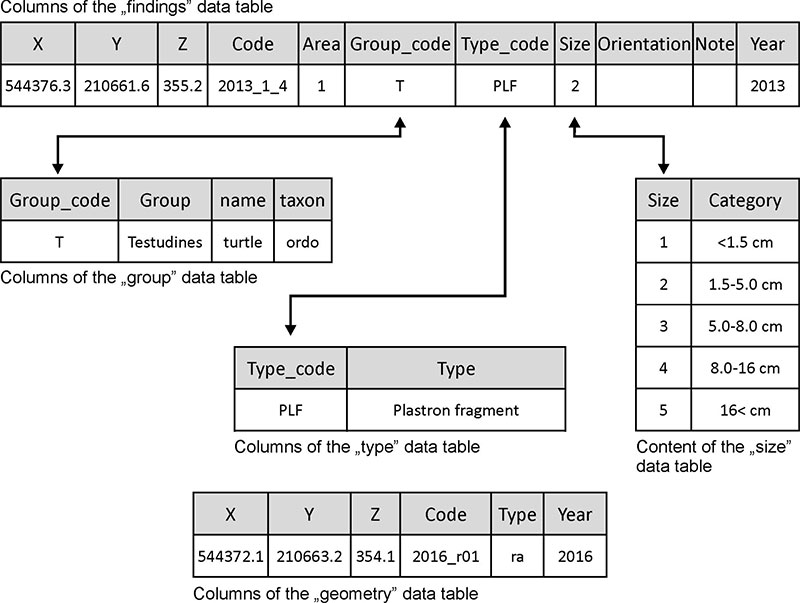 FIGURE 3. Geometry of a complex spatial query around three base points (N= Nodosauridae). The taxonomical groups to be searched are: D= Dinosauria, MO= Mochlodon, TE= Tetanurae, and the N itself. The result is one full and one partial match for the three base points. Identified possible connections are marked with continuous lines. 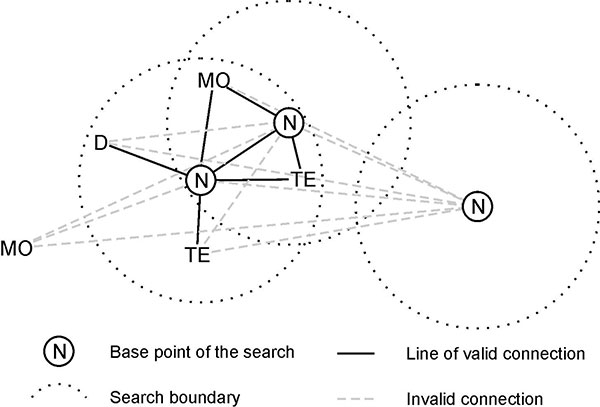 FIGURE 4. User Interface of the spatial querying macro (GroupSelect). The displayed query shows a selection of 825 findings from the taxonomical group of N as the geometrical base of the query. The macro searched for the matching cases regarding the taxonomical groups of D, MO, N and TE within 40 cm from the 825 base points. All anatomical types were examined. Full matches were not found, only partials were present meaning that at least one of the taxa in the list is identified within the specified sphere. 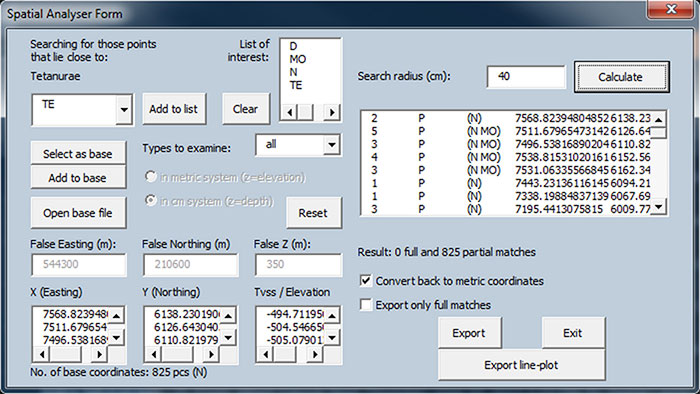 FIGURE 5. Stratigraphic model of the Late Cretaceous Iharkút bonebed (site SZ-6) seen from the North representing the base (1), top (2) layer boundaries and the findings (black dots).

FIGURE 6. View of the volumetric model of the Late Cretaceous Iharkút bonebed (site SZ-6) from the South, coloured according to the vertical thickness of a single cell unit (voxel). The horizontal resolution of the model is 20x20 cm and separated into three inner layers. 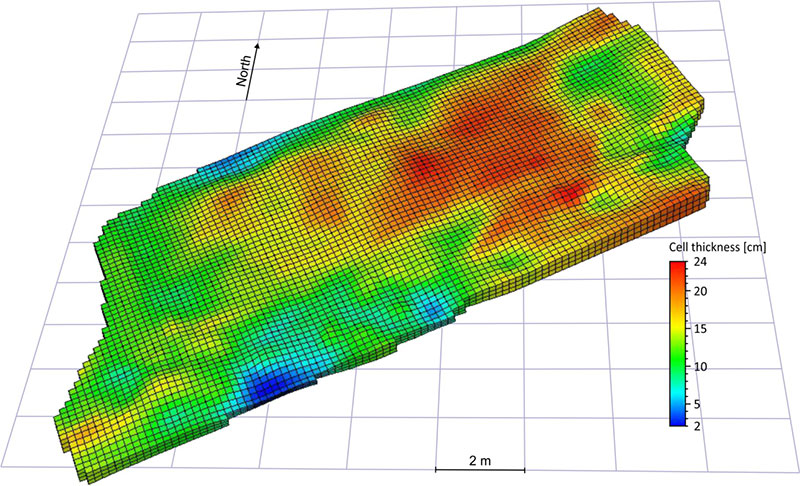 FIGURE 7. Relative frequency of doublings in the four most numerous groups (nodosaurid ankylosaur, turtle and sauropsid bones and coprolites) discovered in the Late Cretaceous Iharkút bonebed (site SZ-6), western Hungary. A doubling occurs when the increase of similar taxa was doubled relative to the previous distance interval. 12.5-17.4% of the doublings were registered in the 10-20 cm interval. The numbers in brackets indicate the counts of the group in the database. 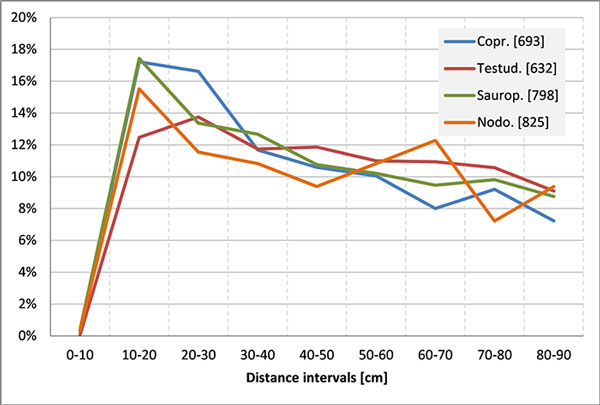 FIGURE 8. Density and diagram-map of all findings in the Late Cretaceous Iharkút bonebed (site SZ-6) during 2013-2016 excavations. 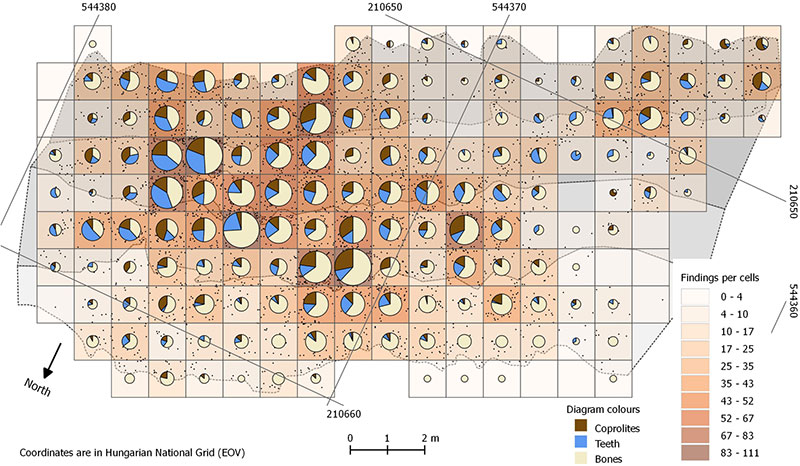 FIGURE 9. Visualization of the volumetric model of the bonebed at the Late Cretaceous Iharkút locality (site SZ-6), showing the density distribution of findings per voxels excluding the cubicles which contained only one fossil, or did not contain any fossils. Black dots are the locations of the findings; grey surface indicates the base layer with contour lines (20 cm intervals). The view is from a NW aspect.

FIGURE 10. Horizontal distribution of the bones of varying sizes from the Late Cretaceous Iharkút vertebrate locality. 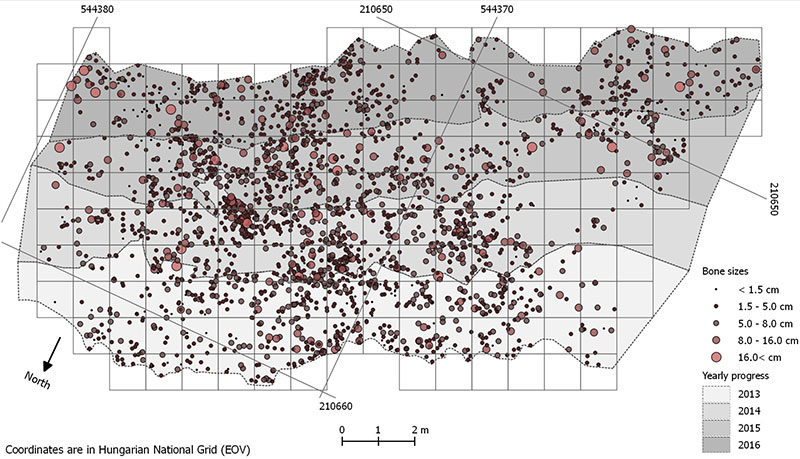 FIGURE 11. Vertical distribution of bone materials from the Late Cretaceous Iharkút vertebrate locality grouped by their sizes. On the left (1) the absolute distances are shown on the vertical axis, while on the right (2) the distances are normalized to the thickness of the bonebed. 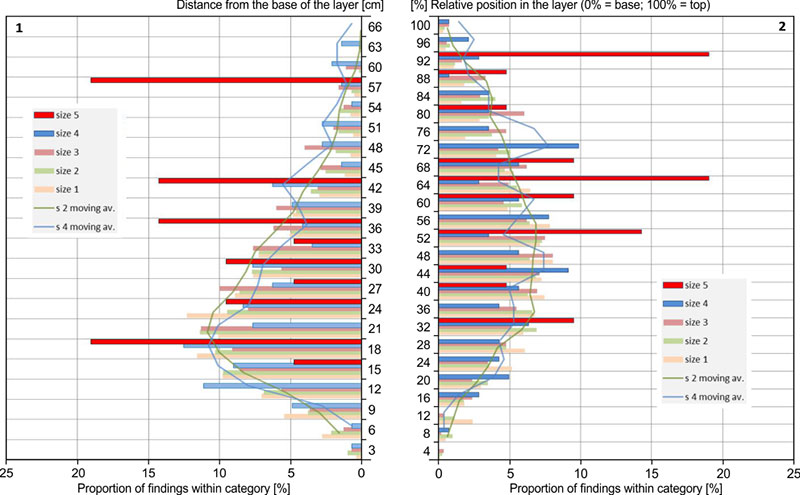 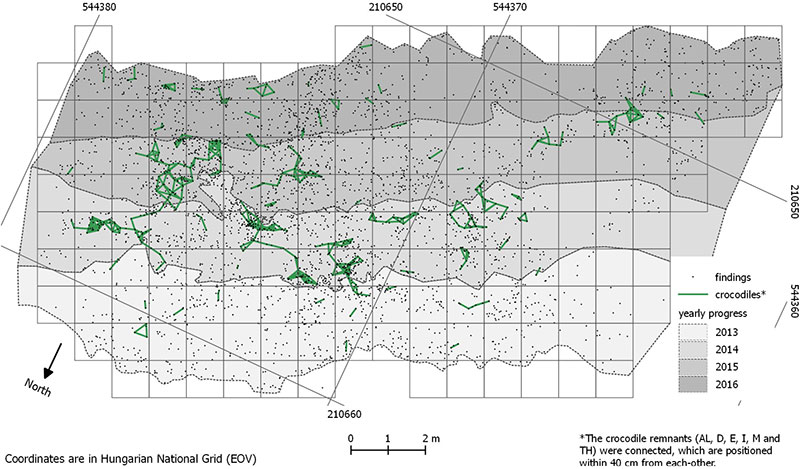 FIGURE 13. The changing pattern of the Nodosauridae bone associations amongst fossils at the Santonian Iharkút locality (site SZ-6). 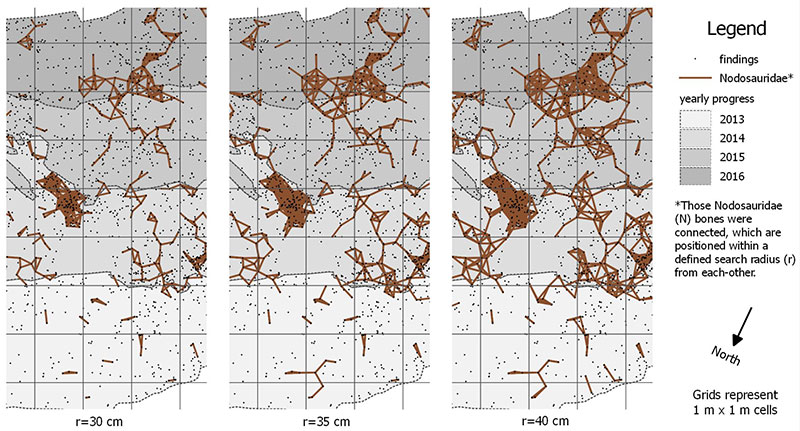