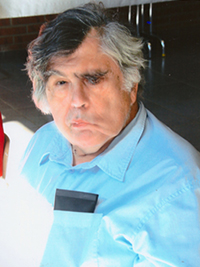 Daniel Vachard is 70 years old. He is retired from the CNRS (French Scientific Investigation Center) and University of Lille (France). His topics are the micropalaeontology of the smaller foraminifers, fusulinids, and calcareous algae, and their biostratigraphy, palaeoecology and palaeobiogeography. He has largely contributed to the Givetian to Triassic stratigraphy, and especially the Carboniferous and Permian stratigraphy, in France, Belgium, Spain, Austria, Greece, Morocco, Tunisia, Libya, Turkey, Saudi Arabia, Oman, Iran, Afghanistan, Thailand, Malaysia, Indonesia, South China, Australia, New Mexico, Mexico and Guatemala. 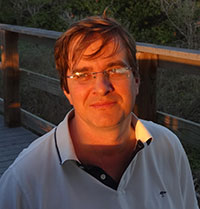 François Le Coze is 49 years old. He is an independent researcher and cooperates as an editor with the World Foraminifera Database. He extensively documented d’Orbigny’s publication from 1826, where first appeared the name Foraminifère, and actively participated with Bruce Hayward in the introduction of the foraminifera fossil species in the site WORMS. He is currently rewiewing the Paleozoic foraminiferal taxonomy with Daniel Vachard. 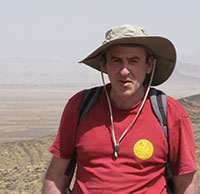 Pedro Cózar is Researcher in the Geosciencies Institute (CSIC) at Madrid (Spain). He received his MSc and PhD at the Universidad Complutense de Madrid on Geology. His PhD Project was focused on the late Mississippian foraminifers from the southwestern Spain. Since the PhD Project, his research have been focused on Mississippian foraminifers, calcareous algae and sedimentological aspects in basins of the Western Palaeotethys, including regions in Southwestern Europe and Northern Africa. 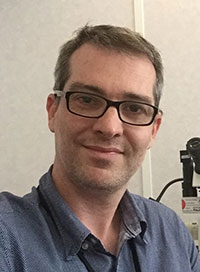 Jérémie Gaillot is Head of Biostratigraphy Team in TOTAL S.A., Pau, France. He received his MSc in Biodiversity of present-day and fossil ecosystems in 2002 from the University of Science and Technology, Lille, France. After his work on the Biostratigraphy and Palaeoecology of the Khuff Formation of the Arabian Platform at the University of Lille 1, under the supervision of Daniel Vachard, Jérémie received his PhD degree and joined TOTAL in 2006, as a biostratigrapher. In 2008, he moved on to geological operations on the rigsite first in Libya, then North Sea and finally Russia. From 2010 to 2013, Jeremie was office-based in Pointe-Noire, in Congo-Brazaville's subsidiary, as an Exploration geologist. In 2013, Jérémie returned to his specialized area of expertise, foraminiferal biostratigraphy. He's currently in charge of all the biostratigraphic studies realized at TOTAL's Pau Scientific Center.