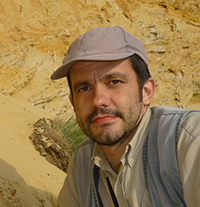 Stanislav Čermák is a paleontologist at the Institute of Geology of the Czech Academy of Sciences. He received his Ph.D. in paleontology from Charles University in Prague. His major research interests are the phylogeny, systematics, biogeography, paleoecology, and biostratigraphy of Neogene and Quaternary small mammals, primarily lagomorphs and rodents. 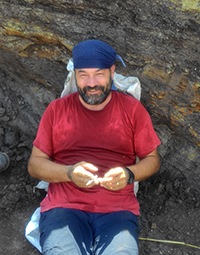 Peter Joniak finished his Ph.D. study in 2006 and since then continues as a researcher at the Department of Geology and Paleontology at the Comenius University in Bratislava. His scientific interests cover the systematics, biostratigraphy and biogeography of Miocene small mammals especially rodents. He really enjoys wearing heavy boots in fieldworks and has many experiences with prospecting and excavation of small mammal localities. Nowadays he focuses his fieldworks on continental Neogene basins from central Europe as well as from Anatolia. 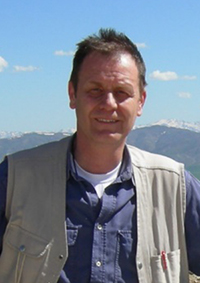 Dr. Rojay is a professor in Tectonics in METU. He is specialist on the tectonic evolution of the eastern Mediterranean area. His interests are collision tectonics in central Anatolia and evolution of ophiolitic mélange since Late Jurassic, neotectonics of eastern Mediterranean, Miocene-Pliocene tectonics, structural evaluation of metallic ore and industrial raw mineral deposits. He is teaching field geology and mapping related classes and geology of Turkey classes. He has 37 publications with 97 abstract. He is involved in more than 60 scientific with 3 of them are NSF and ESF projects and over 60 consultancy projects.