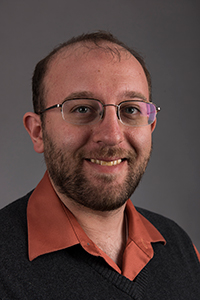 Nicholas Famoso received his bachelors (BS) in geology from the South Dakota School of Mines and Technology and his masters (MS) in geological sciences and doctorate (PhD) in earth sciences from the University of Oregon. Nick is currently Chief of Paleontology and Museum Curator at John Day Fossil Beds National Monument. His research focuses on ungulate evolution, disturbance ecology, and biostratigraphy. 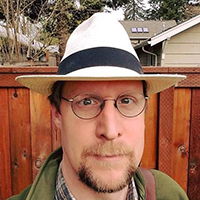 Edward Byrd Davis is the Fossil Collections Manager for the University of Oregon Museum of Natural and Cultural History, and an assistant professor in the Department of Earth Sciences. He received his B.S. from the University of Tennessee, Knoxville, and his Ph.D. from the University of California, Berkeley. He divides his time between museum curatorial nightmares, teaching in the UO Geology Department, and paleomammalogy research. His primary research interests lie in geographic range response to climate change over shallow and deep time and in ruminant artiodactyl evolution.

Samantha Hopkins is an Associate Professor of Earth Sciences in the Clark Honors College at the University of Oregon, where she has been on the faculty since 2007. She received a B.S. in biology and earth sciences from the University of Tennessee in 1999 and a Ph.D. in Integrative Biology from the University of California, Berkeley in 2006. Her research focuses on the evolution of ecology in fossil mammals, using both phylogenetic techniques and field research in the U.S. and Kyrgyzstan. She has studied the evolutionary histories of rodents and carnivores, as well as the systematics of a variety of fossil mammals. These systematic studies have led to macroevolutionary work on the evolution of diet and locomotor habits in mammals, as well as the influence of landscape and habitat change on mammalian ecological dynamics.