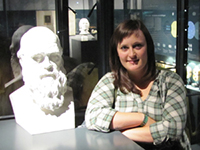 Léa Devaere is a French postdoctoral researcher at the Natural History Museum of Berlin and at University of Lille dedicated to the study of early Cambrian Small Shelly Fossils (SSFs): an understudied informal group of enigmatic skeletal microfossils of various marine invertebrates. She graduated from her PhD in 2013 at the University of Lille and spent the first year of her PhD at the Free University of Berlin to work on SSFs taxonomy. Her PhD thesis focused on the skeletal microfossils of the early Cambrian of western Gondwana, specifically from the Montagne Noire, providing data on SSFs biostratigraphic, palaeogeographic and palaeobiologic significance. After the completion of her PhD, she was temporarily employed at the University of Lille and conducted research on SSFs from Laurentia with material from Mexico and Greenland. For the past three years, she was granted a postdoctoral fellowship by the Alexander von Humboldt Foundation to study SSFs from Iran at the Natural History Museum in Berlin. Her research focuses on documenting key events associated with the ‘Cambrian explosion’. Her work contributed new knowledge about the ‘Cambrian explosion’ in three main ways: i) reconstructing the diversity, ecology, biology and phylogeny of the oldest skeleton producing invertebrates; ii) providing new biostratigraphic data to refine the early Cambrian timescale and iii) furnishing new palaeontological and stratigraphic data in poorly studied region. 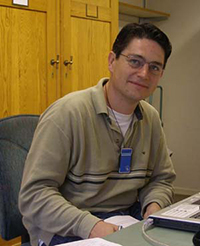 Sébastien Clausen is a French paleontologist who graduated and completed his PhD at the University of Lille where he is lecturer. His research is mainly dedicated to the evolution of ecosystems during early-mid Cambrian times with special interest in echinoderms community and associated skeletonized microfossils. He specialized in the study of disarticulated echinoderm remains, which are particularly abundant in Cambrian times and still poorly documented. His palaeobiological studies are aimed at demonstrating how important this material is for the understanding of the early echinoderm diversification. Field-geologist, he develops a multidisciplinary approach mainly based on paleontology and sedimentology. 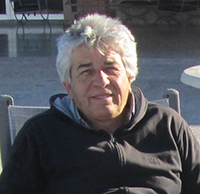 Jesús Porfirio Sosa-Leon is a scientific technician at the University of Sonora (Hermosillo, Mexico), where he graduated his B. Sc. and M. Sc. in Geology. His bachelor thesis focused on the sedimentological and lithostratigraphical description, along with mapping of the Paleozoic successions of the Sierra Agua Verde (Sonora, Mexico). His master thesis was aimed at analyzing the tertiary distensive tectonics in Central Sonora (Mexico) through remote sensing. He is currently PhD student at the University of Lille dedicated to the litho-, bio-, and chemiostratigraphic characterization of the Ediacaran-Cambrian transition in the Caborca area (Northwestern Sonora, Mexico). 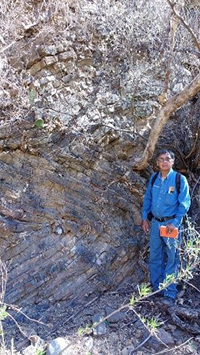 Juan J. Palafox research mainly focuses on Palaeozoic paleogeography and biostratigraphy. He completed his PhD at the University of Lille and he is a professor of field geology courses at the Universidad de Sonora (1993-2018). He participated in several Paleozoic research projects: he is currently responsible for a project focusing on the Cambrian revolution and is a collaborator of another one that studies ecosystems and biodiversity during the Paleozoic. He participated in several investigations of the Middle Cambrian of NW Mexico, in cooperation with the University of Lille and the Universidad Nacional Autonoma de Mexico. 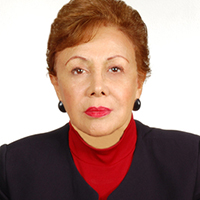 Blanca Buitrón originally graduated as a biologist and received her PhD with honors from the Universidad Nacional Autónoma de México. She is a specialist of invertebrate fossils (mainly gastropods and crinoids of the Paleozoic and Mesozoic), stratigraphy, paleoecology and paleogeographic distribution of localities of interest from Mexico, in order to contribute to the knowledge of the geological evolution of the country and its application in the investigation of non-renewable resources. 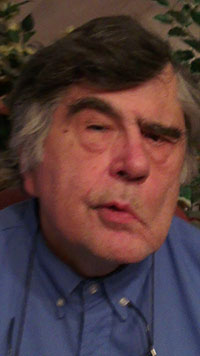 Daniel Vachard is a retired researcher from the French National Centre of Scientific Research (CNRS) and the University of Lille (France). He has 40 years of experience in the palaeontology and biostratigratigraphy of the Palaeozoic calcareous microfossils. His PhD thesis (1974) was a study of all the Palaeozoic of Montagne Noire (southern France), and his Doctorate of Sciences at Dijon University (1980) concerned the Carboniferous-Permian biostratigraphy of Afghanistan. His work deals mainly with five topics: (1) Palaeozoic smaller foraminifers; (2) Fusulinids; (3) Palaeozoic bone fide and incertae sedis algae; (4) Carbonate microfacies; and (5) Carboniferous-Permian biotratigraphy and palaeobiogeography. Daniel has contributed to the development of reference scales for numerous Carboniferous-Permian regions in the world (e.g., southern France, northern France, Carnic Alps, Morocco, Tunisia, Libya, Oman, Iran, Afghanistan, China, Thailand, Indonesia, New Mexico and Mexico). His current interest in the Cambrian re-started when he became supervisor, with Dr. Sébastien Clausen, of the PhD thesis of Miss Léa Devaere and joint investigations on the Cambrian of Mexico.