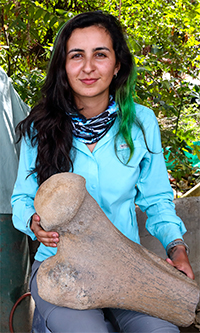 DIRLEY CORTÉS is a biologist with a BSc. from the Universidad Pedagógica y Tecnológica de Colombia. She started working on Paleontology since very early in her life near her home town Villa de Leyva (Colombia), one of the most prolific paleontological regions in Colombia. She has been involved in the Smithsonian Tropical Research Institute since 2016 gaining geological fieldwork experience in Panama (Eocene to Pliocene) and Colombia (Pleistocene). She is currently persuing graduate studies at the Redpath Museum of McGill University. Her research explores the marine palaeoecology and biodiversity of the Early Cretaceous deposits of Colombia. 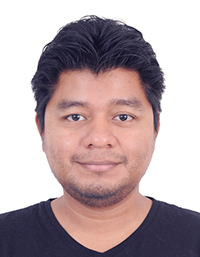 CARLOS DE GRACIA is a paleontologist with a Bachelor in Biology and Masters in Geobiology. He has expertise working on marine vertebrates and doing fieldwork in Panama, Costa Rica, Colombia and Venezuela. He has participated in researches with bony fishes, Chondrichthyans and cetaceans. Additionally, he has experience working on paleontological collections and he has contributed to create the vertebrate paleontology collection at the Universidad del Norte in Colombia. His research interest is the paleoecology and paleobiology of bony fishes in tropical America and currently will start his PhD in Paleontology at the University of Vienna. 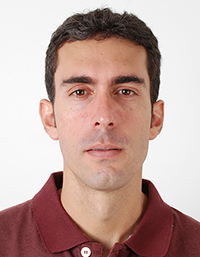 JORGE D. CARRILLO-BRICEÑO is a Geographer, Magister in Oceanography and a PhD in paleontology, with ample field experience in diverse African, European and South American countries. His research interest is the diversity, paleobiology, paleobiogeography, paleoecology and evolutionary history of Mesozoic and Cenozoic aquatic vertebrate faunas. 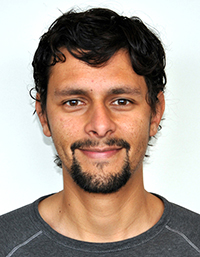 GABRIEL AGUIRRE-FERNÁNDEZ is a vertebrate palaeontologist (postdoctoral researcher) at the University of Zurich. He received degrees from the University of Baja California Sur (BSc, marine biology), University of Baja California (MSc, Oceanography), and Otago University (PhD, geology). His research mostly focuses on alpha taxonomy of whales and dolphins. He is also interested in the transition of dolphins to a freshwater habitat and the use of cladistics and morphometrics to explore phylogenetic and functional questions. 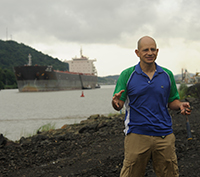 CARLOS A. JARAMILLO is a staff scientist with the Smithsonian Tropical Research Institute in Panama. His research investigates the causes, patterns, and processes of tropical biodiversity at diverse scales in time and space. Carlos is also interested in Mesozoic and Cenozoic biostratigraphy of low latitudes, developing methods for high-resolution biostratigraphy and the palaeobiogeography of Tethys. 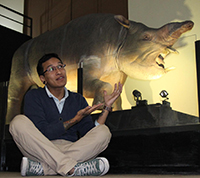 ALDO BENITES-PALOMINO is a Peruvian biologist who has been involved in the Vertebrate Paleontology Division of the Natural History Museum since very early in his life. Because of this he has been able to participate in multiple expeditions to the coastal deserts of Peru and the Amazonia rainforests searching for some of the less-known fossils of South America. His research interests are focused on understanding the diversification of toothed cetaceans prior to the establishment of modern dolphin communities on coastal environments.

JOAQUÍN ENRIQUE ATENCIO-ARAÚZ is an elementary school teacher in the Escuela Primaria Caña Blanca, Chiriquí Province, Panama, where he has spent the last 17 years. He was born in La Concepción, Bugabá, Panama. In 1997, he received a BSc. in Geography and History from the Universidad Autónoma de Chiriquí (UNACHI). He has been able to participate in field expeditions to Burica, and collect material from Pliocene localities in Panama.