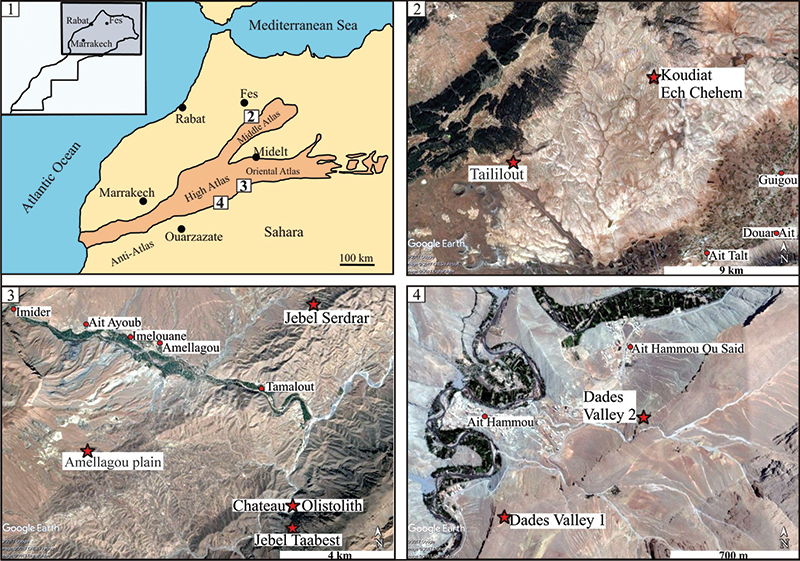 FIGURE 2. Examples of CT scan images provided by nanotom S phoenix 180 kV analysis on sample A57331-1. The slices through the coral presented in 1 and 3 are perpendicular to each other and parallel to their corresponding plan materialized by white dotted lines in 2. The annotated graduations in 2 are centimeters. 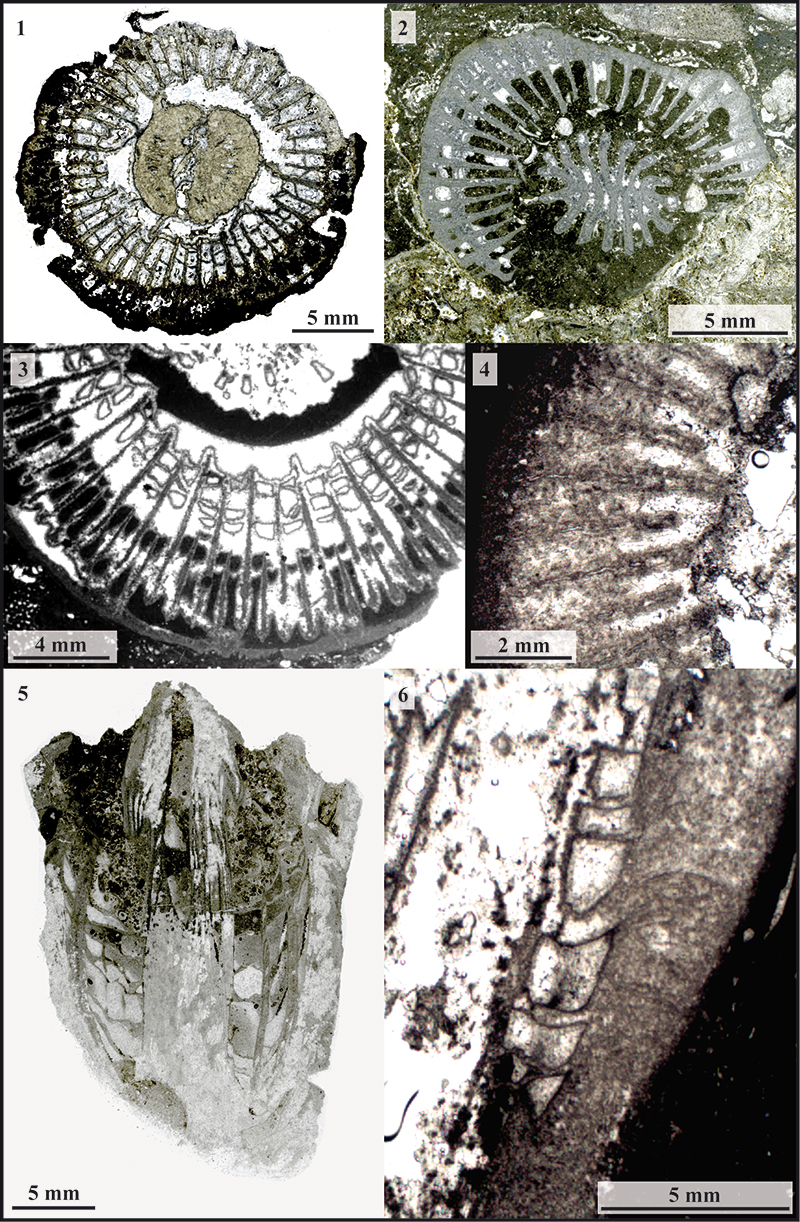 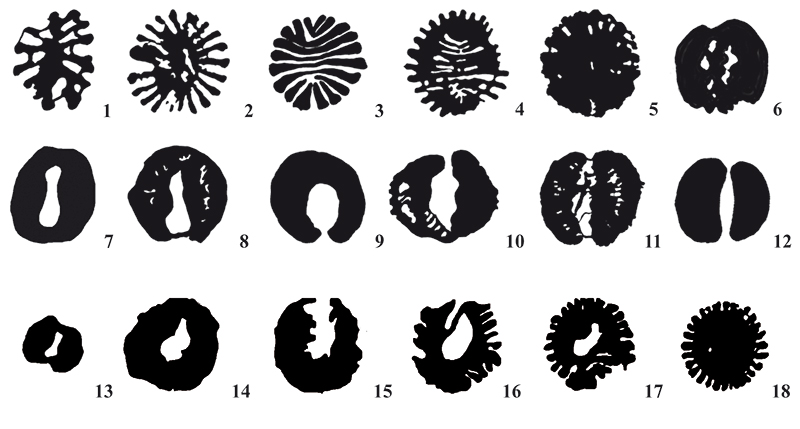 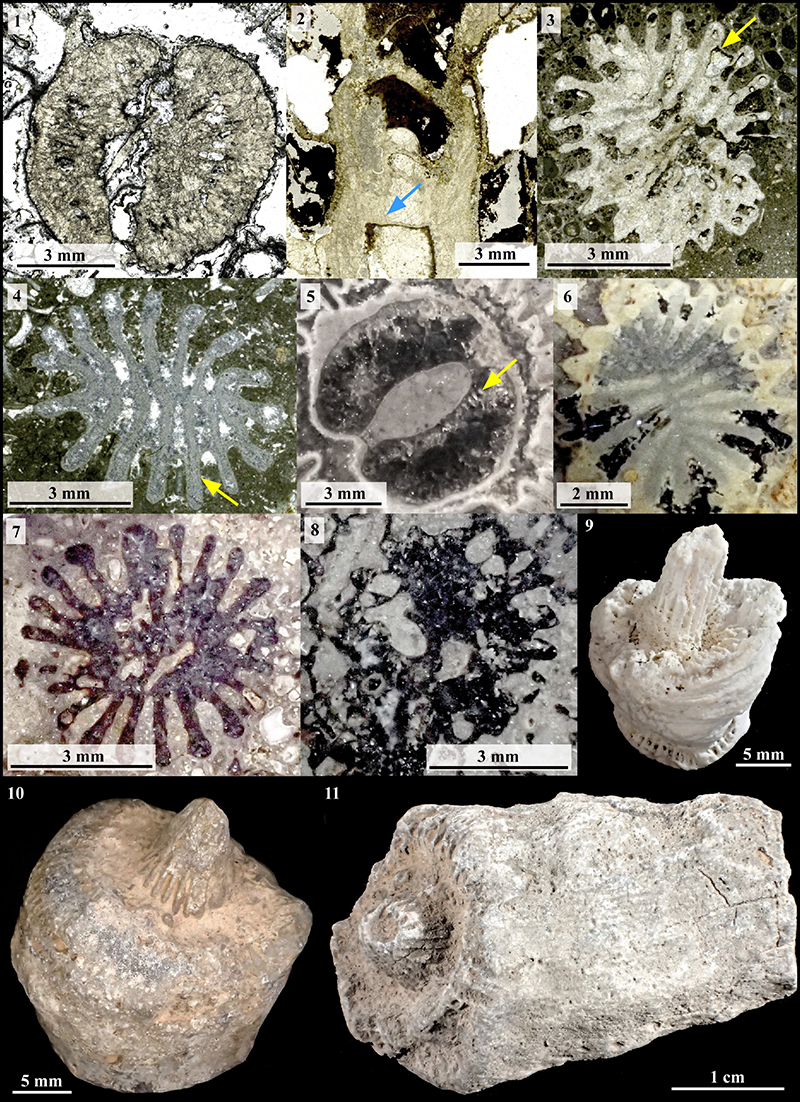 FIGURE 7. Step-by-step model of growth for Neorylstonia pseudocolumellata based on the assumption of an upward migration of polyp soft tissues by muscular contraction in accordance with structural observations of Brahmi et al. (2012) on dissepiments. Alternative modes of growth for soft tissues exist in the literature but do not impact the skeletal growth in the model (see Chevalier, 1987). 1, Coral skeleton without soft tissues. 2, Between two cycles of growth, soft tissues (in red) sit on the tabular dissepiments. 3, Initiating a new cycle of growth, soft tissues raise above the pseudocolumella and cristallize a new set of septal lamellae (in blue). In this case, relaxed soft tissues above the pseudocolumella produce an axial fold resulting in a type 2 pseudocolumella. 4, Soft tissues lift up, and simultaneously raise the septal and epithecal edges and raise the parathecal wall at the periphery of the corallite. At this stage, soft tissue is suspected to lift up by (i) septal traction of the growing septa or by (ii) standing on the pseudocolumella and successive stereome deposits forming the parathecal wall or even by (iii) floating on a gas of fluid blister separating the basal rim of the polyp and the tabular dissepiment (see Wells, 1969). 5, At the end of the growing cycle, new tabular dissepiments are synthetized in contact with the basal epiderm of the polyp. The model is the same for a type 1 pseudocolumella but septal lamellae are connected in the axis. The step-by-step growing phases presented here are a simplified proposition to help the understanding of the reader, the exact details of the coral’s growth process 183 million years ago may have been different. Abbreviations: C, costa; E, epitheca; Pw, parathecal wall; S, septa; Sl, septal lamellae; St, soft tissues; Td, tabular dissepiment. 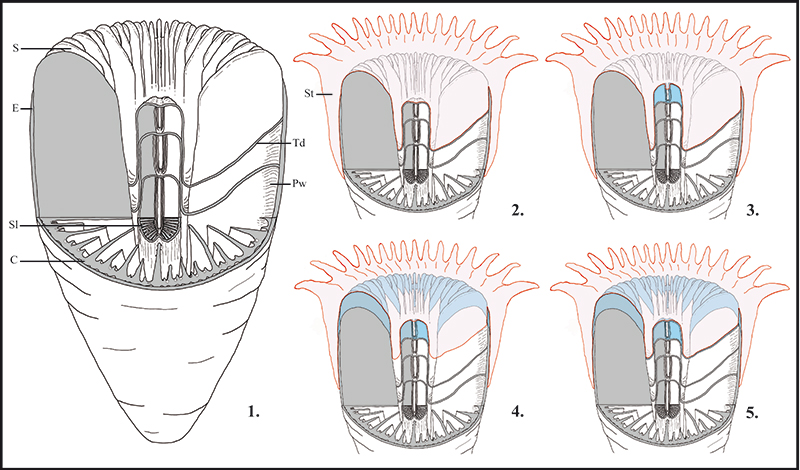 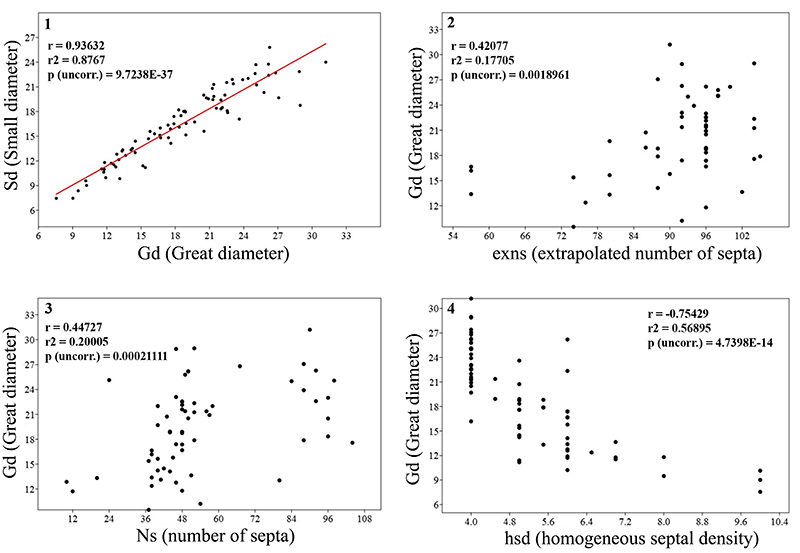 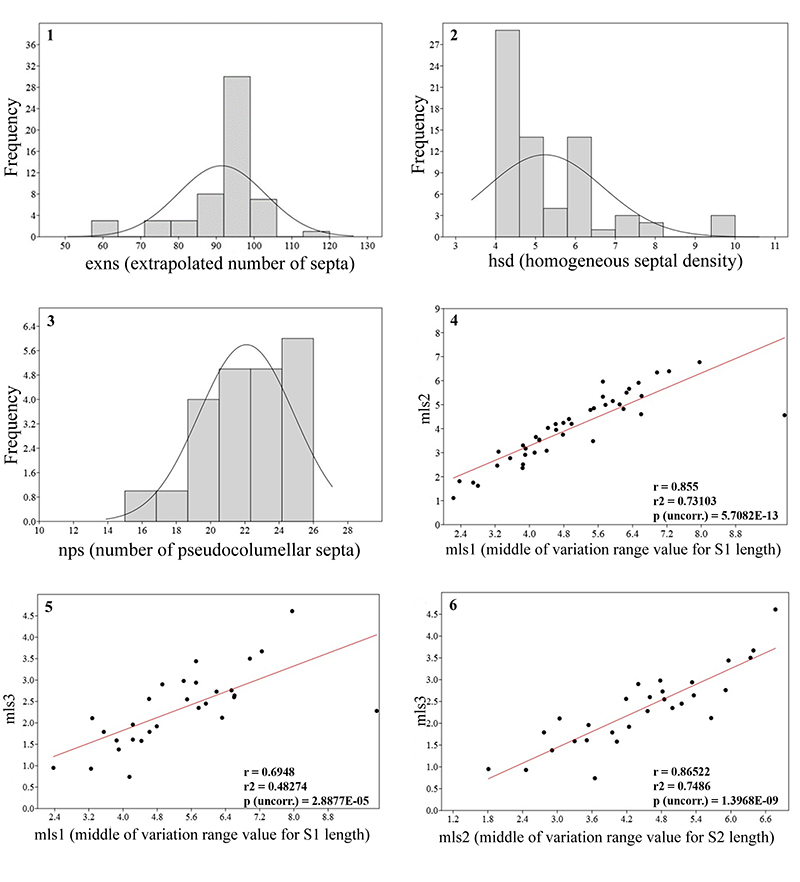 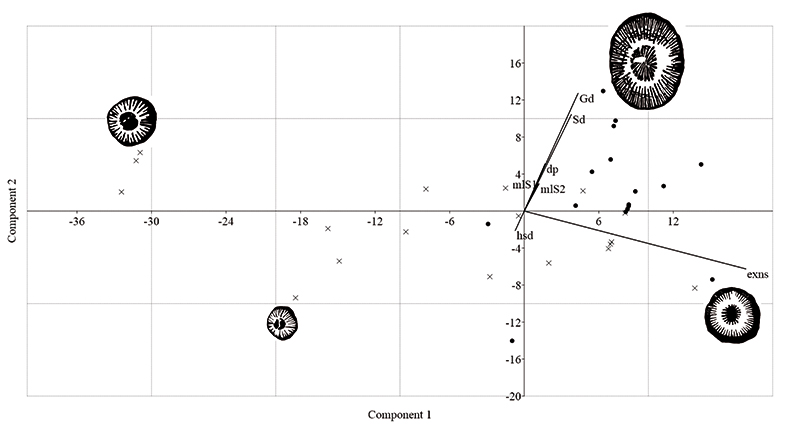 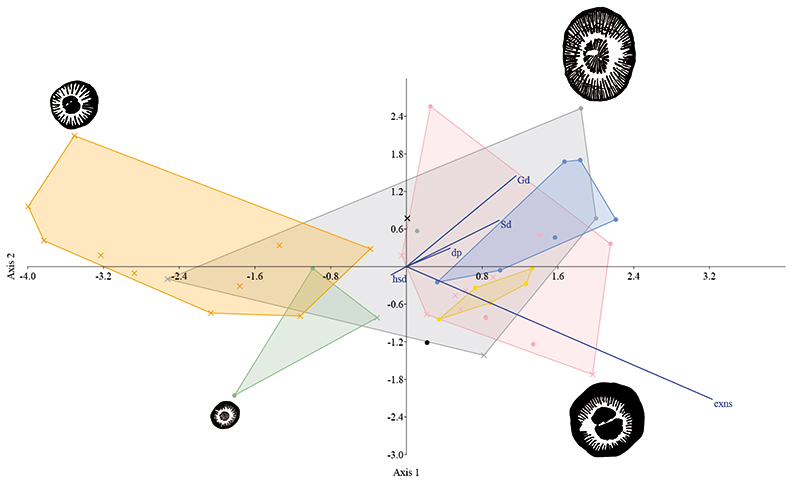 FIGURE 12. Distribution of the two extreme shapes of pseudocolumella (type 1 and type 2) in each sampling sites in High and Middle Atlas in Morocco; bar height indicates the number of type 1 and type 2 specimens. Facies map for the Pliensbachian modified from Ait Addi et al. (2005). 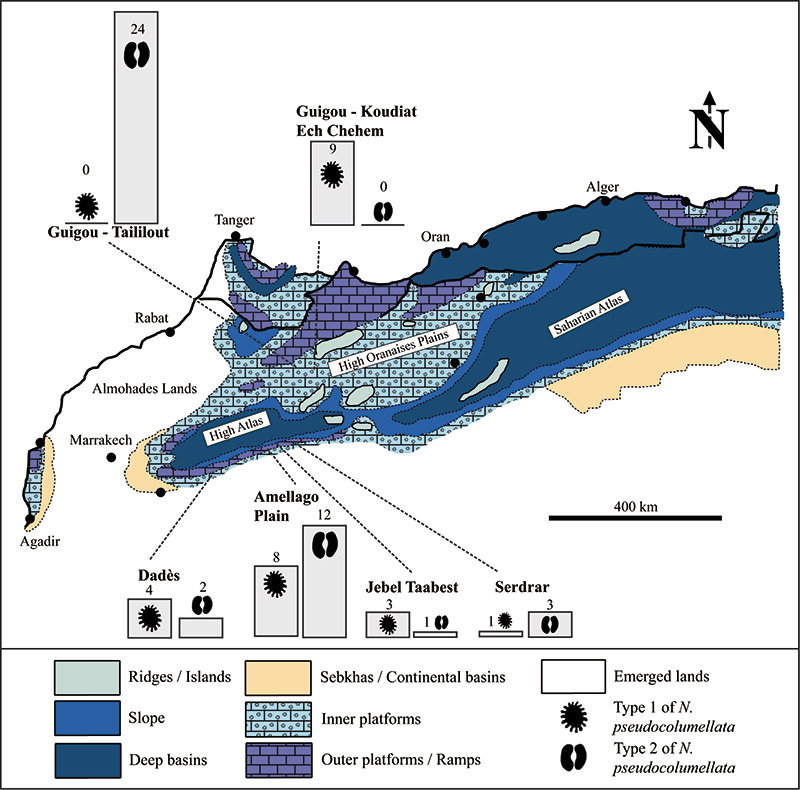 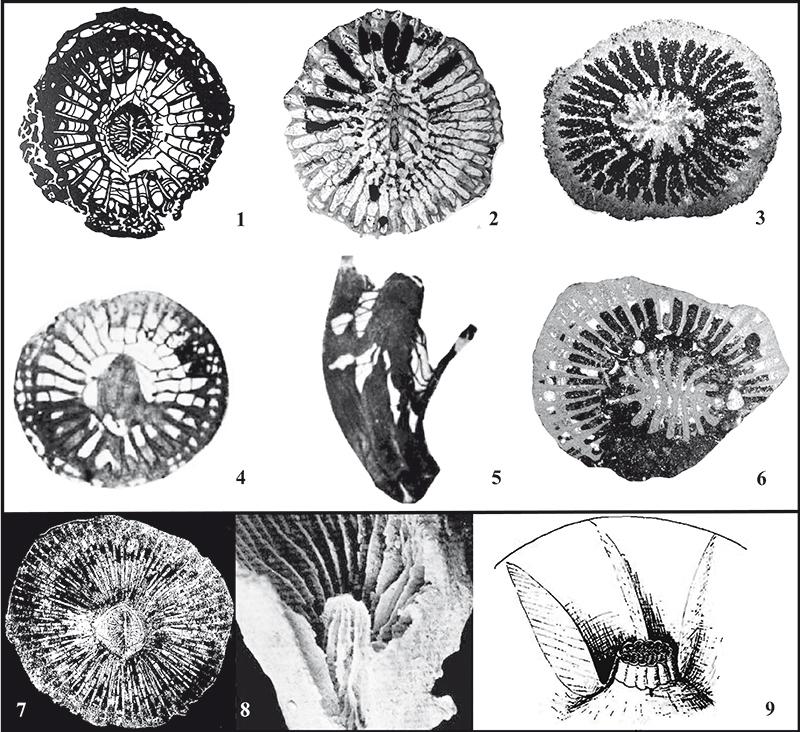