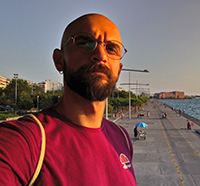 Alxandros Xafis is a vertebrate palaeontologist, specializing in the taxonomy of giraffids and the palaeoecology of mammalian megaherbivores. His taxonomic research focuses mostly on late Miocene Giraffidae from Greece and Anatolia, while his palaeoecological studies are focusing on the dietary evolution of large mammals (e.g. Giraffidae, Proboscidea etc.) combining palynological and faunal data, as well as palaeodietary proxies, such as dental microwear and dental mesowear analysis. 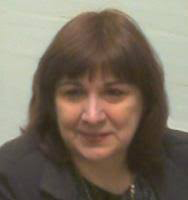 Dr. Evangelia Tsoukala is a vertebrate palaeontologist and a professor at Aristotle University of Thessaloniki. She is a geologist and a biologist and during her carrier she has gained expertise in many Cenozoic mammalian groups. She is currently leading several projects focusing on Miocene ruminants, Pliocene proboscideans and Pleistocene carnivores. Together with her team of students and colleagues, she has been excavating in numerous fossiliferous localities in Northern Greece, while focusing a lot on science communication, trying to make palaeontology more available to the public. 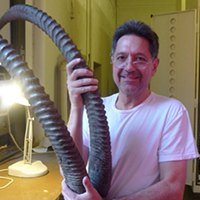 Dr. Nikos Solounias is a professor of anatomy at NYIT College of Osteopathic Medicine. An expert in modern and paleontological ungulate anatomy and biology, he has more than 40 years of experience in the research and teaching of mammalian anatomy and evolution. Dr. Solounias has published more than 80 articles in peer-reviewed journals and has been awarded four NSF grants. He received his B.S. in Biology from Cornell University and an M.A. in Biology-Embryology from Clark University. He earned his Ph. D. in Geology-Paleontology from the University of Colorado, Boulder and has held postdoctoral positions at Yale, Harvard, and Johns Hopkins universities. He studied anatomy and embryology at the Harvard Medical School. 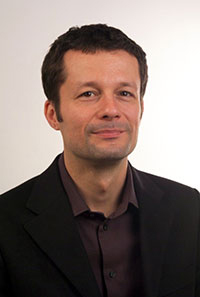 Oleg Mandic is a researcher and curator of Cenozoic invertebrate paleontology at the Natural History Museum in Vienna. He is Adjunct Professor at the Department of Paleontology, University of Vienna. His research interests include stratigraphy, paleoecology, paleogeography, depositional history, and mollusk taxonomy, with focus on Cenozoic Peri-Tethys basins. 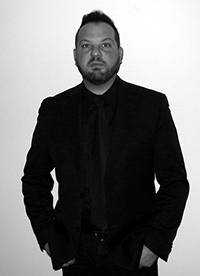 Mathias Harzhauser is head of the Geological-Paleontological department of the Natural History Museum Vienna. His research focuses on the biodiversity and biogeography of Cenozoic freshwater and marine mollusks, as well as the paleogeography and integrated stratigraphy of the circum-Mediterranean region. 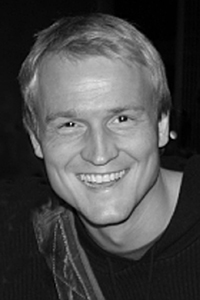 Dr. phil. habil. Friðgeir Grímsson is a paleobotanist and geologist working on both macro- and palynofloras as well as extant plants. His research interests comprise plant evolution, vegetation differentiation, plant-animal interactions, and climate changes. Within a dated stratigraphic framework, Friðgeir uses evidence from the plant fossil record, in combination with extant plants and up-to-date phylogeny, to resolve the origin, diversification, and dispersal of plant lineages, to trace past distribution and biogeographic patterns of various plant groups and major plant functional groups, to reconstruct regional and large-scale vegetation changes, and to evaluate past climate situations and possible climate changes during the last ca 100 million years. 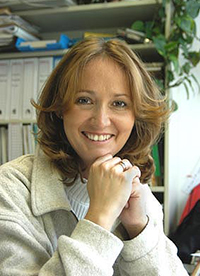 Doris Nagel is a vertebrate palaeontologist and professor in the Department of Palaeontology, University of Vienna. She and her team focus on the evolution and phylogeography of mammals, especially carnivores, from the Miocene to Pleistocene. She has conducted numerous excavations in Austria, Slovenia and Greece.