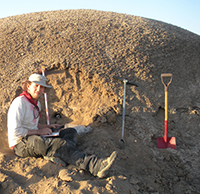 Mathieu Duval is a Quaternary geochronologist specialising in electron spin resonance (ESR) and uranium-series dating methods. His research profile combines methodological investigation as well as dating application studies in geo-archaeological contexts. His main research line is focused on refining the chronology of the earliest human occupations in the Mediterranean area. Further information may be obtained from his Professional Webpage (https://sites.google.com/site/matduvalesr/home). 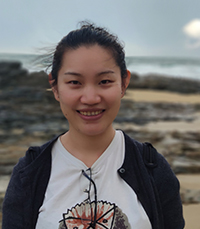 Fang got her B.Sc. and M.Sc in Physical Geography from the East China Normal University (China). In 2013, she started her PhD study in Archeogeochemistry at the Australian National University. Her research is focused on methodological developments and applications of ESR dating and thermochronometry. 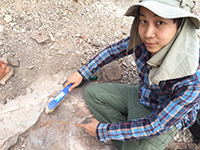 Kantapon Suraprasit is currently a lecturer, teaching Palaeontology and Geology, at Chulalongkorn University in Bangkok, Thailand. His research interests mainly include the evolution and paleobiogeography of Southeast Asian large mammals as well as the paleoclimatic and paleoenvironmental conditions in Thailand during the Neogene and Quaternary. 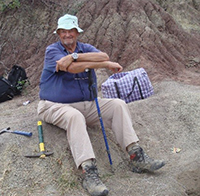 Jean-Jacques Jaeger is a professor at the University of Poitiers, France. His research contributes to improve our knowledge on the origin and evolution of anthropoid and strepsirrhine primates in Asia and Africa, as well as on the evolutionary history of the Miocene hominoids from Southeast Asia and the evolution of mammal faunas and paleoenvironments from the Paleogene and Neogene of Southeast Asia and North Africa. 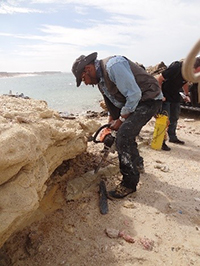 Mouloud Benammi was researcher at the Universidad Nacional Autonoma de Mexico, Mexico before working at the University of Poitiers (France). He is involved in numerous fieldwork and is particularly interested in determining the age of fossiliferous layers using the magnetostratigraphy in the Tertiary of Latin America, Asia and Northern Africa. His research also deals with knowledge of the mammal faunas documenting the Miocene of south High Atlas Mountains and Paleogene of Tarfaya-Dakhla Basin in the Moroccan Sahara. 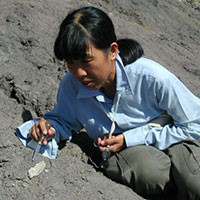 Yaowalak Chaimanee was researcher at the Department of Mineral Resources of Bangkok before working at the University of Poitiers (France). She is involved in numerous field excavations related to the origin and evolution of strepsirrhine and anthropoid primates in the Paleogene of Asia and Northern Africa and of hominoids in the Miocene of Southeast Asia. Her research also deals with the evolution of mammal faunas and paleoenvironments of the Tertiary and Quaternary of Southeast Asia. 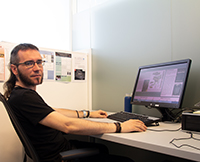 Javier Iglesias Cibanal is a laboratory technician at the Centro Nacional de Investigation sobre la Evolucion Huamana (CENIEH), Burgos, Spain. He has been working in the Geology Laboratory since 2011. His expertise in focused on sedimentological analyses, including sample preparation (through a wide array of physicochemical processes) and grain size analyses. Among his activities, he provides technical support to researchers working in Quaternary Sciences, and especially in Geology and Geochronology.

Rainer Grün is Professor of Archaeogeochemistry and the Director of the Australian Research Centre for Human Evolution at Griffith University, Brisbane, since 2015. He obtained his PhD in 1985 at the Universität zu Köln. He spent his postdoctoral career at McMaster University (Ontario) and Cambridge (UK), before joining the Australian National University in 1992. His research career focussed on the development and application of Quaternary dating methods. He is the Editor-in-Chief of Quaternary Geochronology.