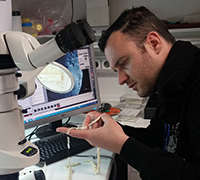 Georgios Georgalis obtained his PhD at the University of Fribourg (Department of Geosciences), Switzerland in cotutelle with the University of Turin (Department of Earth Sciences), Italy, in 2018. His thesis was focusing on fossil reptiles from the Aegean region. His main research interests are the evolution, systematics, and biogeography of Cenozoic lizards, snakes, and turtles from the Western Palaearctic. He is currently a post-doc at the Department of Earth Sciences, University of Turin, Italy, focusing on Neogene herpetofaunas from southern Europe. 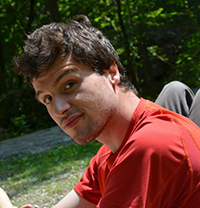 Andrea Villa obtained his PhD in Earth Sciences at the University of Turin, Italy, in 2018, with a thesis focused on fossil lizards from the Neogene and Quaternary of Europe. His main research topics are the fossil herpetofaunas of Europe and Africa and the comparative morphology of amphibians and reptiles. He currently works as Humboldt Research Fellow at the Bayerische Staatssammlung für Paläontologie und Geologie in Munich, studying rhynchocephalians from the Jurassic of Germany. 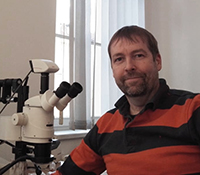 Martin Ivanov obtained his PhD in Earth Sciences at the Masaryk University, Brno in 1997, with a thesis focused on the European Neogene and Quaternary snakes. His main research topics are the comparative osteology of snakes and the Cenozoic evolution of Eurasian amphibian and squamate assemblages, with special attention to the changes in palaeoenvironment. He currently works as an Associate Professor at the Department of Geological Sciences, Faculty of Science, Masaryk University in Brno, Czech Republic. 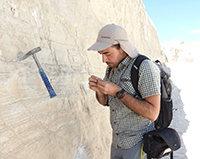 Davit Vasilyan is a researcher at the JURASSICA Museum, Porrentruy, Switzerland and associate lecturer at the University of Fribourg, Switzerland. He received his first PhD at the National Academy of Sciences or Republic of Armenia in 2009 and the second one at the University of Tübingen, Germany in 2014. His research focuses on Cenozoic freshwater fishes, amphibians and reptiles from Western Eurasia. 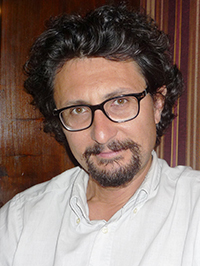 Massimo Delfino is a vertebrate paleontologist whose research activity is focused on the fossil record, morphology, taxonomy and biogeography of amphibians and reptiles. The main research lines are related to the contribution of the fossil record to the phylogeny of crocodylians and the evolution of the European and Mediterranean herpetological assemblages. He has collaborated to the identification and interpretation of herpetofaunistic assemblages associated to hominoid remains found in Eritrea, Georgia, Indonesia, Kenya, Italy, Oman, and Sudan.