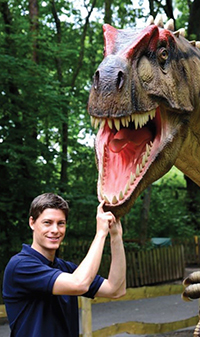 Christophe Hendrickx is a former postdoctoral fellow at the Evolutionary Studies Institute at the University of the Witwatersrand in Johannesburg where he investigated the evolution of the dentition in theropod dinosaurs and gomphodont cynodonts. He completed his PhD thesis at the Universidade Nova de Lisboa in Portugal, working on the evolution of teeth, tooth-bearing bones and quadrates in non-avian theropods. He received a BSc in geology from the Université de Liège (Belgium) and an MSc in palaeobiology from the University of Bristol (England). In these two institutions, he investigated the morphofunctional anatomy of spinosaurid quadrates from Eastern Morocco as well as the diversity and disparity of sauropod dinosaurs. His PhD and postdoctoral research projects led him to visit collections in Europe, Argentina, Brazil, United States, Canada, China, South Africa, and Namibia, and to describe embryonic and adult material of theropods from the Upper Jurassic of Portugal. He also has some fieldwork experience through field projects in France, Portugal, Russia, and South Africa. 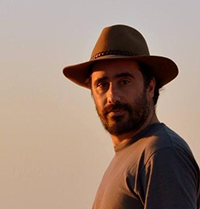 Octávio Mateus is a Portuguese dinosaur paleontologist and biologist Professor of Paleontology at the Faculdade de Ciências e Tecnologia da Universidade Nova de Lisboa. He graduated in Universidade de Évora and received his PhD at Universidade Nova de Lisboa in 2005. He collaborates with Museu da Lourinhã, known for their dinosaur collection. Specialist in dinosaurs, he has studied Late Jurassic dinosaurs of Portugal, publishing several scientific articles. He has named new dinosaur genera such as Lourinhanosaurus, Dinheirosaurus, Tangvayosaurus, Draconyx, Lusotitan, and Europasaurus. Since 1991, Octávio Mateus has organized dinosaur excavations in Portugal, as well as excavating in Laos with the French team of the Paris Museum of Natural History, led by Prof. Philippe Taquet. He has recently worked in Angola, where he discovered the first Angolan dinosaur. In 2012, he was part of an expedition to the Triassic of Greenland in Jameson Land. 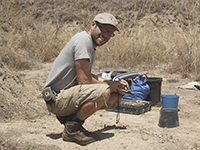 Ricardo Araújo finished his doctoral degree at the Southern Methodist University under a Fulbright Scholarship and is currently an associate researcher at the Instituto de Plasma e Fusão Nuclear (Universidade de Lisboa). His doctoral dissertation focused on Angolan plesiosaurs, functional morphology, and myological reconstruction in sauropterygians. He was part of the PaleoAngola project, an international collaborative endeavor that aims to study and collect the vast Angolan paleontological heritage. Ricardo is also a PI of the PaleoMoz project, a Portuguese-Mozambican research cooperation that aims to assist and expand Mozambican paleontological research utilizing the hitherto mostly undiscovered diverse fossil record of the country. Ricardo also actively collaborates with the Museu da Lourinhã, Portugal, on dinosaur eggs and embryos. 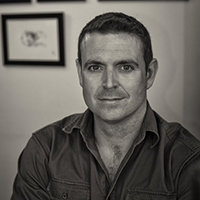 Jonah Choiniere is the Professor of Dinosaurs at the Evolutionary Studies Institute at the University of the Witwatersrand in Johannesburg, South Africa. He completed his PhD in 2010 on the anatomy and systematics of Middle-Late Jurassic coelurosaurs of the Shishugou Formation (Xinjiang, China) at the George Washington University in Washington, DC, USA. He worked for two years as a Kalbfleisch and Gerstner Postdoctoral Fellow at the Richard Gilder Graduate School, Division of Fossil Amphibians, Reptiles and Birds, American Museum of Natural History, New York City, USA. During this time, he served as the Curatorial Assistant for the “World’s Largest Dinosaurs” traveling exhibit and participated in three field seasons of the Mongolian American Expedition. He is conducting research on the End-Triassic Extinction in the Elliot Formation of South Africa.