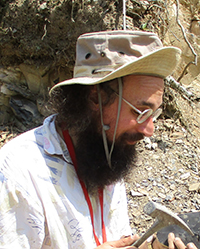 Joe Botting was born in Hereford, in the Welsh Borders, and graduated in Natural Sciences from Cambridge in 1997, before completing a PhD at Birmingham in 2000. Since then he was worked in museums and universities in the UK, with research focused on the early evolution of sponges and the development of Ordovician ecosystems, and spent two years at the Nanjing Institute of Geology and Palaeontology in China. He currently lives as a semi-independent researcher in central Wales, but spends an average of three months per year in Nanjing, funded by the Chinese Academy of Sciences. He is also an Honorary Research Fellow at Amgueddfa Cymru—National Museum Wales. 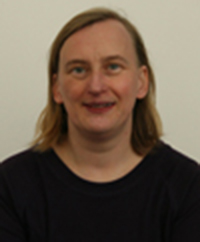 Sarah Stewart studied geology at Edinburgh University graduating in 1998. She was awarded a PhD from Glasgow University in 2005, researching Ordovician fossils from Girvan, South West Scotland. This research mainly focused on the diversity and distribution of fossil groups that are rare or can be difficult to identify, but are important for studying biodiversity and ecosystems as a whole.

She joined National Museums Scotland in 2004 as an Assistant Curator and currently has responsibility for the fossil molluscs, graptolites and problematic fossil groups in the Palaeobiology collection.

Her current research interests are principally the palaeoecology, biodiversity and taphonomy (how fossils are preserved) of Lower Palaeozoic (Cambrian-Silurian) fossils and faunas. 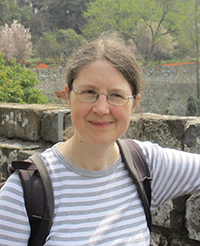 Lucy Muir is an Honorary Research Fellow at Amgueddfa Cymru - National Museum of Wales. She received her undergraduate degree from the University of Cambridge (1997) and then undertook an MSc in Palaeobiology at the University of Bristol (1999). Since gaining her PhD from the University of Edinburgh in 2004, she has worked as a museum curator, a freelance geological consultant, a postdoctoral researcher at the Nanjing Institute of Geology and Palaeontology, and a freelance editor of scientific papers. Her research is primarily on Ordovician communities, particularly the graptolites, sponges and worms. 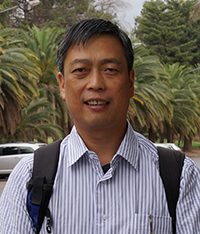 Zhang Yuandong was born in 1967. He obtained his Ph.D in Palaeontology and Stratigraphy in 1993 and became a Research Professor in 1998. He has been dedicated to the stratigraphy and palaeontology of Lower Palaeozoic (especially Ordovician and Silurian) graptolites and associated fossils. He has systematically studied more than ten graptolite faunas from China, and proposed the latest integrated stratigraphic division and correlation framework for the Ordovician System of China. In recent years, he was also the chief scientist and leader of many multi-disciplinary research programs aimed at understanding the nature and distribution of marine gas shale deposits in China. Since a few years ago, he has become passionately interested in the palaeontology, palaeoecology and taphonomy of many Ordovician Konservat-Lagerstätten from China and elsewhere.