Brent Adrian is a palaeontologist and scientific illustrator who studies extant and fossil mammals and reptiles. He is particularly interested in the functional anatomy of rare extant mammals. He also studies turtle evolution and paleobiogeography and participates in field work at fossil sites in North America. 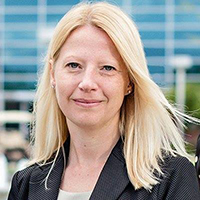 Heather F. Smith is an anatomist and paleontologist who studies morphological evolution in turtles and cranial morphology in human and nonhuman primates. Her paleontological work focuses on the evolution of turtle communities in the Western Interior of North America, in particular from the Late Cretaceous through the Eocene. Her work on primates has centered around the relationship between cranial morphology and phylogeny, environment, and diet. Information about how the phylogenetic utility of various cranial characters and regions vary and the understanding of the reasons behind this variation are essential for drawing accurate interpretations about evolution from the fossil record.

I grew up in upstate New York, where I developed a passion for fossils and natural history at an early age. I received a BS from the University of Chicago, where I worked with paleontologist Paul Sereno as a fossil preparator. While there I helped prepare specimens of the dinosaurs Suchomimus, Jobaria, and Afrovenator and the giant crocodilian Sarcosuchus. I also worked as a research assistant with geologist Fred Ziegler, where I had the opportunity to help revise a chapter for the second edition of The Dinosauria. I went on to earn a PhD in Ecology and Evolution with advisor Catherine Forster at Stony Brook University in 2009. Prior to coming to Parkside I was a visiting professor at Grand Valley State University, where I taught human anatomy. 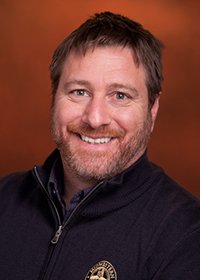 Aryeh Grossman is a palaeontologist whose primary interest is the evolution of modern African and Eurasian mammals. His work focuses on the composition and structure of mammal communities of the Early Miocene in Africa and the Middle East. The Early Miocene is the time period when many modern mammal taxa, including our own- the Hominoidea, first evolved. Mammal communities provide a wealth of information about local conditions and global climate, both of which play a major role in shaping evolution. He also teaches human anatomy to medical and other health sciences students, as well as clinical and comparative mammalian anatomy to veterinary students. In addition, he coordinates the anatomical labs outreach program which provides opportunities for enrichment to various students and professionals from outside of Midwestern University.