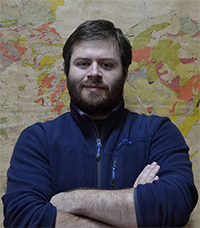 Dr. Ștefan Vasile is a Lecturer at the Department of Geology, Faculty of Geology and Geophysics from the University of Bucharest (FGGUB), and also a Scientific Researcher at the Research Centre for the Geology of Coal Deposits and Environment Protection, also part of FGGUB. He graduated as a geological engineer at FGGUB (2008) and got his PhD in Geology at the same institution (2012), the main topic of his thesis being the stratigraphy, palaeontology and palaeoecology of the Maastrichtian from the Rusca Montană Basin, Romania. His research activity includes the study of latest Cretaceous and Pleistocene herpetofaunas of Central and Central-Eastern Europe, as well as Pleistocene large mammals and Palaeolithic zooarchaeology of the same area. 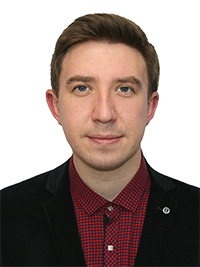 Dr. Oleksandr Kovalchuk graduated from the A.S. Makarenko Sumy State Pedagogical University (Ukraine) in 2012 and received his PhD in 2015 at the Schmalhausen Institute of Zoology NAS of Ukraine. He is a senior researcher and curator of fossil fish collection at the Department of Palaeontology, National Museum of Natural History, National Academy of Sciences of Ukraine, specialist in the field of palaeoichthyology. Scientific interests of Oleksandr Kovalchuk are related to morphology, historical faunistics and palaeoecology of Cenozoic and Mesozoic fishes of eastern Europe. 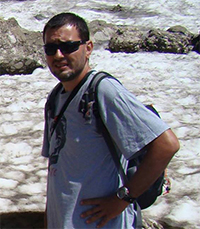 Dr. Alexandru Petculescu is a Scientific Researcher at the Department of Geospeleology and Palaeontology at Romanian Academy’s Institute of Speleology (ISER). He graduated from the Faculty of Geography at the University of Bucharest (1997) and got a PhD in Biology at the Romanian Academy (2005), his thesis focusing on palaeoclimatic reconstructions based on small mammal assemblages from the karstic deposits of Dobrogea, Romania. His research activity is focused on the palaeontology and biostratigraphy of Plio-Pleistocene small mammals, as well as their palaeoecology and the reconstruction of Quaternary climatic shifts based on the study of small mammal assemblages. 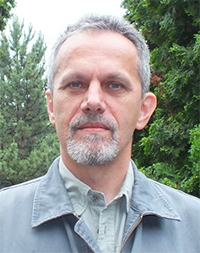 Dr. Martón Venczel is a Senior Researcher and Head of the Natural Sciences Department at the Țării Crișurilor Museum (MTC). He graduated with a degree in Biology from the Faculty of Biology-Geology-Geography at the Babeș-Bolyai University (UBB) in Cluj-Napoca (1981), and got a PhD in Biology at UBB (1996),the main topic of his thesis being the palaeontological and palaeoecological study of Quaternary snakes from Bihor, Romania. Hie specializes in the biology and palaeontology of amphibians and reptiles, including their comparative anatomy and ecology, with numerous contributions in the study of Cretaceous to Quaternary herpetofaunas of Central and Eastern Europe.