FIGURE 1. Map of relevant Miocene and Pliocene sedimentary outcrops in Central Washington. Inset map shows approximate location in the state. Adapted from Gustafson (2015) and Smith (1988b). 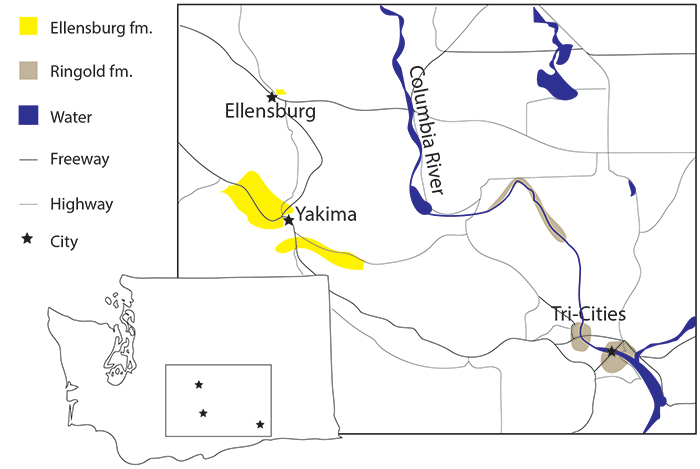 FIGURE 2. Generalized stratigraphic column of the Columbia River Basalts and sedimentary interbeds. The Ringold Formation is shown here as separate, but the formation overlaps temporally with the Ellensburg Formation and may not be distinct. Named members of the Ellensburg Formation are shown in stratigraphic sequence. Short lines in between interbeds indicate only generalized stratigraphy, while longer lines indicate a hard time/unit boundary for all members. The Craig’s Hill locality is identified in sequence. Adapted from Smith et al. (1988) and Kasbohm and Schoen (2018). 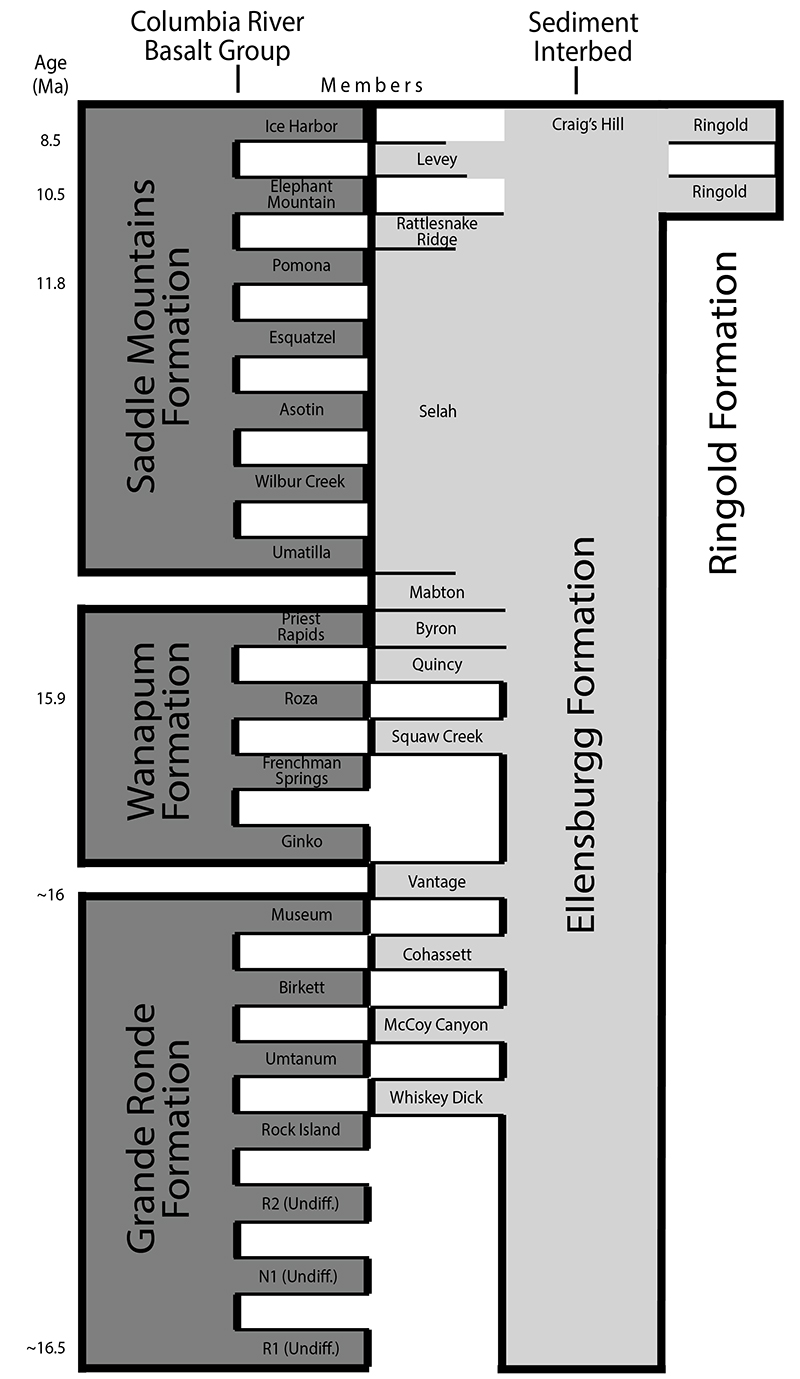 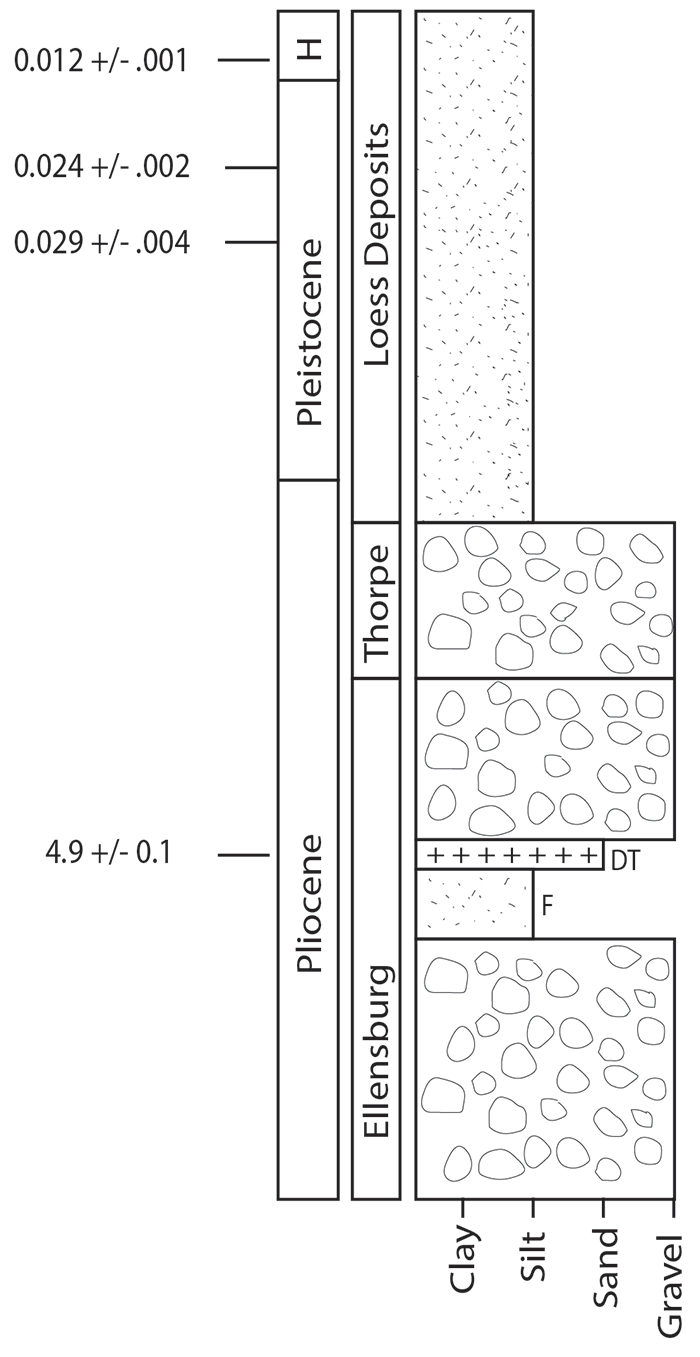 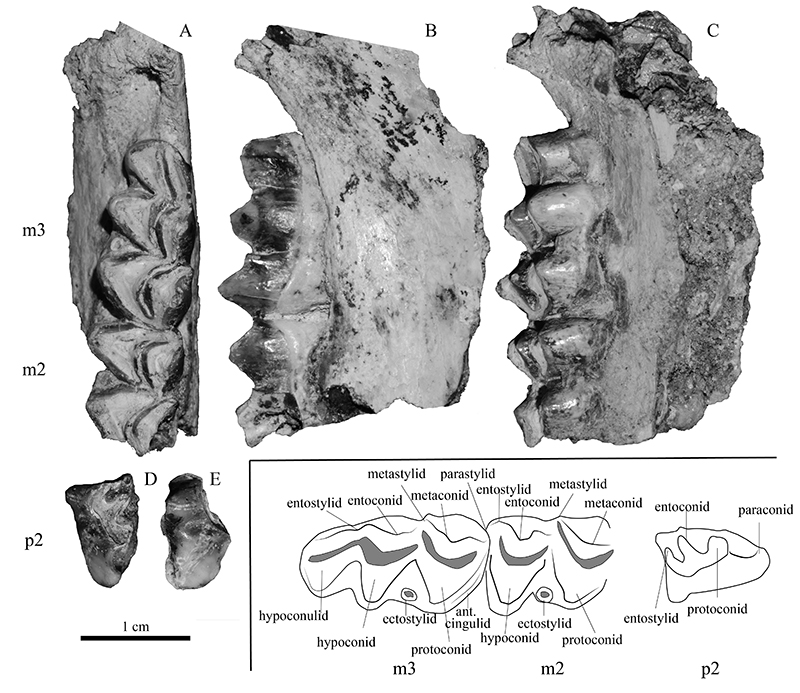