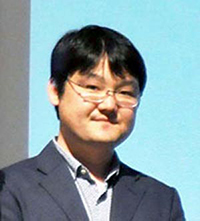 Yoshi Tanaka is a curator at Osaka Museum of Natural History, Japan and also a researcher at Hokkaido University Museum. He works on the morphology and phylogeny of marine mammals (dolphins, porpoises, whales and walruses) from Japan, Ecuador and New Zealand.

Kazuo Nagasawa had worked for Yamagata Prefectural Museum as a curator. He has worked on Neogene marine mammal fossils and paleoenvironment in northeastern Japan since 1990s. He is also working on stranded Mesoplodon stejnegeri along the western side of Japanese coasts. 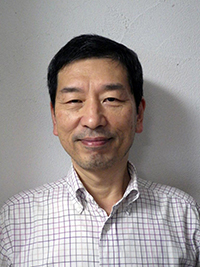 Yojiro Taketani had worked for Fukushima Museum, Japan as a curator for a long time. His research focusses on the radiolarian biostratigraphy and reconstruction of the marine environment. Especially, he is investigating the correlation of the Mesozoic strata in the eastern Asia based on radiolarian assemblages. He has also developed many educational programs of the geoscience for public people in Fukushima Museum and the Bandaisan Geopark.