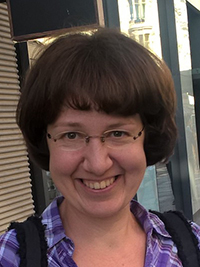 Zuzana Heřmanová graduated at the the Charles University, Institute of Geology and Palaeontology in Prague (Czech Republic) in 2014. She is palaeobotanist in the National Museum of Prague. She focuses on Cretaceous palaeobotany, fossil insect eggs and X-ray methodology. She is married and has three children. 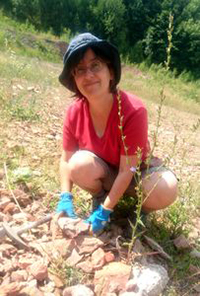 Jana Bruthansová is a paleontologist from the National Museum of Prague, she is the curator of the Paleozoic invertebrate fossil collections. She concerned mainly on the paleobiology and taphonomy of Middle and Upper Ordovician invertebrates and trilobites. After long maternity leave she returned back to these topics and is currently focused on the paleobiology and systematics of Ordovician Bohemian conulariids. 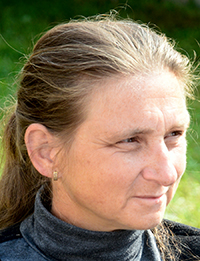 Katarína Holcová graduated at the Department of Paleontology, Charles University, Prague in 1987 and four years was an assistant at Department of Geology and Paleontology, Comenius University, Bratislave. Majority of her career spent at Institute of Geology and Paleontology, Charles University, Prague as teacher of micropaleontology and historical geology. She established and guarantees study program of Geobiology. Her research interests are focused on diverse aspects of foraminiferal and calcareous nannoplankton biostratigraphy, paleoecology and paleoceanography especially in specific paleoenvironment of epicontinental seas. 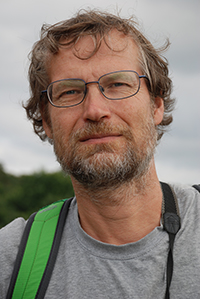 Radek Mikuláš, CSc. & DSc. studied geology and palaeontology at the Charles University in Prague where he obtained the RNDr. title in 1987. After a 1-year military service he entered the Institute of Geology and Geotechnics, Czechoslovak Academy of Science (title CSc. - equivalent to PhD. in 1991). In 1992, the institution was transformed to the Institute of Geology, Czech Academy of Sciences. Here he spent most time of his academic career, with 1-year interruption during the Royal Society scholarship in the University of Liverpool (supervisor T.P. Crimes). He became the Head of the Department of Paleobiology and Paleoecology (1989-1997) and in 2019 he defended the title Doctor of Sciences (DSc.) by the Committee of the Academy of Sciences.

Radek Mikuláš regularly teaches Ichnology and Paleoecology in the Faculty of Science, Charles University, Prague, and Geology for Archaeologists in the Faculty of Arts. Besides numerous distinctive topics in the study of trace fossils (ichnology), Radek Mikuláš published also dozen reviewed works on the weathering of porous rocks and several papers on processes ongoing in natural ice. 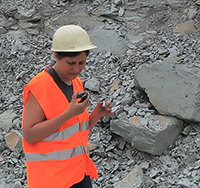 Martina Kočová Veselská received her PhD. from the Charles University, Institute of Geology and Palaeontology in Prague (Czech Republic) in 2018; her doctoral thesis was titled "Crustacea (Decapoda, Cirripedia) from the Bohemian Cretaceous Basin". Since 2018, she has been working as a graduate specialist at the Institute of Geology of the Czech Academy of Science in Prague and as a junior researcher of the Center for Geosphere Dynamics at the Faculty of Science, Charles University. Her research interests include the fossil record, taphonomy and biogeography of decapod crustaceans and cirripedes as well as the study of hard substrate communities (sclerobionts) and bioerosion processes. 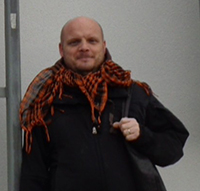 Tomáš Kočí is particularly in passionated about Mesozoic and Cenozoic tube-dwelling polychaetes and cirripedes. Furthermore, his interest of phylogeny, evolution, palaeoecology, palaeobiogeography and taphonomy of these both fossil groups. He is interested in fieldworks and rescue fieldworks in Bohemian Cretaceous localities. He works as teacher of biology, chemistry on two high schools and biophysics and biochemistry of Higher medical school in Prague. 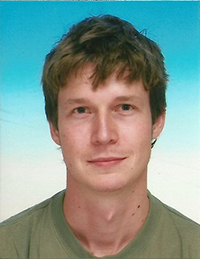 Jan Dudak has a master’s degree from biomedical engineering and currently awaits the defense of his PhD theis. He works for the Institute of Experimental and Applied Physics, Czech Technical University in Prague – one of the facilities contributing to the development of Medipix-type photon counting detectors. As a member of the Department of Applied Physics and Technology he is responsible for research on advanced applications of photon counting detector for X-ray imaging in the field of natural sciences. 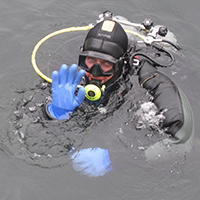 Martin Vohník graduated at the Department of Experimental Plant Biology, Faculty of Science, Charles University, Prague and is a researcher at the Department of Mycorrhizal Symbioses, Institute of Botany, Czech Academy of Sciences, Průhonice. Since the beginning of his scientific career, he focuses on symbioses of terrestrial plant roots with soil fungi and interactions in the rhizosphere in general. Recently, a significant part of his interest shifted to seagrass symbionts and marine fungi colonizing various biological substrates, including shells of marine protists. He is a passionate scuba diver and an active CMAS scuba diving instructor.