FIGURE 1. Accretionary growth (blue line) as an outline (A), and as a graph of loge (radius, r) against angle, θ, about an axis (cross symbol) (B). The intercept is the loge(radius) when θ = 0, and the constant slope defines the expansion of the L1 spiral.

FIGURE 2. Eleven spirals that are more complex than the simple logarithmic spiral, L1 of Figure 1. Outlines are plotted on a logarithmic scale for radius against angle turned about the axis. Vertical lines show spirals with abrupt change, and shaded areas show regions of transitional change between log-piecewise spirals representing accretionary growth (see text for explanation and abbreviations). 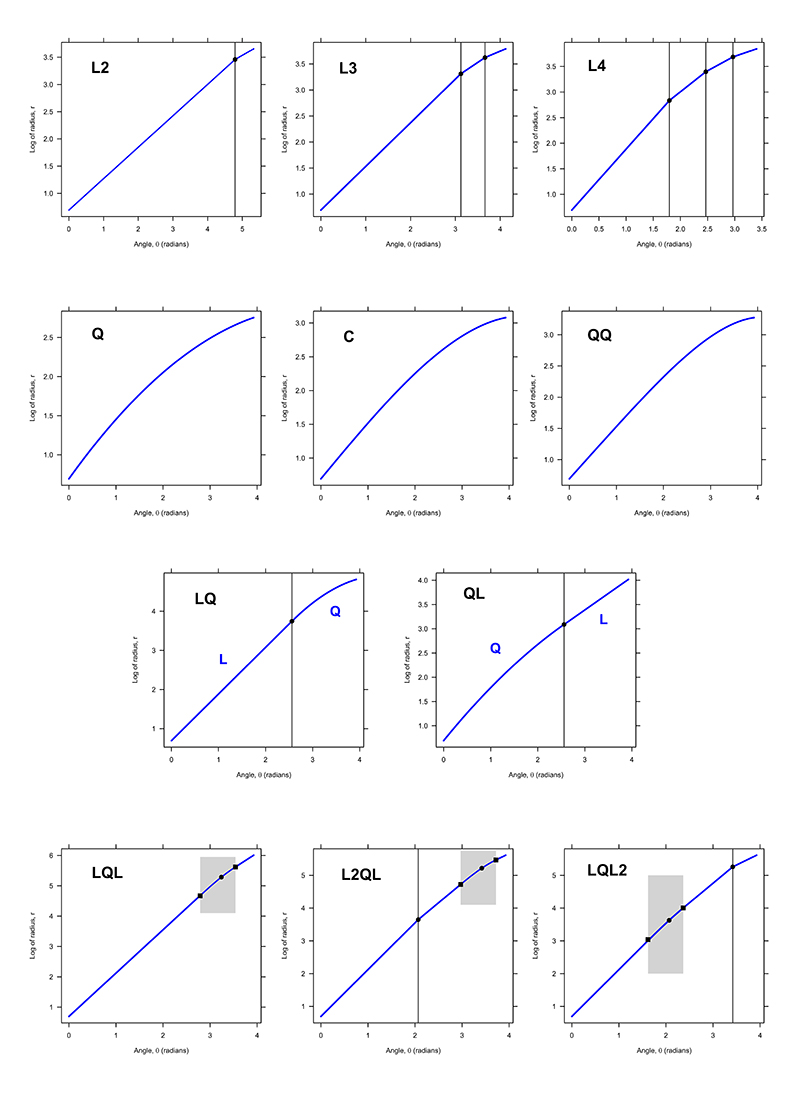 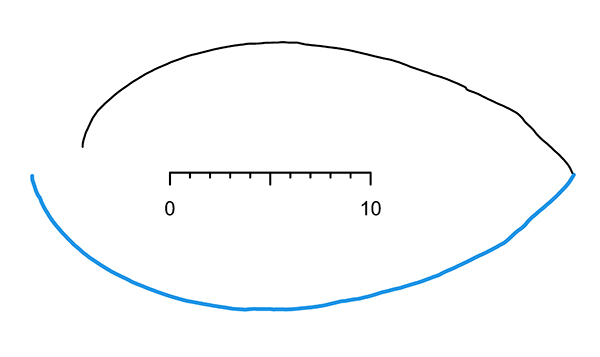 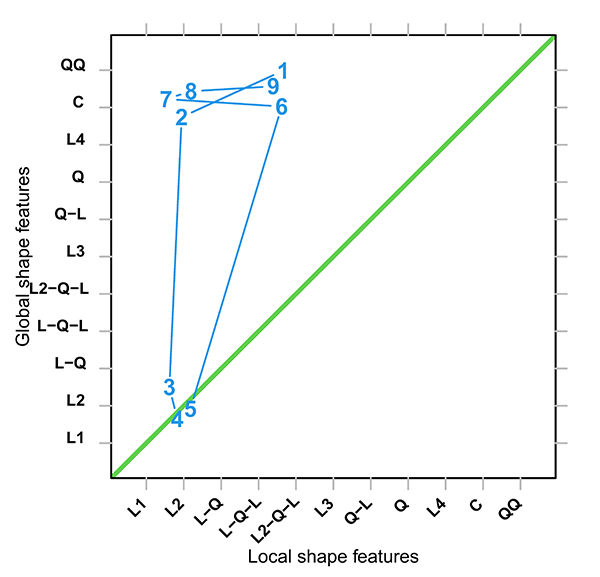 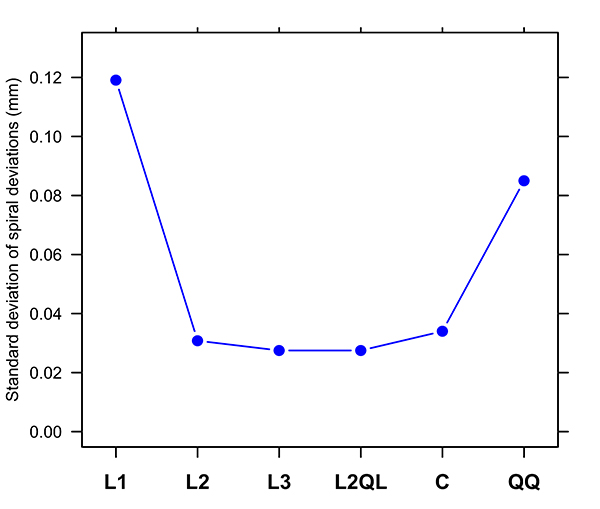 FIGURE 6. Patterns of spiral deviations with accretionary growth (arc length) for four spirals. Apart from the L1 spiral, deviation patterns are similar and have the same vertical scale. Vertical lines and shade (red) locate estimates of where changes in spiral shape occur on the outline. 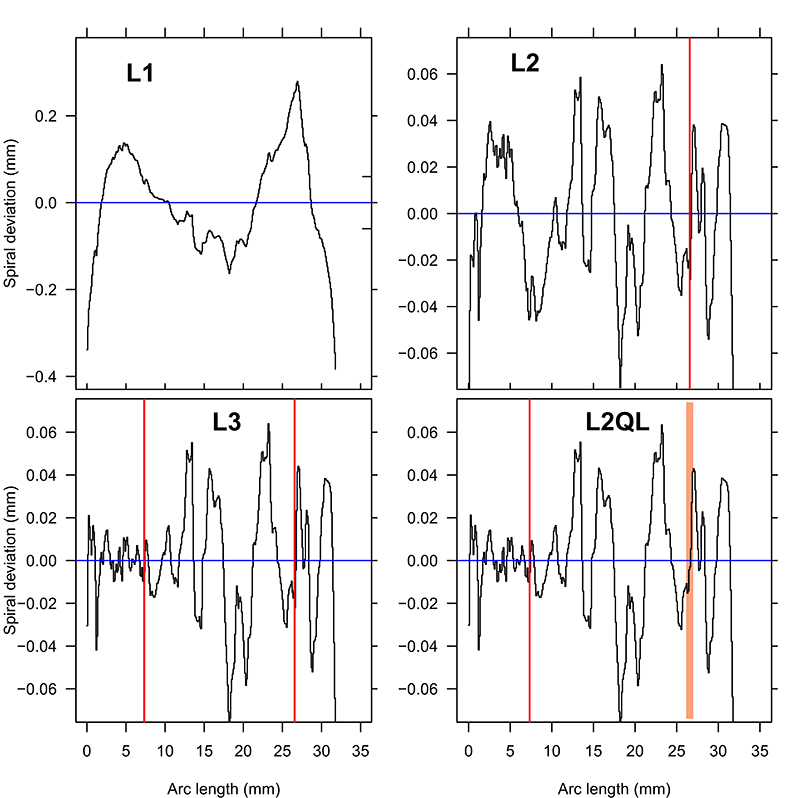