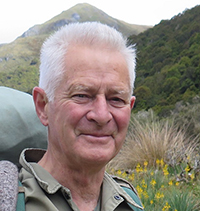 Anthony (Tony) Aldridge is a statistician based in New Zealand. He worked ten years as a government scientist in the Applied Mathematics Division of the New Zealand Department of Scientific & Industrial Research (DSIR), including a paid sabbatical in the Center for Quality and Productivity at the University of Wisconsin (Madison) in 1985-1986. For the past 30 years, Tony has worked as an independent statistician on a range of industrial and biological problems in New Zealand and overseas. His continued research on growth and shape of brachiopods began in 1980 when participating in a DSIR cruise of shallow and deep habitats in New Zealand waters.