FIGURE 1. Unit cell of pyrite, FeS2, drawn with VESTA. Data from (Rieder et al., 2007). Bonds are drawn to emphasize the pairs of sulfur atoms. The unit cell is outlined. Iron atoms (Fe) form a network for movement of electrons through the structure. 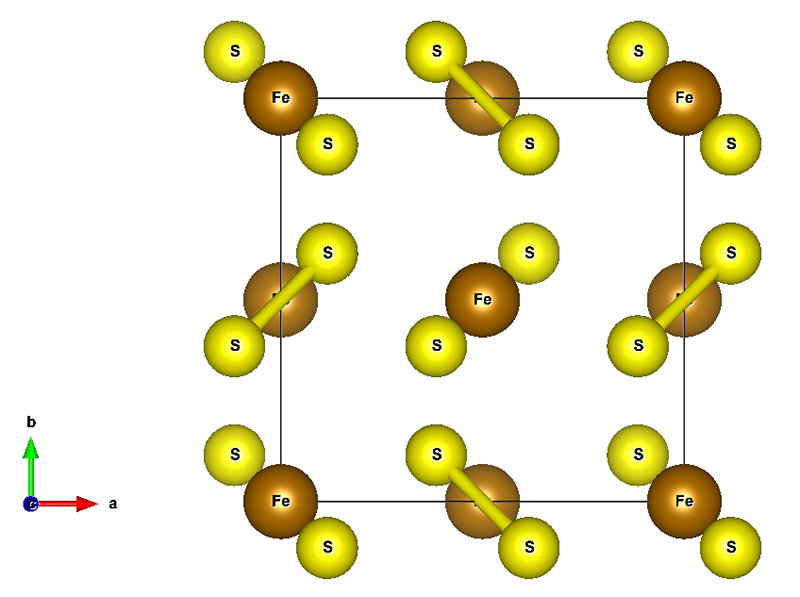 FIGURE 2. Hygroscopic halotrichite. Water is gathered at the tip of the growing crystal and diffuses to the pyrite surface. Field of view is 3 mm. 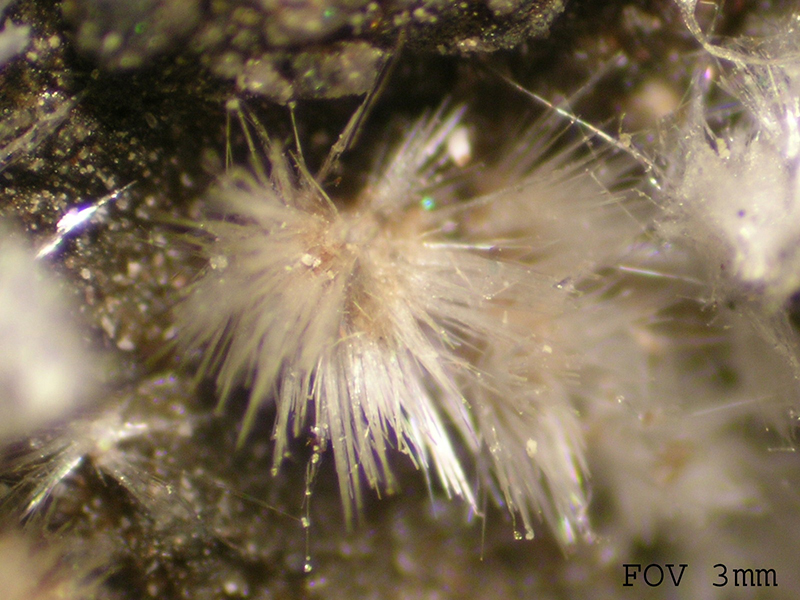 FIGURE 3. Thermal expansion of the pyrite and hydroxylapatite unit cell volume, expressed as percent change in molar volume, using data from Hovis et al. (2014), Fei (1995) and Chrystall (1965). Data for the thermal dehydration and desulfidation of melanterite are overlaid (Swami and Prasad, 1980). Phase changes that occur at distinct temperatures are shown as a line. Changes that occur over a range of temperatures are shown as shaded areas with the darkest part at the greatest amount of dehydration. 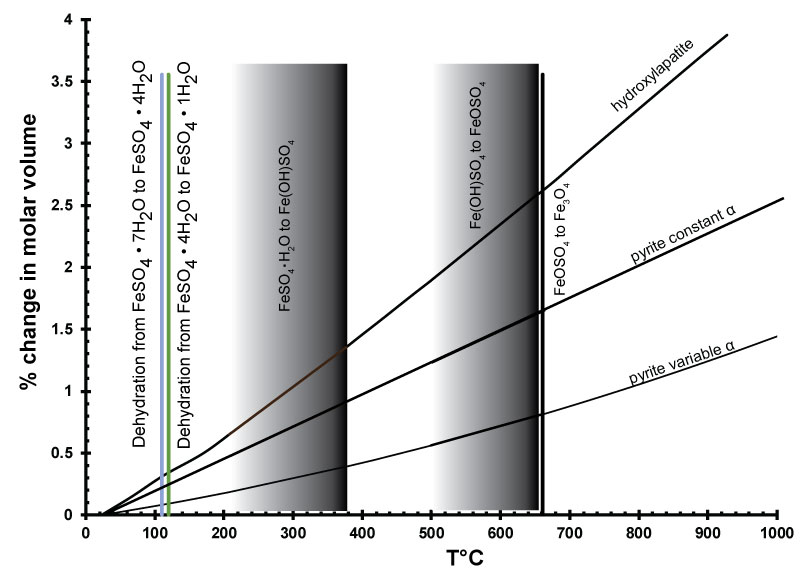