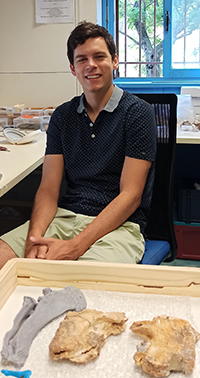 Romain Weppe currently works at the Institut des Sciences de l’Évolution Montpellier (ISEM), Université of Montpellier. He does research in Evolutionary Biology, Systematics, Paleobiology and Phylogeny of mammals. He is currently a PhD Student and working on dental anatomy of European endemic artiodactyls, especially at the moment on the cainotheriids family. He is included in the DEADENDER project led by Maeva Orliac and participates in excavations in the Quercy phosphorites. 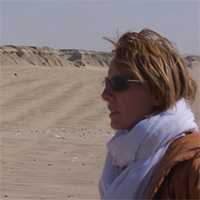 Cécile Blondel is assistant professor at the University of Poitiers (France). Her current research focuses on the evolution of Bovidae during the Mio-Pliocene of Africa. She is also actively involved in the reconstruction of paleo-environments of early hominids using dental wear analysis on ungulates. 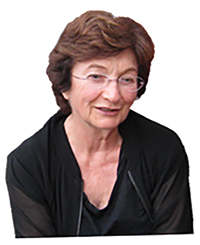 As a vertebrate paleontologist, Monique Vianey-Liaud is particularly interested in the evolutionary modes of Paleogene rodents, and their phylogeny, based on the analyses of the dental morphology, mainly of fossils from European deposits and among them mainly from Quercy phosphorites. She is also involved in works on early adaptive radiation of Paleogene mammals (Rodents and Multituberculates, ancient African mammals, primates, etc...). The reconstitution of rodent lineages and the demonstration of their evolutionary trends have largely contributed to the establishment of a mammalian biochronology of the European Paleogene. The quality of the material studied allowed the development of morpho-functional analyses, both on dental material and post-cranial material. Moreover, the microstructural analysis of dinosaur eggshells has enabled to propose a parataxonomy of them, as a basis for an operational biostratigraphy of the continental terminal Cretaceous.

She has participated in numerous field projects in Europe, Morocco, Tunisia, Jordan and India. She participates to present research programs (ANR), field and study of rodents, on new Quercy localities and Languedoc-Corbières localities.
Since she is emeritus, her teaching activities and science communication are done in the form of seminars, conferences, or supervision of students and PhD students. 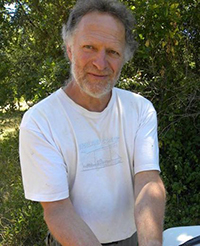 A Quercy native and a speleologist, Thierry Pelissié has been roaming the Causses du Quercy since he was a child. Doctor in geology, then teaching in the SVT, he continues his work in partnership with the University of Toulouse on the Jurassic of the northern edge of Aquitaine. He also works to protect and enhance the phosphorites and their ethnoarchaeological and paleontological heritage and contributes to relaunching research on this unique paleokarst, mainly with the universities of Montpellier, Poitiers and Lyon. As such, since the 1980s, it has been actively involved in the emergence of the UNESCO World Geopark and Reserve projects, which were completed in 2015 and 2017 respectively. A member of the Geological Heritage Commission of National Reserves of France, he is the curator of the Lot National Geological Nature Reserve. 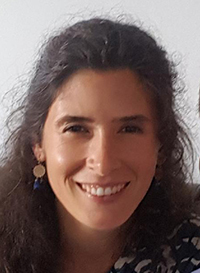 Maëva J. Orliac is a CNRS researcher at the University of Montpellier, France. She is a vertebrate paleontologist devoted to Cenozoic mammal evolution and phylogeny. She completed her undergraduate training and her PhD at the University Pierre et Marie Curie, in Paris. Her work primarily focused on the morphology and systematics of suoids (pigs and peccaries) and hippos, and their relationships within Artiodactyla. She is currently working on endocranial features of extinct and extant ungulates and primates, such as the middle and inner ear, and brain morphology. She is currently focussing on the secondary adaptation of hippos and cetaceans to semiaquatic/aquatic lifestyle.