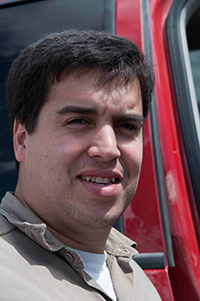 I grew up in a city of snow and lakes, San Carlos de Bariloche, Argentina, surrounded by mountains full of fossils. Starting at a young age, I assisted Argentinean researchers with their paleontological field work. I moved to La Plata University (Argentina), received my Ph.D. in 2007, and taught paleobotany there. I became a postdoctoral researcher at Pennsylvania State University (USA) and have now returned to Bariloche as a career researcher in the National Scientific and Technical Research Council of Argentina (CONICET-UNCO). My primary research interest is ecosystem evolution in the Southern Hemisphere, with particular focus on Cretaceous and Cenozoic climate change, biodiversity, and biogeography. Most of my research projects involve fossil leaf assemblages from Patagonia and the Antarctic Peninsula. 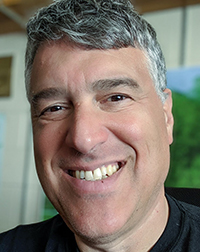 After an eclectic and non-geological undergrad career (B.A. Penn 1985), I spent three years teaching junior high school in New Jersey and then four years freelancing with my guitars in West Philly. I discovered geology and then paleobotany at the early age of 29 and have never looked back. I somehow moved from the street, almost literally, onto the doctoral track in Penn Geology and defended in 1998. Most of my thesis research was done in residence at the Smithsonian, on megafloral and paleoclimatic change across the Paleocene-Eocene boundary in southern Wyoming. During this time and in an ensuing Smithsonian postdoc, I began developing two major subsequent themes of my research: the fossil history of plant-insect associations and the unbelievable riches of Patagonian fossil floras. I spent three terrific years at Michigan, 1999-2002, as a Michigan Fellow and happily joined the Penn State Geosciences faculty in 2002, where these and several other wonderful research projects have flourished with the help of my students and colleagues all over the world. 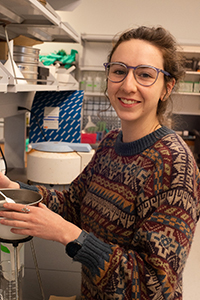 I was born and raised in Colombia, one of the most biodiverse countries in the world, by two ornithologists. Our adventures during my childhood took us traveling around the country, fostering my interest in the great diversity of living things and environments. I began my major in Geology at the Universidad de Los Andes in Bogotá, Colombia, where paleontology and paleoecology became my primary interests during my freshman year. I had the opportunity to explore paleontological research through field seasons in Panama and Colombia, before becoming fascinated with fossil plants during my M.Sc. at Penn State University with Dr. Peter Wilf. I am now a Ph.D. student at the University of Washingon, Seattle, and I am excited to continue exploring the applications of paleobotany to the study of past environments and the evolution of landscapes across time and space. 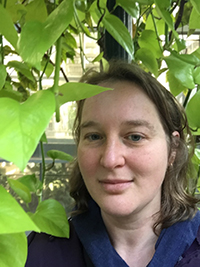 I am an artist and scientific illustrator, occasionally a paleobotany field and lab hand, an editor, and a staff member of The Arboretum at Penn State. I have been fortunate to know some of the world’s most interesting scientists and to tag along for field and lab work. I have worked for the Evolution of Terrestrial Ecosystems program at the Smithsonian National Museum of Natural History, and I received my B.S. in Biology and Geology from Tufts University.