The ecology of Spinosaurus: Figures 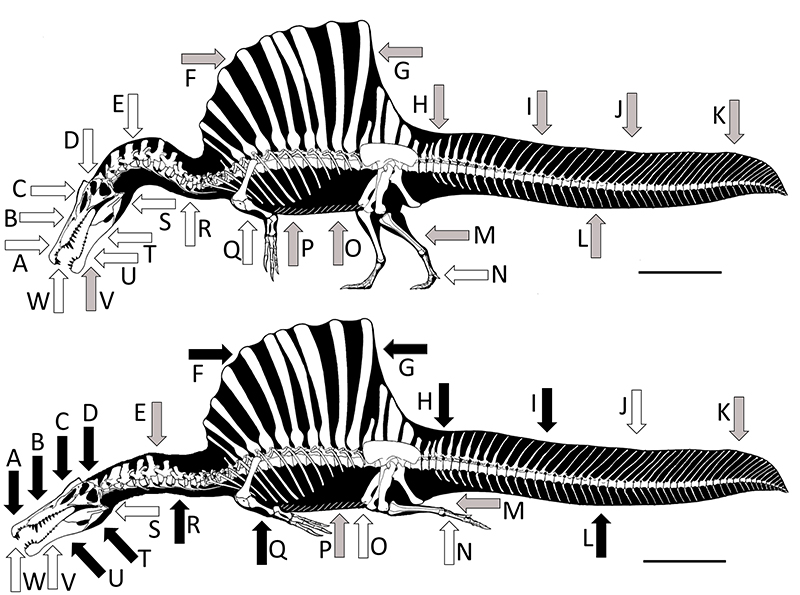 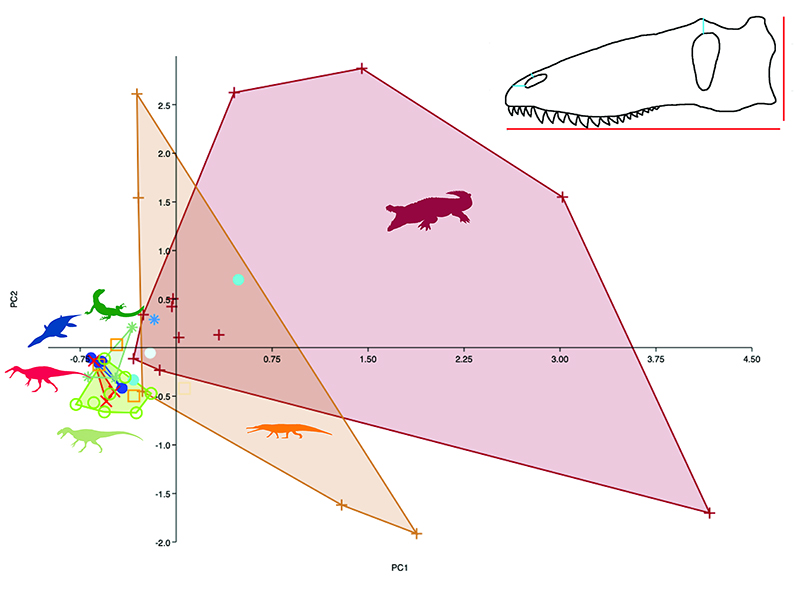 FIGURE 3. Graphs of various skull measurements to show the relationship between skull shape for different ecotypes. The red point is Spinosaurus, yellow are other spinosaurids, green are terrestrial taxa, pale blue are semi-aquatic and dark blue, fully aquatic animals. Least squares regressions are given for the terrestrial, semi-aquatic and aquatic datasets (the various spinosaurids were not included in these calculations), and the R2 values for these regressions are given. 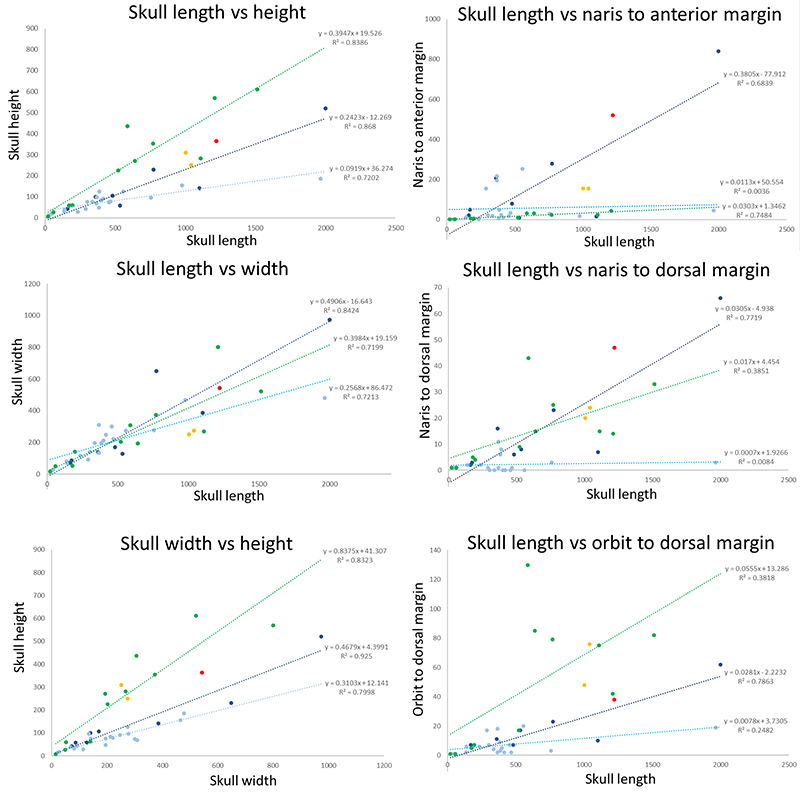 FIGURE 4. Graph of theropod ungual curvature vs ungual length. The inset shows how the curvature of the unguals was measured. In lateral view a line AB is drawn between the ungual tip and the base. This is bisected by a perpendicular line until it contacts the ungual at point C. Lines are drawn from A to C and A to B and the internal angle measured. Unguals of Spinosaurus are in red, a further specimen attributed to a spinosaur is in yellow, and individual specimens are abbreviated as follows: Ab, abelisaurid; Ac, Acrocanthosaurus; Ai, Alioramus; Al, Allosaurus; Ca, Caudipteryx; Ce, ceratosaur; Co, Compsognathus; Di, Dilophosaurus; Ga, Gaulicho; Gg, Gigantoraptor; Gl, Gallimimus; Gu, Guanlong; Ha, Halszkaraptor; Ju, Juravenator; Ki, Kileskus; Li, Limusaurus; Mj, Majungasaurus; Sc, Spectrovenator; Sd, spinosaurid; Sn, Sinraptor; Sp, Spinosaurus; SB, Spinosaurus B; Tt, Tyrannotitan; Ty, Tyrannosaurus. 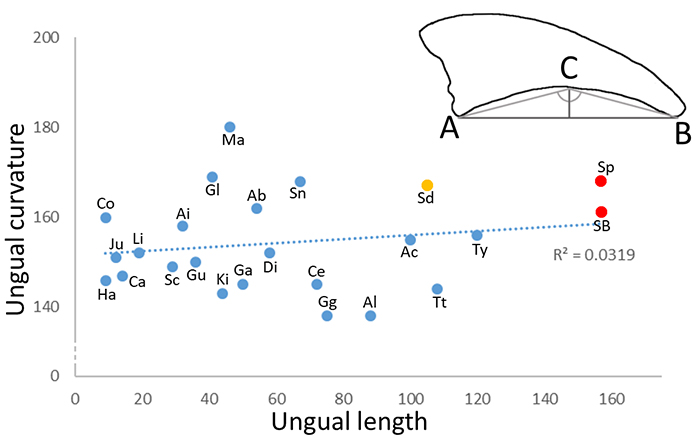 FIGURE 5. Comparison of skull shape of Spinosaurus and Baryonyx scaled to the same size. The two are very similar, which although this may be expected from their shared evolutionary history would suggest that they fundamentally forage in similar ways for similar prey, which contradicts the idea that one is an aquatic specialist. Not to scale. 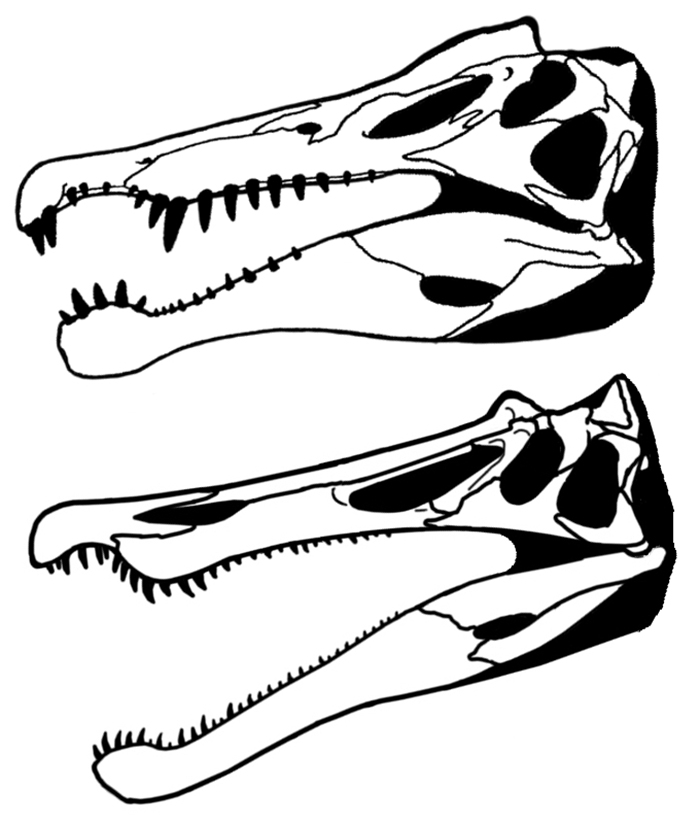 FIGURE 6. Suggested head positions of Spinosaurus relative to water. A) when dipping the snout in the water to forage while leaving the naris above the waterline as per the wading model. Head angle of 45 degrees based on Schade et al. (2020) for Irritator. B) while lying submerged, keep the naris and orbit clear of the water while minimising the amount of head that is exposed as per Arden et al. (2019), C) fully submerged as if coming up for air and trying to expose only the nares to breathe. Scale bar equals 1 m.

FIGURE 7. A) Skull of a stork (Leptoptilos - scale bar is 100 mm) with a posteriorly retracted naris allowing them to forage while keeping the nares free of the water as in B) showing Ephipporhynchus senegalensis feeding. Although proportionally much further back here than in Spinosaurus, the absolute distance of the naris from the anterior tip of the jaw is less in the stork. C) Skull of crocodylian (Crocodylus - scale bar is 100 mm) with dorsally positioned naris allowing them to rest with minimal exposure of the head as in D) Crocodylus niloticus resting at the surface (image courtesy of Jonathan J. Meisenbach).

FIGURE 8. Depth of water required for Spinosaurus to avoid the considerable effects of wave drag. Even with the hind limbs lifted up, the animal is nearly 3 m in dorsoventral height so to avoid wave drag (fully submerged by over 3.5 m) the water would need to be close to 6 m in depth for Spinosaurus to swim efficiently. This is a minimum and the real value is likely to be higher (see text for details). Outline modified from Ibrahim et al. (2020a) and scale bar equals 1 m. 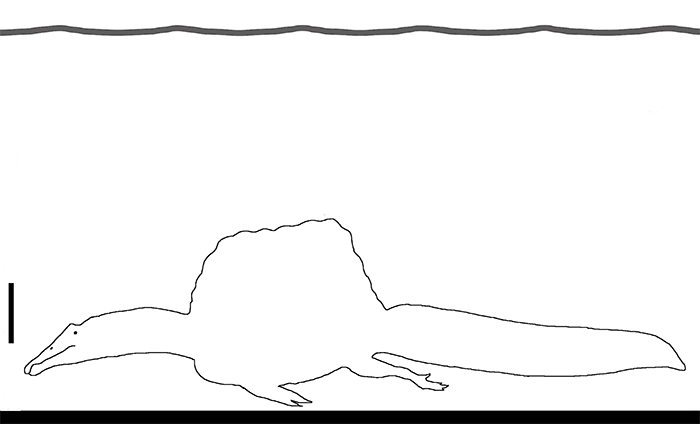 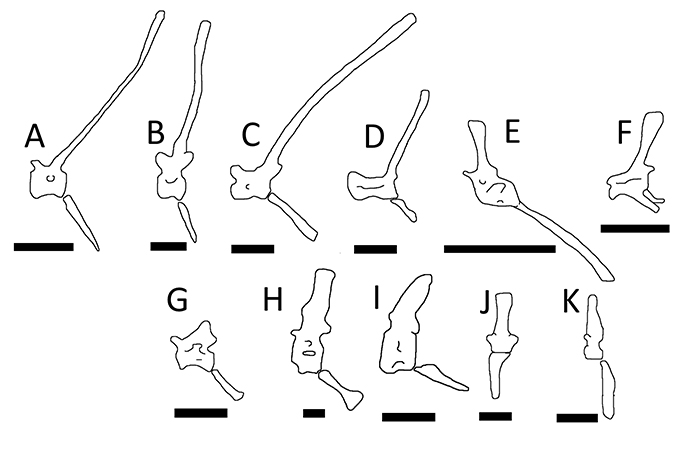