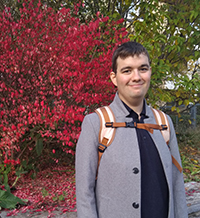 Viktor Baranov studied biology (BSc) and zoology & animal ecology (MSc, honors) at the V.N. Karazin Kharkiv National University (Ukraine). After completion of the Master degree in 2011, he worked for two years as a adjunct at the department of zoology of his alma mater, teaching medical zoology and parasitology. Between 2011 and 2013 he visited number of the international labs, including entomological laboratory of the Bergen University Museum (Norway), Gdansk laboratory of the amber Palaeobiology(Poland) and Zoological Institute in St. Petersburg (Russia). In 2014 Viktor Baranov has won Marie Curie early career fellowship, which allowed him to pursue phd in the ecology and biogeochemical impact of the aquatic insects on the carbon and oxygen cycles in lakes. After receiving his phd in Environmental and Earth science (2017) from Humboldt University of Berlin, he proceeded for a 1.5 year postdoc in the department of River Ecology and Conservation of Senckenberg Museum (Gelnhausen), working on long term trends in aquatic insect communities. Since October 2018 he works in the Joachim Haug’s research group (LMU Munich), dealing with evolutionary biology and ecology of the Holometabolan insects larvae. Life long interest, and encompassing framework of the Viktor Baranov’s studies is biology and geological history of aquatic Diptera, predominantly Chironomidae. 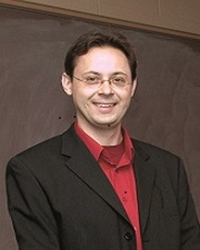 Michael S. Engel studied chemistry (BA) and physiology and cell biology (BSc) at the University of Kansas before completing a doctorate in Entomology at Cornell University (1998). Following Cornell, he was a Research Scientist in the Department of Entomology (later Division of Invertebrate Zoology) at the American Museum of Natural History . From there he became a curator and professor at the University of Kansas Natural History Museum, where today he is University Distinguished Professor and Senior Curator, as well as a Research Associate of the American Museum of Natural History. He studies the diversity of living and fossil insects, with his work bringing him to about 50 countries in order to collect modern species as well as ancient fossils.

Jörg U. Hammel is working as Scientist in Helmholtz-Zentrum Geesthacht Zentrum für Material- und Küstenforschung. He worked as Postdoctoral Scientist in Friedrich-Schiller-Universität Jena and University of Amsterdam. He have received his Diploma in Technical biology from the University of Stuttgart and his PhD in Zoology from Friedrich-Schiller-Universität Jena. 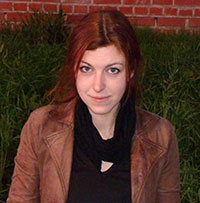 Marie K. Hörnig is a postdoctoral researcher in the work group of Steffen Harzsch at the University of Greifswald, but is also associated with the Palaeo-Evo-Devo group of Carolin and Joachim T. Haug at the LMU Munich. During her Diploma and PhD thesis in Greifswald, she worked on the evolution of ontogenesis and the deep-time aspects of social and brood care behaviour of Dictyoptera, as well as the origin of the different morphotypes within this insect group. In the context of her Ph.D. studies she broadens this approach and investigates the evolution of reproductive strategies of fossil insects in general. A further focus of her are imaging methods, especially for amber. These methods comprises, e.g. light microscopy and composite macrophotography under polarised light, stereo photography, micro-computed tomography, and virtual surface reconstructions. 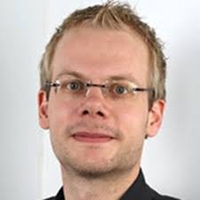