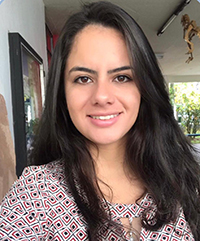 Kimberly S. Ramos is biologist and master student in Geology at Unisinos University. Her research interest is on biogenic structures (neoichnology) and its application to sedimentary geology, focusing on structures produced by insects and other arthropods in continental settings. 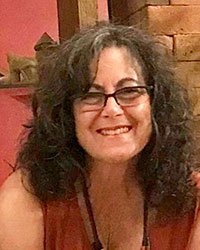 Renata Netto received a B.S. from the Unisinos University in 1984, and a M.S. (1989) and a D.S. (1994) from the Federal University of Rio Grande do Sul, Brazil. Her research interests have primarily focused on invertebrate ichnology and its application to sedimentary geology and, more recently, as bioindicators of climate changes. Netto is particularly interested in the ecology of benthic and edaphic invertebrates, and how these communities were affected by glaciation cycles. She has conducted field research mostly in southern Brazil, but also participated in field research works worldwide. Netto began work on ichnology around 1981, focusing on invertebrates and in trace fossil characterization and paleoecological and paleoenvironmental analyses, and soon expanded her interests to ichnological applications to stratigraphy, petroleum geology, and climate changes. Since 1994, Netto has been a Full Professor in the Geology Graduate Program at Unisinos University. 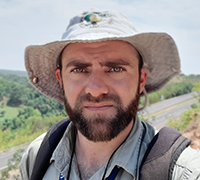 Daniel Sedorko is a biologist. He obtained M.S. at Universidade Estadual de Ponta Grossa and D.S. at Unisinos University. His research interests focus on trace fossils and its application to sedimentary geology, paleoenvironmental reconstructions, stratigraphy, and petroleum geology. Since 2019, Sedorko is a Full Professor at Geography Institute of the Universidade Federal de Uberlândia.