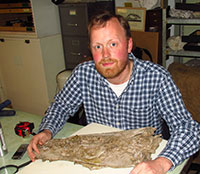 Sven is an associate researcher at the Naturkundemuseum in Bielefeld, Germany. His research focuses on the anatomy and evolution of plesiosaurs and other marine reptiles of the Mesozoic.
Current projects include reassessments of plesiosaur specimens from the Lower and Middle Jurassic, elasmosaurid plesiosaurs from the Western Interior Seaway (Late Cretaceous) of North America and pliosauromorph plesiosaurs from the Late Cretaceous of the USA and Germany. Furthermore Sven is involved in studies on the German thalattosuchian diversity and palaeoeology. 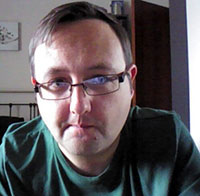 Mark Young is an evolutionary biologist and palaeontologist at the University of Edinburgh, UK. His primary research is focused on the taxonomy, phylogeny and evolution of marine crocodylomorphs, in particular Thalattosuchia – the group which includes dolphin-like crocodylian relatives. He completed his MSc degree in Advanced Methods in Taxonomy and Biodiversity at Imperial College London, UK then his PhD at the University of Bristol, UK (both in conjunction with the Natural History Museum London). 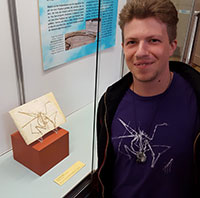 Pascal Abel completed his MSc degree in palaeobiology and applied sedimentology at the University of Erlangen-Nuremberg, Germany. He is currently a doctoral candidate at the Senckenberg Centre for Human Evolution and Palaeoenvironment (SHEP) in Tübingen, Germany. His research focusses on tetrapod skull evolution and the Mesozoic reptile record of Germany. His current projects include the evolution and functional morphology of temporal openings, pterosaurs from the Cretaceous of Germany, as well as the evolution and systematics of thalattosuchians. Additionally, Pascal writes popular scientific texts about different palaeontological topics. 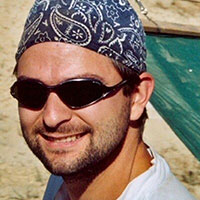 Heinrich Mallison studied Geology/ Paleontology at Tübingen University in southern Germany. After a brief stint in palaeobotany, working on fossil pine cones, he received a doctorate (Dr. rer. nat.) for his work on developing computer aided design and computer aided engineering modeling methods for vertebrate paleontology in 2007. This project was part of the Research Unit FOR 533 'Biology of sauropod gigantism' of the German Science Foundation (GSF) and dealt mostly with the locomotion of the 'prosauropod' Plateosaurus.

Heinrich currently continues his work on digitizing and NASTRAN-based kinetic/dynamic modeling techniques as head (and sole member) of a project at the Museum für Naturkunde in Berlin (MFN), again part of GSF FOR 533, modeling sauropod locomotion and related aspects.

Other current research activities involve a revision of Plateosaurus material in the MFN, cranial kinesis in large theropods, and stegosaur defense mechanisms.

If research and family allow, Heinrich prefers to spend his summer holidays digging for dinosaurs.