FIGURE 1. A. A fossil in the field subsequent to flipping the jacket shows the extent of root growth across the surface of the bone, and infiltrating the bone and rock (MWC 9874). B. The same specimen, with the root system highlighted in white to better illustrate the pervasiveness of the root network. 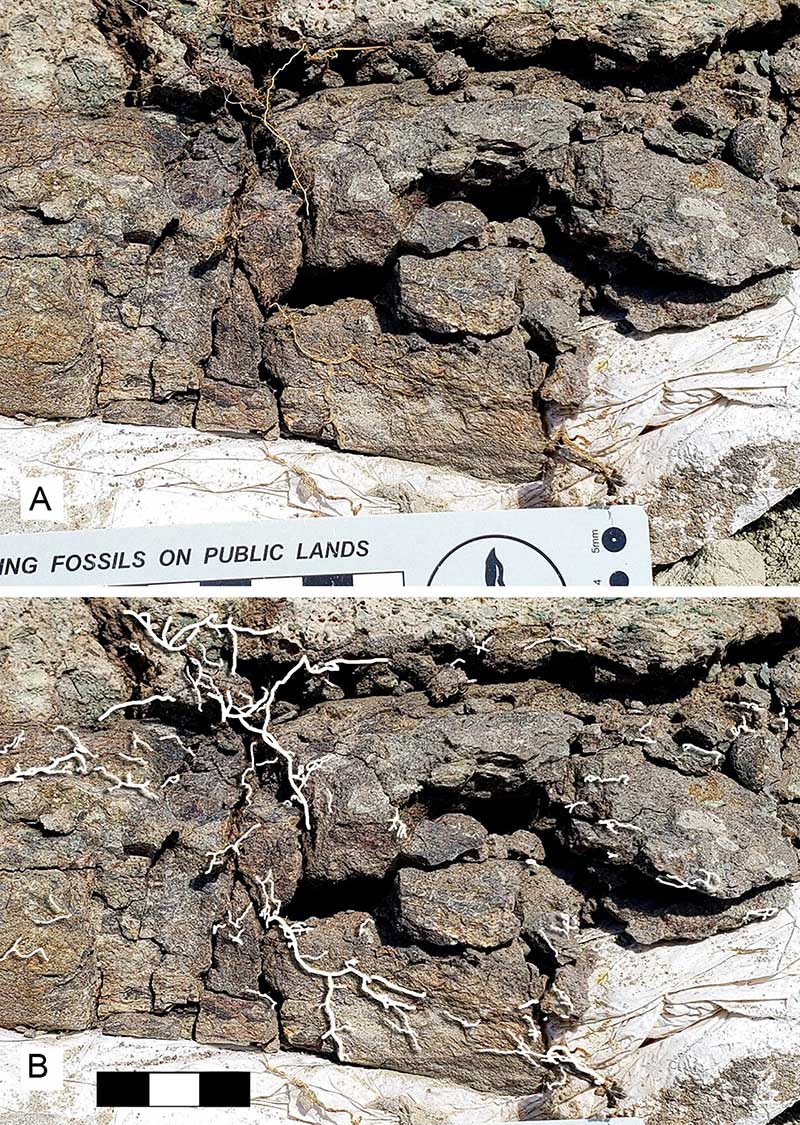 FIGURE 2. A. Field jacket #98104, containing two anterior caudal vertebrae. Parts of both vertebrae are visible, showing the extensive fracturing of the vertebrae. Most of the roots have been removed at this point, but some remain faintly visible as “whiskers.” However, photo quality is poor due to the low resolution of digital cameras in use at the time. B. Field jacket #98011, containing five articulated caudal vertebrae and two chevrons. This figure shows the broken nature of the fossils in the field jacket, as well as how closely the jackets conform to the bone with little or no matrix in between, especially along the dorsal and ventral aspects.

FIGURE 3. A plaster and burlap cradle containing MOR 1184 being burned away from the entrapped fossil. 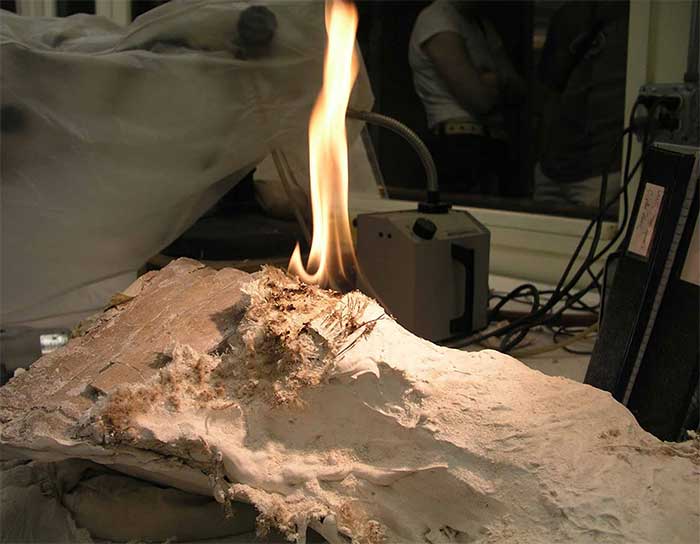