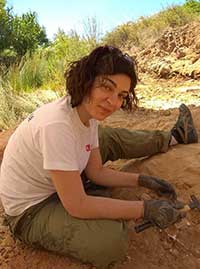 Dionysia Liakopoulou is a Ph.D. candidate on Palaeontology at the University of Athens, Greece. Her studies deal with the systematics, morphometry, phylogeny, palaeobiology and evolution of the fossil Greek ungulates. She studies the functional morphology of fossil material both externally, using geometric morphometrics, and internally, using CT imaging. She has focused on petrosal anatomy of endemic species and currently her interests include Lat Cenozoic ungulate collections. 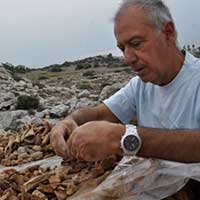 Dr. George E. Theodorou is an Emeritus Professor of Palaeontology and Stratigraphy at NKUA. He is working mainly on Palaeontological excavations and the study of the findings of Upper Miocene – Holocene located in open sites or caves. He has more than 135 publications in international Journals and Congresses. He has organized more than 10 exhibitions / small museums in Greece and Cyprus. He has been elected twice General Secretary of the Speleological Federation of the European Community and he is member of the European Academy of Sciences and Arts, Salzburg Austria. His interests cover: Island Endemics, Upper Miocene Mammals and Pleistocene Climatic changes and Museology. He has executed more than 20 projects in which more than 5.000 student / field days have been covered in Greece and Cyprus. 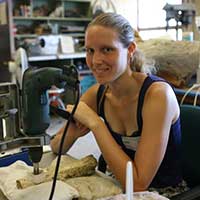 Dr. Anneke van Heteren is the Head of the Mammology section at the ZSM and work on the covariation between hands and feet. She is also a member of the Dodo Research Project, which brings together interdisciplinary expertise from the Netherlands, Germany, the United Kingdom, Mauritius, Norway and the United States. In this framework, She works on a project regarding sexual dimorphism, weight and population structure in the dodo (Raphus cucullatus). Her interests include vertebrate evolution with a particular focus on Quaternary mammals, including humans and other primates.