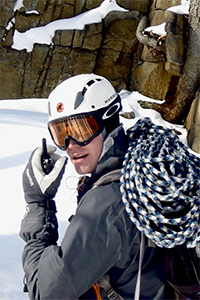 Dr. Matt Davis is an award winning paleontologist and science communicator. As an Exhibition Developer at NHMLAC, he curates exhibitions merging art and science like Frozen in Time: Images of Antarctica and the upcoming L.A. Underwater: The Prehistoric Sea Beneath Us. At La Brea Tar Pits, Davis helps research how emerging technologies can better engage and educate museum visitors. Through collaborations with local tech companies and the University of Southern California, he has explored recreating dioramas in virtual reality (VR) and using augmented reality (AR) viewfinders to bring Ice Age animals back to the streets of modern day L.A. 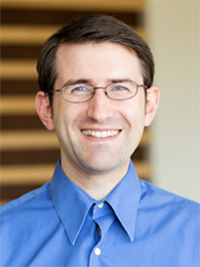 Dr. Benjamin D. Nye is the Director of Learning Sciences at University of Southern California, Institute for Creative Technologies. He received his Ph.D. in Systems Engineering from the University of Pennsylvania in 2011. Ben’s major research interest is to identify best-practices in advanced learning technology, particularly for frontiers such as distributed learning technologies (e.g., cloud-based, device-agnostic) and socially-situated learning (e.g., face-to-face mobile use). His research interests include modular intelligent tutoring system designs, social learning and sustained engagement in learning, augmented reality, and educational tools for the developing world and low-resource/low-income contexts. He serves as Membership Chair of the International Society of Artificial Intelligence in Education (IAIED), and is a member of IAIED, the Association for the Advancement of Artificial Intelligence, and the Educational Data Mining Society. 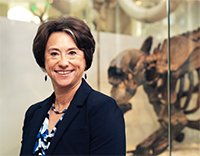 Dr. Gale M. Sinatra is the Stephen H. Crocker Chair and Professor of Psychology and Education at the Rossier School of Education at the University of Southern California. She received her B.S., M.S. and Ph.D. in Psychology from the University of Massachusetts, Amherst. She is past President of American Psychological Association (APA) Division 15, Educational Psychology. She is an Associate Editor of Journal of Experimental Psychology: Applied. She is a Fellow of both APA and the American Educational Research Association (AERA) and the winner of the 2020 Sylvia Scribner Career Award from AERA Division C, Learning and Instruction. She heads the Motivated Change Research Lab at USC, the mission of which is understanding the cognitive, motivational, and emotional processes that lead to attitude change, conceptual change, and successful STEM learning. She is the co-author (with Barbara Hofer) of Science Denial: Why It Happens and What to Do About It, published in 2021 by Oxford University Press. 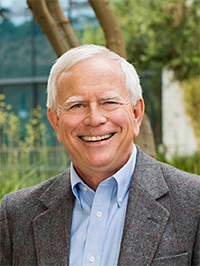 William Swartout is chief technology officer at the USC Institute for Creative Technologies and a research professor in the Computer Science Department at the USC Viterbi School of Engineering. He received his Ph.D. and M.S. in computer science from MIT and his bachelor’s degree from Stanford University. In 2009, Swartout received the Robert Engelmore Award from the Association for the Advancement of Artificial Intelligence (AAAI) for seminal contributions to knowledge-based systems and explanation, groundbreaking research on virtual human technologies and their applications, and outstanding service to the artificial intelligence community. Swartout is a Fellow of the AAAI, has served on their Board of Councilors and is past chair of the Special Interest Group on Artificial Intelligence (SIGART) of the Association for Computing Machinery (ACM). He has served as a member of the Air Force Scientific Advisory Board, the Board on Army Science and Technology of the National Academies and the JFCOM Transformation Advisory Group. Prior to helping found the ICT in 1999, Swartout was the Director of the Intelligent Systems Division at the USC Information Sciences Institute. 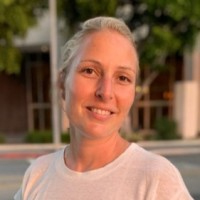 Molly Sjöberg is Exhibition Project Manager at NHMLAC, and guides a diverse range of projects from collaborative grant research projects to travelling exhibitions, to in-house exhibitions developed at NHMLAC. Sjöberg’s recent and upcoming exhibitions include the travelling biographical exhibition from National Geographic Becoming Jane: The Evolution of Dr. Jane Goodall; Spiky, Hairy Shiny: Insects of L.A., an exhibition that mergers art, science and community science; and the upcoming L.A. Underwater: The Prehistoric Sea Beneath Us. 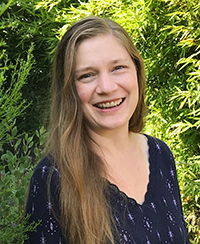 Molly Porter is the Director of Education at NHMLAC. Porter received an M.S. Ed in Leadership in Museum Education from Bank Street College of Education, and a Bachelors in Art History from the University of Texas at Austin. She has been with the Natural History Museum for over 12 years, and in the field of museum education for over 18. Ms. Porter has worked at institutions in Southern California including Kidspace Children’s Museum, Skirball Cultural Center and the Huntington and across diverse content areas and audiences including adults, families, school and teacher audiences, and in collections.

During her years with the Natural History Family of Museums, Ms. Porter has created an entirely new suite of school and teacher programs at both NHM and the La Brea Tar Pits Museum. Additionally she has built partnerships and increased collaborative projects with local school districts, including Los Angeles Unified, and other non-profit organizations.

Ms. Porter served on the board of the Education Consortium of Central Los Angeles as Board President 2012–2014, Board Member 2009–2016. She is a founding member of SoCal ISE, a regional organization strengthening informal science education through professional development, from 2015 to the present. She has been a presenter at regional, statewide and national conferences and has published on virtual learning approaches and Visual Thinking Strategies. 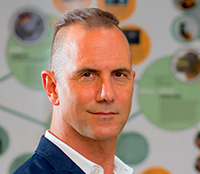 David Nelson is a Project Director and Creative Producer at USC’s Institute for Creative Technologies. He received a BFA from the Tisch School of the Arts at NYU in Film Production and Dramatic Writing. He is an award-winning Producer/Director, having created content in the arenas of feature films, documentaries, music videos and commercials. Nelson is a recipient of a Hugo Award for Excellence in Television Documentary and has studied storytelling for more than 20 years. At ICT, he has been engaged in research efforts investigating Human Computer Interaction, Human Centered Design, UX/UI and the emerging Language of Immersion. He has served as an advisor for Sony Pictures Entertainment and 20th Century Fox Innovation Lab’s summer immersive innovation programs. 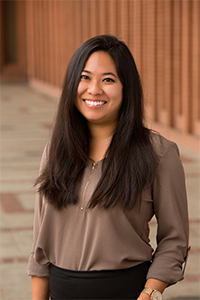 Alana Kennedy is Ph.D. Candidate in the Urban Education Policy program at the Rossier School of Education at the University of Southern California. Her research interests investigate how learners’ study skills and use of technology promote academic behaviors that support learning and motivation in formal and informal learning environments. 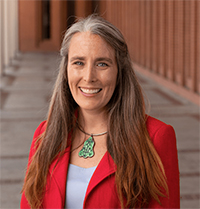 Imogen Herrick is an award winning Ph.D. Candidate in the Urban Education Policy program at the Rossier School of Education at the University of Southern California. Her research interests include teachers’ conceptual changes during NGSS reforms, place-based education, exploring students' scientific funds of knowledge about issues of environmental justice, and epistemic cognition and reflexivity. Before working on her Ph.D. in the Motivated Research Lab at USC, Herrick was a high school science teacher. 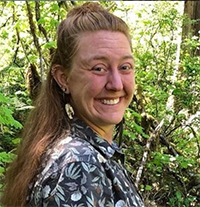 Dr. Danaan DeNeve Weeks is an evolutionary ecologist and science communicator. They are currently a Postdoctoral Fellow at La Brea Tar Pits studying the use of AR in museum settings. As a scientist, Dr. DeNeve is interested in using a variety of methods to explore questions about how mammals respond to environmental changes and how we can apply these findings to protecting species living in increasingly anthropogenically-modified environments. As a science communicator, they are interested in creating and delivering engaging and impactful learning experiences at the interface of evolution, ecology, and anthropology, with a focus on facilitating direct communication between scientists and learners, and improving general understanding of the importance of scientific principles and methods to our everyday lives. 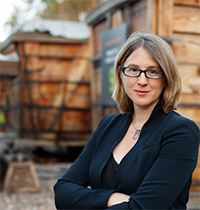 Dr. Emily L. Lindsey is an Assistant Curator in the Rancho La Brea department at NHMLAC and Excavation Site Director at La Brea Tar Pits. Her research program leverages fossil data to elucidate pre-Anthropocene ecosystem dynamics, to understand how climate change and human actions intersect to drive extinctions, and to predict ecological response to modern global changes. Dr. Lindsey holds adjunct faculty appointments in the Institute of the Environment and Sustainability at UCLA and in the Department of Earth Sciences at USC, and serves on the academic board of the Institute for Field Research. She has conducted fieldwork in the United States, Chile, Ecuador, Guyana, and Antarctica, and was a Fulbright scholar to Uruguay.