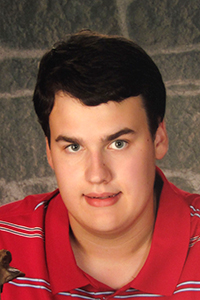 Russell Engelman is a PhD student in the Department of Biology at Case Western Reserve University in Cleveland, Ohio. His research interests primary focus on the evolution of metatherians and non-carnivoran carnivorous mammals, particularly clades from the Cenozoic of South America such as opossums, paucituberculatans, and sparassodonts. His research has focused on a variety of topics such as alpha taxonomy, phylogenetics, paleoecology, macroevolution and clade extinction, including broader studies as to why certain adaptations and clades rise and fall. His thesis research focuses on comparisons between the evolutionary history of South American sparassodonts metatherians and African hyaenodont placentals. 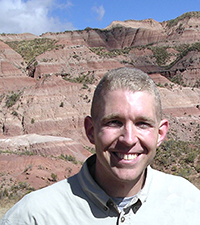 Darin Croft is a Professor in the Department of Anatomy at Case Western Reserve University in Cleveland. He specializes in the evolution and paleoecology of South American mammals, and his research interests span alpha taxonomy (describing new species), phylogenetics (how animals are related), paleoecology (how extinct animals lived and interacted with each other), and macroecology (large scale trends in species diversity and community evolution). Many of his investigations has focused on a group of endemic (and now extinct) mammals called notoungulates, but he also also published various works on rodents, marsupials, and xenarthrans. He has long-standing collaborative field research programs in the Andes of Chile and Bolivia and has also conducted fieldwork in Argentina, Ecuador, and Peru. He is a research associate at several natural history museums, including the nearby Cleveland Museum of Natural History, and is an external faculty member of the Facultad de Ciencias of the Universidad Austral de Chile in Valdivia.