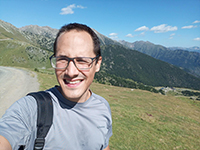 Guillem Orlandi-Oliveras received his PhD in Biodiversity from the Universitat Autònoma de Barcelona in 2019 and he collaborates as a paleontologists with the Institut Català de Paleontologia (ICP). His PhD focused on the study of the life history and ecology of hipparionin horses, with the aim of deciphering how the environment affected them. Moreover, he has worked in several Neogene and Quaternary fossil sites. He is interested in the mammal fauna evolution registered in the Catalan basins and in the educational opportunities that paleontological studies can offer. 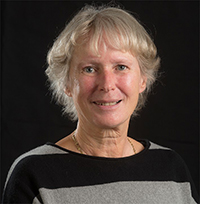 Meike Köhler gained her PhD in Vertebrate Paleontology at the University of Hamburg, Germany. She uses bone and dental histology to reconstruct life histories of fossil taxa with special focus on evolution under insularity. Since some years, she collaborates with a team at FIWI (Vienna) to calibrate bone tissue growth with hormonal levels and metabolism in extant deer and European brown hares. 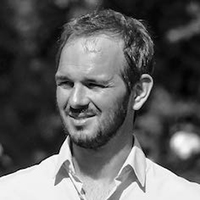 Julien Clavel is a CNRS researcher at the University of Lyon. He is an evolutionary biologist generally interested in the processes that generate, maintain, and ultimately eliminate biological diversity through time (macroevolution). To this aim, he is using and developing comparative and quantitative analytical approaches [especially modelling and phylogenetic comparative methods] for understanding the evolutionary consequences on phenotypic and taxonomic diversity of species interactions and their interactions with their environments.

The modelling approach he takes is essentially developed on the phylogenetic framework which is providing the historical and evolutionary context needed to tackle long standing and fundamental questions in macroevolution. In particular, this modelling approach on phylogenies defines a unified analytical framework for the study of both extant and fossil data and allows assessing how species have evolved on spatial and temporal scales that are otherwise inaccessible to experimental biology. 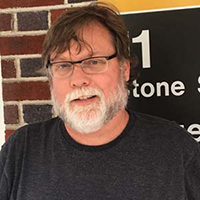 Rob Scott received his Ph.D. in Anthropology from the University of Texas at Austin in 2004 and is an Associate Professor of Anthropology at Rutgers, The State University of New Jersey, USA. He is the co-developer of a Dental Microwear Texture Analysis which is now the standard method for quantifying dental microwear in three dimensions. His research program involves questions about the influence of diet and dietary change in human evolution. These questions can be divided into three intersecting areas: 1) the influence of habitat and ecology on diet and selection pressures in human evolution, 2) dietary reconstructions in human evolution, and 3) adaptation related to diet. As part of this research program, Scott has a strong focus on late Miocene hominid paleoenvironments in Western Eurasia and is a leading expert in the application of the ecomorphology of fossil bovids and equids in the reconstruction of ancient environments. 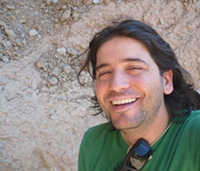 Serdar Mayda received his BSc in Geology (1999) and Ph.D. in Zoology from Ege University (2008) in Izmir/Turkey. His research mainly focuses on systematics and biostratigraphy of Anatolian Neogene fossil mammals, primarily proboscideans and carnivorans as well as Palaeolithic zooarchaeology studies. He has a wide-ranging background in the excavation of fossil mammalian sites from several Neogene and Quaternary localities from Turkey, including Paşalar, Çorakyerler and Karain. He has worked as the curator of Ege University Natural History Museum between 1999-2015. Since then, he is currently working as an Ass.Prof. in the Department of Zoology at Ege University. 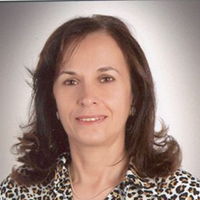 Prof.Dr. Tanju Kaya received her PhD in Paleontology from Ege University (1986) and since 2002 she has worked as the director of Ege University Natural History Museum in İzmir/Turkey. Her research primarily focuses on Perissodactyl systematics of Anatolian Neogene Faunas. She has conducted numerous field projects in Turkey for the last 30 years, including Paşalar, Çorakyerler and Gülpınar. 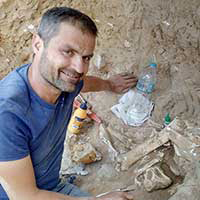 Gildas Merceron is a paleontologist. He has been involved in the study of paleo-ecology of mammals that lived in Old World from 20 millions years ago. The methods he uses are mammal anatomy (to decipher the mode of locomotion of these mammals), stable isotope geochemistry and dental microwear textural analysis (to track the type of diets eaten by these mammals). G. Merceron obtained his Ph.D. in Vertebrate Paleontology at the University of Poitiers, France. After several post doc in the USA, Germany and Austria, G. Merceron got a tenure position as CNRS researcher at the University of Lyon in 2008. Since 2012, G. Merceron is at the PALEVOPRIM lab (CNRS and University of Poitiers) where he is piloting several projects involving analysis of experimental data and models based on wild extant populations of mammals to re-interpret eco-proxies extracted from fossil teeth.