Joachim T. Haug. Ludwig-Maximilians-Universität München (LMU Munich), Faculty of Biology, Biocenter, Großhaderner Str. 2, 82152 Planegg-Martinsried, Germany and GeoBio-Center at LMU, Richard-Wagner-Str. 10, 80333 München, Germany.
Joachim T. Haug studied animal ecology (major), sociobiology and palaeontology (minors) at the Julius-Maximilians-Universität Würzburg. After the receipt of the Diplom in 2005, he moved to the work group Biosystematic Documentation at the University of Ulm for his PhD thesis. There he worked on the early crustaceans from the Cambrian 'Orsten', which are preserved three-dimensionally and with minute details. To make the entire morphology clearly visible, Joachim produced computer-based 3D models for each developmental stage of a species, resulting in a 4D model of the species. With 4D models reconstructed for the different species, differences in the developmental pattern between the species became visible. These changes in the developmental timing, so-called heterochronic events must have occurred several times during early crustacean evolution. Due to these findings, Joachim got interested in studying such evolutionary changes of development also in fossils from other deposits and focussed on Palaeo-Evo-Devo (see also http://www.palaeo-evo-devo.info). After his defense in 2009 and two further years as postdoctoral researcher in Ulm, he received two Feodor Lynen research fellowships from the Alexander von Humboldt-Foundation, with which he was doing research at Yale University and at the Ernst-Moritz-Arndt-Universität Greifswald. Besides 3D modelling, Joachim is also interested in different methods of imaging (documentation and presentation). In September 2013, he relocated to the Ludwig-Maximilians-Universität in Munich. In April 2018 Joachim became a Lichtenberg professor at the Ludwig-Maximilians-Universität München (LMU Munich) funded by the Volkswagen Foundation. 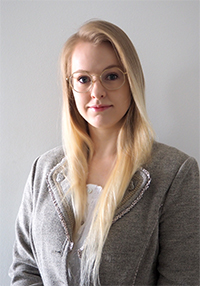 Serita completed her M.Sc. degree in Environmental Sciences at the North-West University in South Africa, focusing on the biodiversity and systematics of parasitic marine representatives of Eucrustacea and more specifically, those of Isopoda and related groups. She is currently completing her PhD in Evolutionary & Developmental Biology at the Ludwig-Maximilians-Universität München (LMU Munich), Germany, funded by the German Academic Exchange Service (DAAD). By examining and studying extant and fossil forms, her PhD project focusses on the morphology, development and evolution of Eucrustacea, including their lifestyles, feeding habits and symbiotic relationships. Serita has recently also become a member of the Ocean Biodiversity Information System (OBIS) secretariat based at the IOC Project Office for IODE in Oostende, Belgium where she supports the management and coordination of data and information on ocean observing systems and networks. 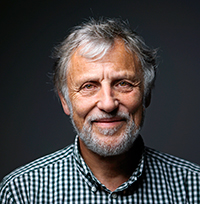 Carsten Gröhn. Bünebüttler Weg 7, 21509 Glinde, Germany.
Carsten Gröhn was born in Mölln, Schleswig-Holstein, in 1949. He studied biology at the University of Kiel and taught biology at the Gymnasium Glinde for more than 40 years. For 30 years, he has been an enthusiastic collector of amber – his primary interest lies in amber inclusions, especially those in Baltic amber. His aim is to provide amber enthusiasts with comprehensive information. Both his website ambertop.de and the standard reference work ALLES ÜBER BERNSTEIN are widely read in German. Furthermore, he is author and co-author of various other books and publications on amber. As chairman for the Society for the Promotion of the Geological-Paleontological Museum of the University of Hamburg (“Arbeitskreis Bernstein”), he presides over more than 200 amber enthusiasts from around the globe. 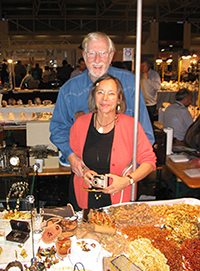 Christel and Hans-Werner Hoffeins are citizen scientists, working with Baltic amber and inclusions since more than 30 years. They manage a large and outstanding collection of amber fossils, in particular Diptera, Coleoptera and Hymenoptera and have expertise in the preparation and conservation of inclusions. 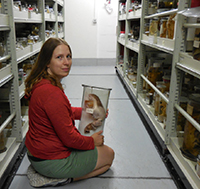 Carolin Haug. LMU Munich, Faculty of Biology, Grosshaderner Str. 2, 82152 Planegg-Martinsried, Germany, and LMU Munich, GeoBio-Center, Richard-Wagner-Str. 10, 80333 München, Germany.
Carolin Haug studied biology at the Julius-Maximilians-Universität Würzburg with animal ecology as major subject and sociobiology and palaeontology as minor subjects. She received her Diplom in 2005 and moved to the University of Ulm for her Ph.D. thesis. In the work group Biosystematic Documentation she investigated the ontogeny and evolution of the arthropod head shield on a wide spectrum of fossil and extant specimens. Due to the very different demands of the material, she developed new imaging techniques or modified existing methods together with her collaborators, for example, composite imaging, stereo photography or autofluorescence macro- and microscopy. In 2011, Carolin defended her Ph.D. thesis. She was a postdoctoral researcher at Yale University and at the Ernst-Moritz-Arndt-Universität Greifswald. Besides optimising imaging techniques, she is interested in fossilised development (see also http://www.palaeo-evo-devo.info) and in the evolution of tagmosis. For this purpose, she investigates mainly arthropods from different deposits yielding exceptional preservation, such as Rhynie chert, Solnhofen Lithographic Limestones, the 'Orsten', Burgess Shale, or Mazon Creek, always in comparison to their extant relatives. Carolin moved to Munich in 2013 to continue her research there at the Ludwig-Maximilians-Universität.