Symbiosis in the Silurian: Authors 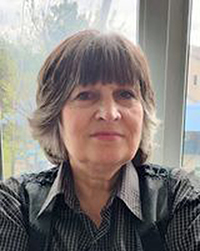 Tamara Borisenko is working at the State company "Ukrainian Geological Company". She is leading geologist at the Center for Regional Geological Research. She is involved in geological prospecting and search for mineral resources. She is participating in geological mapping of Ukraine in the scale 1:200 000. She is member of Geological Society of Ukraine. 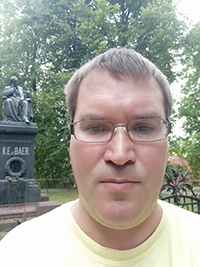 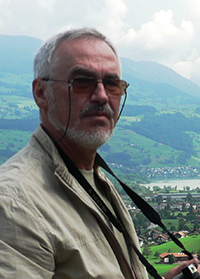 Volodymyr Grytsenko works in the National Museum of Natural History, National Academy of Sciences of Ukraine, at the position of the head of the Department of Geology. He is also head of the Kyiv department of Paleontological society at National Academy of Science of Ukraine. Volodymyr studied geology at the Taras Shevchenko National University of Kyiv. He held a position of Assistant Professor in Geological faculty of the same university and scientist at the museum working with Silurian corals and Vendian (Ediacaran) fossils. He curates large collection of corals and studies lithology of Silurian limestone’s and Ediacaran vendobionts from Podillia, Ukraine. 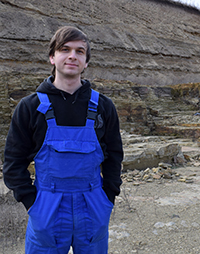 Ion Francovschi is studying the Ediacaran-Paleozoic sequence from the southwestern part of the East European Platform, mainly on the territory of the Republic of Moldova, plus the adjacent regions of Ukraine, as well as the Ediacaran-Paleozoic sequence from the Predobrogean Depression. He is equally interested in different research disciplines, such as mineralogy, geochemistry, stratigraphy, and paleontology. 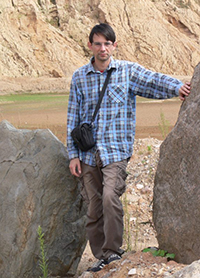 Yury Zaika studied zoology at the Belarusian State University. As a student, he collaborated with the Institute of Geology in Minsk, where he studied the collection of Devonian (Frasnian) corals from cores from deep boreholes in Belarus. This material became his thesis work in 2003, which was subsequently published. His research then focused on the Ordovician and Silurian Tabulate corals of Taimyr and the western slope of the Subpolar Urals, which formed the basis of his PhD thesis in 2007. He later took part in the study of the Devonian Tabulate corals of Alaska. In 2010 he was among the awardees of the International Research Program (Sepkoski Grants). Currently Yury Zaika is studying the erratic fossils of Belarus, primarily the Tabulate and Rugose corals. His research interests are also related to biostratigraphy of the Paleozoic deposits of Eastern Europe.