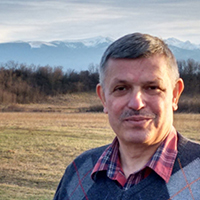 Dr. Vlad A. Codrea is a professor working at the Babeș-Bolyai University (UBB) of Cluj-Napoca (Transylvania, Romania), Department of Geology. He graduated Geology-Geophysics in 1981 at UBB followed by a career in field geology for five years, working with a drilling enterprise from Bucharest to search geothermal waters in Western Romania. In 1986 he was a researcher at UBB, interested in vertebrate palaeontology. In 1990 he begun an academic career at UBB, finishing his Ph.D. thesis on fossil rhinoceros and tapirs from Romania in 1995 and then rising in all the university titles until he became a full professor in 2002. He is the founder and the head of the "Paleotheriology and Quaternary Geology Laboratory" from UBB. In the last decades he worked on the research of various fossil vertebrates, mainly in the latest Cretaceous and Cenozoic terrestrial formations from Romania, being especially interested in fossil mammals. As a promoter of several doctoral studies, mainly on vertebrate palaeontology, he has a rich field experience, being the head of several palaeontologist teams working on various places in Romania. He was the leader of two National Geographic grants, a member of another NG grant, and the leader of several national Romanian grants. He coined several new fossil taxa, of various geological ages. 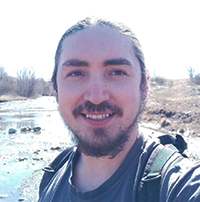 Marian Bordeianu is currently a Ph.D. student at the Theoretical and Applied Geology Doctoral School (SDGTA) from Babeș-Bolyai University of Cluj-Napoca (Transylvania, Romania). As a research assistant and member of the “Paleotheriology and Quaternary Geology Laboratory” since 2014, he is one of the rare young professionals in Romania with excellent skills and knowledge in sampling, preparation and conservation of various types of fossils, but mainly vertebrate fossils. As a passionate palaeontologist and as a skilful ”fossil-hunter”, he has already brilliant discoveries, including several new fossil vertebrate localities. While his Ph.D. thesis concerns the Middle-Upper Miocene microvertebrates from the Moldavian and Scythian platforms (Eastern Romania), he also contributes to the knowledge on the Late Cretaceous and other Cenozoic vertebrate faunas from Romania. 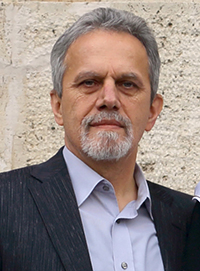 Dr. Márton Venczel is a Senior Researcher and Head of the Natural Sciences Department at the Țării Crișurilor Museum (MTC). He graduated with a degree in Biology from the Faculty of Biology-Geology-Geography at the Babeș-Bolyai University (UBB) in Cluj-Napoca (1981), and got a PhD in Biology at UBB (1996), the main topic of his thesis being the palaeontological and palaeoecological study of Quaternary snakes from Bihor, Romania. He specializes in the biology and palaeontology of amphibians and reptiles, including their comparative anatomy and ecology, with numerous contributions in the study of Cretaceous to Quaternary herpetofaunas of Central and Eastern Europe.