Character matrix of wing and tegmina characters. Taken from Rehn (1951). We read through the original document and extracted character data from the taxonomic keys and descriptions of taxa. When conflicting information was encountered, we recorded both accounts and noted the conflict with an "or" statement or with a "?". In some cases, character information was inferred and marked with a "?", but most often missing data was left blank. (Supplied as XLS file.)

Comment on use of Rehn, JWH. (1951). “Classification of the Blattaria as indicated by their wings (Orthoptera)”. Memoirs of the American Entomological Society. 14. 1-134

As his doctoral dissertation, John W.H. Rehn (not to be confused with J.A.G. Rehn, his father) did an extensive review of the wing and tegminal morphology of cockroaches. Given that fossil cockroaches are largely classified based on their wings, this publication is a major point of reference. However, cockroach wing morphology is currently known to give erroneous phylogenetic signal (Princis, 1960; Klass, 2001) and thus fossil classifications may suffer from this error. That is not to say that Rehn (1951) is not an important work. It is a major resource for wing morphology and it set many of the conventions used today. However, as we discuss below, the many errors in this paper make improper use of the work potentially misleading.

In historical context Rehn’s paper was important, although perhaps not as influential as McKittrick (1964) or Princis (1963). At first it was received positively. Gurney (1951) reviewed Rehn (1951) and said, “Fundamentally, the classification which he offers appears to be very sound, and modifications which specialists will undoubtedly suggest will in no way detract from the basic value of the work or the regularity with which it will be consulted for many decades”. However, soon the work’s classifications were largely rejected (Princis, 1960; McKittrick, 1964) with some exception (for examples see [Roth and Willis 1957; Roth, 1977, 1996]). In the modern era, phylogenetic studies generally do not reference “Classification of the Blattaria as indicated by their wings” (Grandcolas, 1996; Maekawa et al., 1999; Deitz et al., 2003; Maekawa et al., 2003; Ware et al., 2008; Djernæs et al., 2012; Djernæs et al., 2015) with the exception of a single morphological character cited by Thorne and Carpenter (1992) or references to its illustrations (Klass and Meier, 2006).

The paper consists mainly of morphological descriptions of wings and tegmina at various taxonomic levels (superfamilies, families, subfamilies and tribes), and a series of wing and tegminal illustrations. Although the paper represents an exhaustive synthesis of data, much of the written work is unreliable. The language of the work is highly subjective, often vague and sometimes inconsistent. Illustrating all three of these points, the dissertation frequently refers to the length of the subcosta as simply “long” or “short”. This is sometimes expanded upon by giving the subcostal length relative to wing length. However, references to a subcostal length equivalent to half the wing length are described as both “long” or “short” at different times. There are many other instances where the assertions about comparative morphology are often incorrect when simply cross referenced with other parts of this work (in particular see the examples at the end of this section). Finally, Klass and Meier (2006) point out that Rehn (1951) is unable to thoroughly define vein homologies because he omits detailed analysis of the wing base.

The characters described in the paper are infrequently uniformly distributed within the clades defined, and they are almost always plesiomorphic or homoplastic. Maybe most unfortunate of all, the paper fails to describe the state of many of characters in a large proportion of the taxa discussed (57% empty cells in Appendix 1).

Rehn did complete an extremely ambitious undertaking in his 1951 paper, and much of this contribution is still valuable. Many authors still use the terminology in Rehn (1951) for the wing and tegminal veins (e.g., Anisyutkin, 2008, 2014; Wang et al., 2014; Evangelista et al., 2016). The illustrations are a common point of reference and are reproduced in multiple works (e.g., Klass, 2001). However, relying solely on the written descriptions of wing venation can be misleading.

Below are only some of the errors and inconsistencies in “Classification of the Blattaria as indicated by their wings”. “Conflicts” or “contradictions” refer to instances where the author made irreconcilable statements about the state of a morphological character in a taxon.

Latindiinae - The description of the subfamily conflicts with the descriptions of the tribes it contains. The number of branches on R1 in the wings is unclear.

Nyctiborinae - Contradiction about the regularity of the radial veins.

Epilamprinae - Contradiction about the branching of the media vein, and the distance between p3 and the branched axillary.

Nauphoetini - There is a conflict about the minimum number of branches on the branched axillary vein of the wings. It is also unclear if there is an apical posterior branch on the radius or not.

Panchlorini - There is a contradiction about the regularity of branches in the subcosta of tegmina.

Thoracini - There is a conflict in the number of branches in the branched axillary veins in the wings.

Parcoblattini - Many of the characters he discusses in other sections are completely missing from this description.

Eustegastini - Conflicting statements about the number of branches of the media of the wings.

Ischnopterini - Conflicting statements about the presence of apical radial rami of tegmina. There is a contradiction of terminology about the apical or anterior subcostal rami. Finally, a contradiction about the number of cubital veins going to the plical furrow tegmina.

Plectopterini - contradiction in the direction of the branches coming off of the fused media and cubitus of tegmina.

Reflectance Transformation Image (RTI) of “Gyna” obesa (Piton, 1940). High resolution photographs with hemispherical lighting with a focus on the pronotum and thorax. Various light angles emphasize different ridges in the fossil and make it difficult to discern which path the posterior edge of the pronotum takes. The more posterior candidate for the edge of the pronotum could be sculpturing of the middle thoracic segment. The file can be viewed with RTI viewer 1.1.0 (http://culturalheritageimaging.org/What_We_Offer/Downloads/View/) and as zipped RTI file. 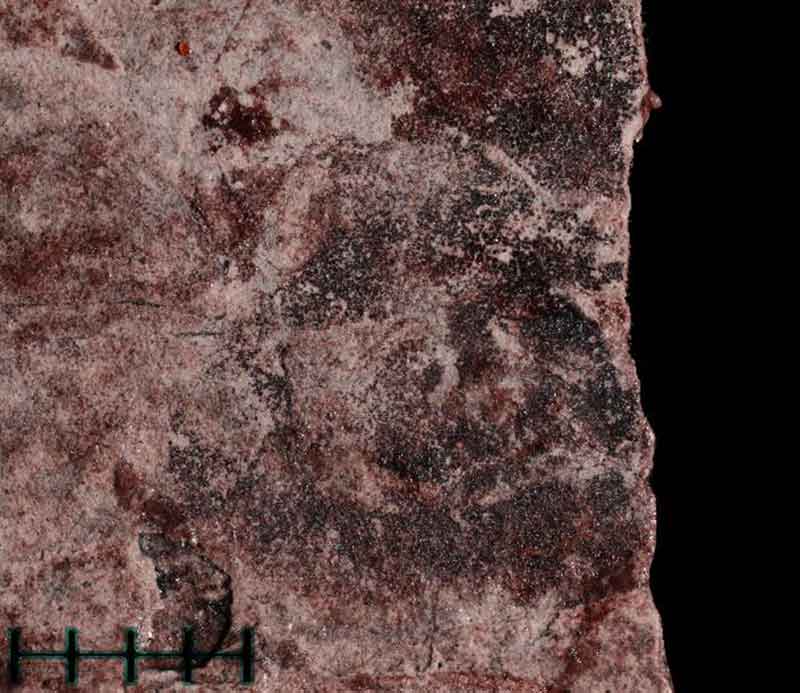 Fossil Blattodea s.s. from Fossil Works database. A list of fossil cockroaches based on the fossil works database (Alroy et al., 2016). The ages and phylogenetic determinations in the list are presented without our scrutiny. We discuss many of these fossils in the paper and consider many of them to be unreliable. (Available as xls file.)