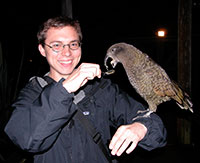 Dan Ksepka is a vertebrate paleontologist and evolutionary biologist at the National Evolutionary Synthesis Center. He received a BS in Geological Sciences from Rutgers University and a PhD in Earth and Environmental Sciences from Columbia University through the American Museum of Natural History joint fellowship program. His current research focuses on exploring patterns of congruence and disparity between fossil ages and molecular divergence dates. Dan is also interested in major evolutionary transitions in birds, especially the evolution of wing-propelled diving in penguins. He enjoys sharing science with all types of audiences and blogs at March of the Fossil Penguins (fossilpenguins.wordpress.com). 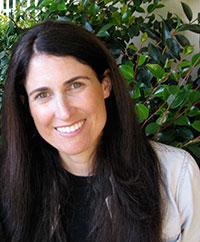 Julia Clarke is an Associate Professor in the Jackson School of Geosciences at The University of Texas at Austin. Julia’s research focuses on using phylogenetic methods and diverse data types to gain insight into the evolution of birds, avian flight and the co-option of the flight stroke for underwater diving. She is particularly interested in understanding shared patterns and potential causal factors in the evolution of living bird lineages. International collaborations and fieldwork provide new fossil data to approach these questions. She received a B.A. from Brown University and a Ph.D. from Yale University (2002).