FIGURE 1. Wing venation of Anisoptera (after Bechly et al., 2001) (details for the abbreviations in Appendix 1). 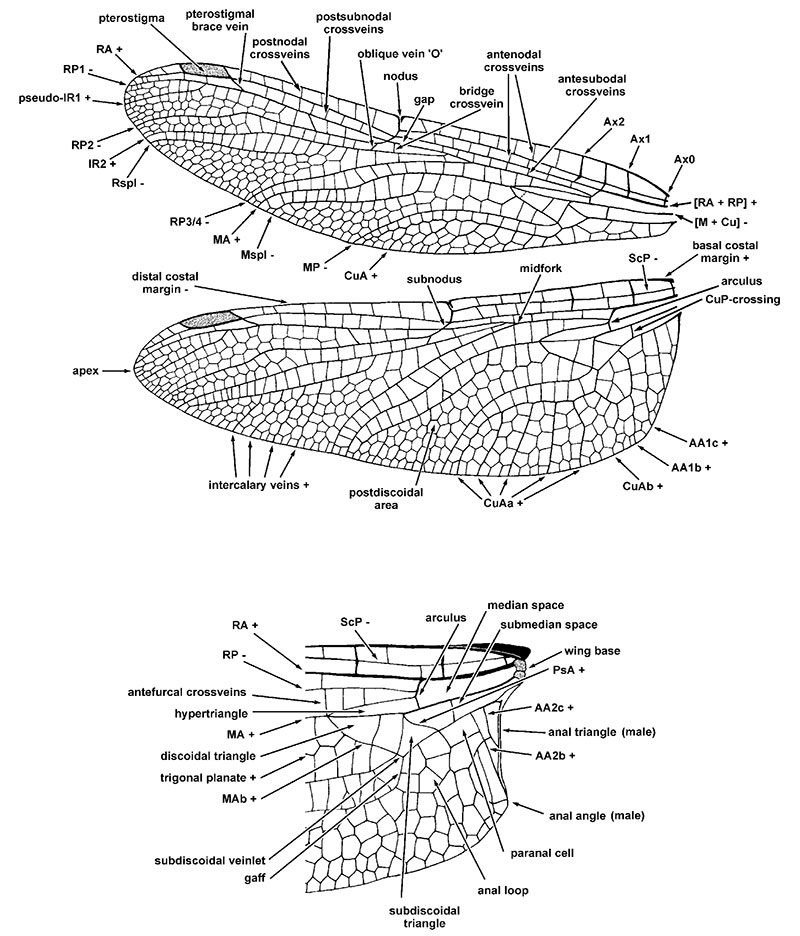 FIGURE 3. A cladogram of Odonata (adapted from Carle et al., 2015) showing the phylogenetic relationships among Anisopteran families. The species highlighted in blue are the crown group fossils discussed in this manuscript. Node numbers are listed in the order in which they are discussed in the manuscript. Node ages indicate the minimum age of the crown fossil used. The question mark indicates weak support for the node Petaluridae + Gomphidae (see Carle et al., 2015 for more details). Extinct species are indicated by a dagger. Note: nodes 2, 5, 6, 8, 9, and 10 are drawn for simplicity, but these fossil taxa may be nested deep within the family to which they are assigned. The fossils shown in the tree are not sister to the rest of the members of the family. 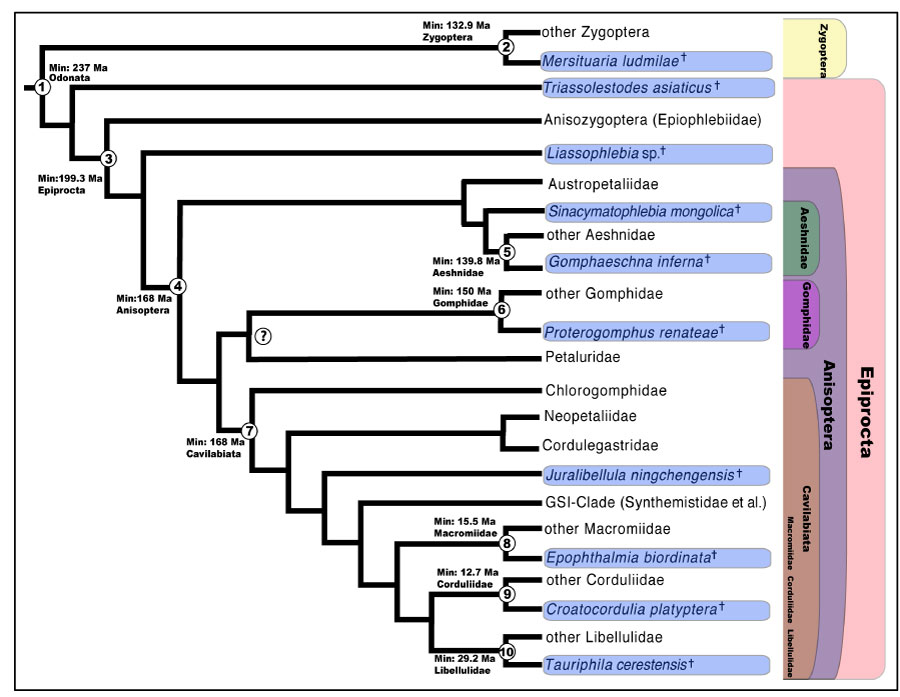