FIGURE 1. Phylogeny of Caenophidia from Pyron et al. (2013a) temporally calibrated on minimum ages reported here. Taxon names in grey have not been described in the fossil record. Taxon names in black have been described from fossils. See Holman (2000) and Szyndlar (2012) for records. Taxa labeled with two identifiers represent the most inclusive clades subtended by those identifiers following Pyron et al. (2013a). 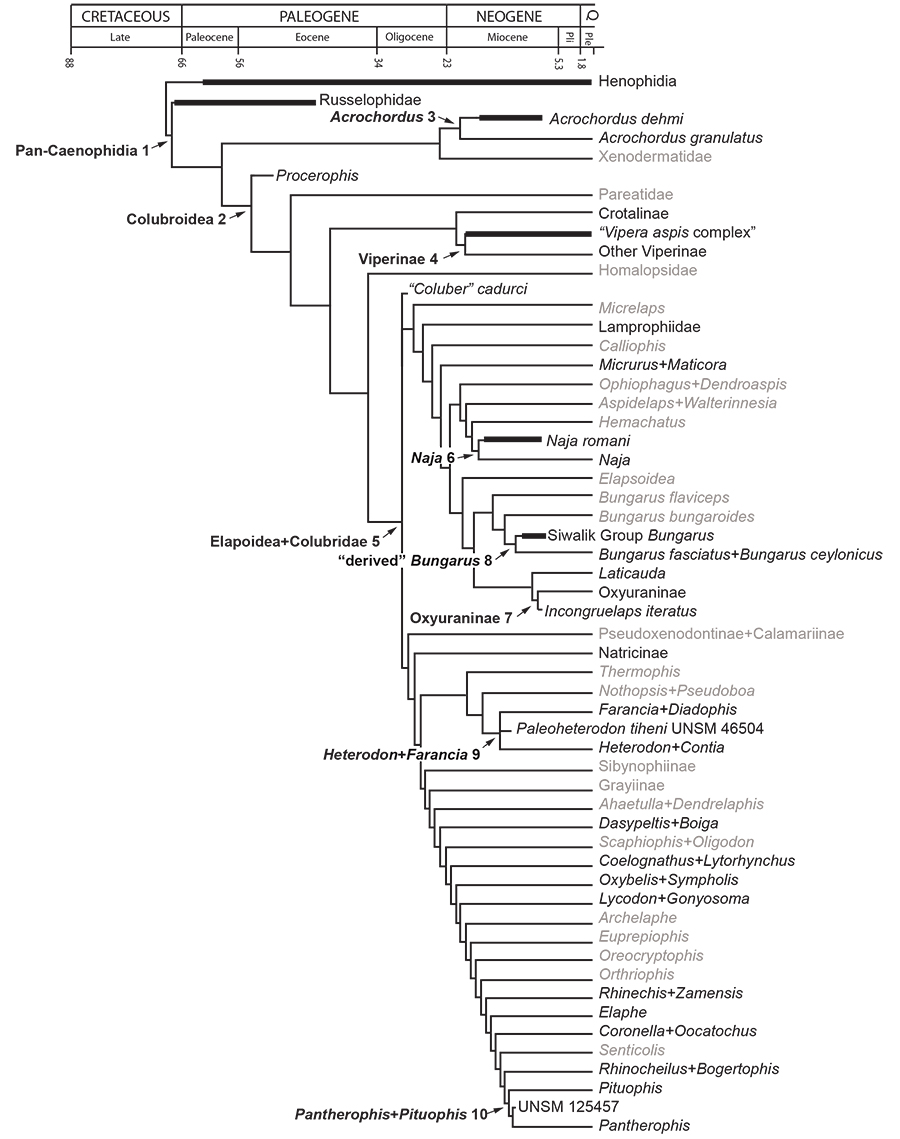