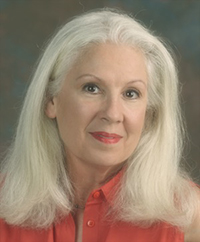 Debra Stults earned an M.S. in Biology and Ph.D. in Marine Sciences, with studies focusing on paleobotany, palynology, paleoclimatology, and paleo-CO2 atmospheric concentrations during the Late Neogene. She is currently involved in research on Upper Cretaceous through Pleistocene floras from various sites along the Mid-Atlantic to Gulf of Mexico Coastal Plains. Her primary goals center on continued paleobotanical research at the University of South Alabama. A portion of her time on campus is spent teaching biology students. The route to paleobotany was not a direct one, as a B.S. degree in Medical Technology attests. Thus, she will also continue with clinical duties at the University of South Alabama Children's and Women's Hospital. 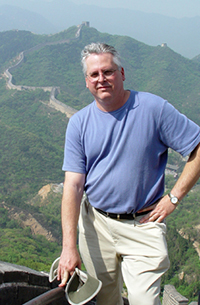 Brian Axsmith is a Professor in the Biology Department at the University of South Alabama, where he teaches Ecology and Evolution, Evolutionary Biology, and the Evolution of Vascular Plants. He is also Graduate Coordinator for the department's MS program. His main research interests are the Mesozoic paleobotany of eastern North America and China, and the Neogene of the Gulf Coastal Plain. Much of his work has dealt with the evolution of conifers, but he has worked on nearly every major group of vascular plants. When not working on fossil plants, he plays bass in several local groups.