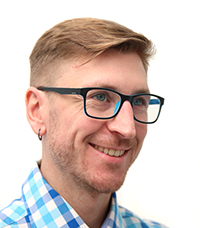 Marek Dec is an early vertebrate paleontologist interested in the evolution of Paleozoic agnathans, especially their ecology and hydrodynamic with computational methods analysis. Marek received his M.Sc in Paleontology (2010) from the University of Warsaw. In 2010-2014 he was Ph.D. in palaeobiology candidate, GEOBIOS, Institute of Paleobiology, Polish Academy of Sciences, Warsaw (Paleozoic agnathan from Poland).